Amnesic stroke refers to a memory disorder that occurs suddenly and lasts only a few hours, hence its other name of transient global amnesia. It affects anterograde memory and therefore the ability to form new memories after the onset of amnesia. The amnesic ictus is a brutal and traumatic disorder for the person affected and for those around him, but benign: it resolves spontaneously in a few hours, without specific treatment, leaves no sequelae, and the risk of recurrence is low. Its incidence in the world is estimated between 3 and 10 cases per year and per 100 000 people. But within the subpopulation aged 50 and over, it can exceed 30 cases per year and per 100,000 people. 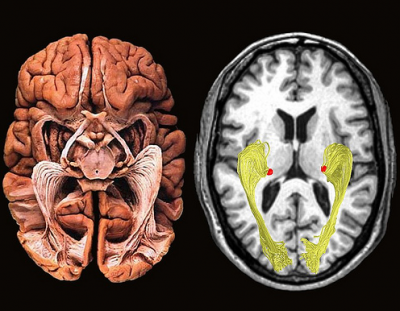 The person with an amnesic stroke and therefore anterograde amnesia is unable to record new information and to remember events following the sudden onset of amnesia. She finds herself in a state of disorientation spatio-temporal and anxious, repeating the same questions: what day is it? Why am I in the emergency room? Etc. Transient global amnesia is sometimes accompanied by headache, dizziness, nausea, and vomiting. These symptoms sometimes cause the entourage to fear a stroke .

Amnesia is isolated. It is not accompanied by an impairment of cognitive abilities: the person suffers no disturbance of consciousness, language or motor skills, remains alert and attentive to external stimuli, able to reason and perform tasks complex such as driving a vehicle. Similarly, the amnesic stroke is not accompanied by epileptic manifestation. The victim will emerge from this “memory hole” without memory of the event, but unscathed, a few hours after the onset of the amnesic stroke and up to a maximum of 24 hours. In fact, anterograde memory disorders can persist for months, but they are minor and in no way disabling.

The origin of the amnesic ictus is not formally identified, but there are several hypotheses as to the possible causes: ischemia in the hippocampus region (resulting in a lack of oxygenation) is the track now favored by researchers , relegating to the background the preceding hypotheses, without excluding them from an epileptic or migraine phenomenon. Finally, it is not excluded that this is a purely psychological element, victims are often subject to anxiety and more often reached in times of overwork.

Various factors have been identified as triggers for amnesic stroke: intense psychic or physical stress, sexual intercourse and even bathing in cold water (non-exhaustive). Amnesic stroke particularly affects people between the ages of 40 and 80, with a frequency peak between 60 and 70 years old. He strikes men and women indiscriminately.

There is no specific treatment for amnesic stroke as it resolves spontaneously within a few hours. Recidivism is relatively infrequent, the annual risk of recidivism being of the order of 2-3%.