The aneurysm is a swelling of the artery wall, the rupture of which leads to haemorrhage, with a risk of mortality. It can involve different organs such as the kidneys, the heart or the brain.

Definition of the aneurysm

Aneurysm is characterized by a hernia in the wall of an artery, reflecting the weakening of it. Aneurysms can remain silent or break, causing serious health problems or even death.

An aneurysm can occur in important arteries such as those that supply blood to the brain and aorta.

Aneurysm can also occur in the peripheral arteries – usually behind the knee – although the rupture of these is relatively rare.

The two most important locations for aneurysms are:

In the artery that irrigates the brain: it is a cerebral aneurysm, often called intracranial aneurysm. 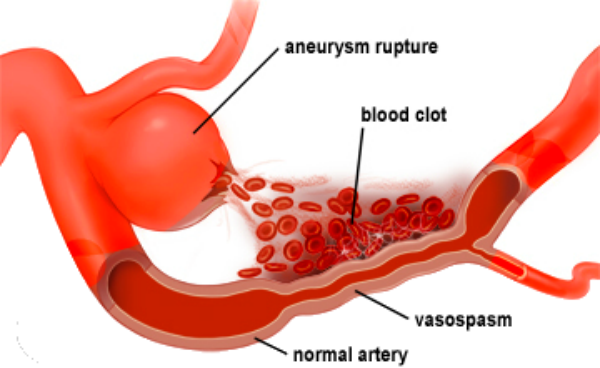 How are aneurysms formed?

Swelling in an artery occurs as a result of thinning of the wall, allowing the blood pressure to abnormally widen the arterial wall.

An aortic aneurysm usually takes the form of a bulge that is uniform all around the artery, whereas the cerebral aneurysm is reflected rather by the formation of a bulge that takes the shape of a sac, usually at a where the arteries are the most fragile.

Brain aneurysms with rupture are the most common cause of a type of stroke, known as subarachnoid hemorrhage. This type of stroke is less common than ischemic stroke.

Why do aneurysms develop?

It is not completely understood why the arterial wall weakens and as it does to cause an aneurysm.

It is known, however, that a number of risk factors are known to be associated with the development of aneurysms.

Diagnosis of the cerebral aneurysm

If you have a sudden or severe headache or other symptoms that may be related to an aneurysm, you will have a test or series of tests to determine if you have bleeding in the space between your brain and the surrounding tissue (hemorrhage subarachnoid) or a form of stroke.

If bleeding has occurred, the emergency team will determine if an aneurysm is the cause.

If you have symptoms of a cerebral aneurysm without rupture – for example, with pain behind the eye, vision problems and paralysis on one side of the face – you will likely experience the same tests.

The use of imaging tests to detect unruptured cerebral aneurysms is generally not recommended unless the patient has a family history with a first-degree relative (parent, sibling). 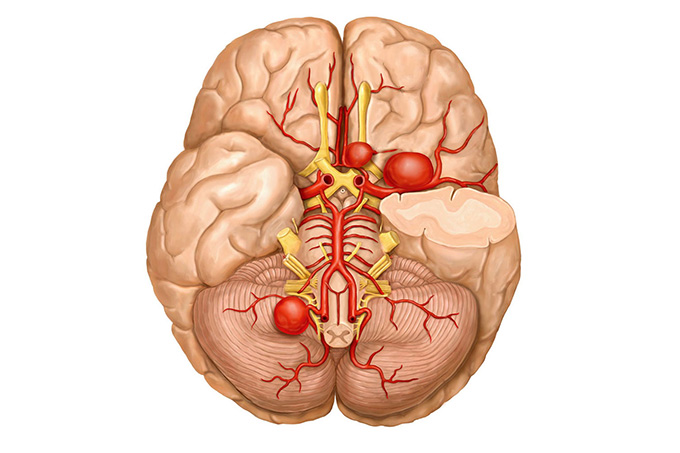 Complications of the aneurysm

The majority of people living with aneurysms do not suffer complications. The management of risk factors is important, however.

The complications of the aneurysm are as follows:

The case of the cerebral aneurysm

When a cerebral aneurysm breaks, the bleeding usually lasts only a few seconds. Bleeding can cause damage to surrounding brain cells (neurons). It also increases the pressure inside the skull.

If the pressure becomes too high, the blood and oxygen supply to the brain can be disrupted to the point that loss of consciousness or even death can occur.

Complications that may develop after rupture of aneurysm include:

The signs of cerebral aneurysm rupture are as follows:

A sudden and severe headache is the key symptom of aneurysm rupture. This headache is often described as the “worst headache” ever known.

Common signs and symptoms include:

In the case where the aneurysm does not result in a rupture of vessels, the possible symptoms are as follows:

If an aneurysm does not rupture, it can contribute to the formation of blood clots that will clog smaller blood vessels, possibly resulting in an ischemic stroke.

Abdominal aneurysms are sometimes associated with abdominal or lumbar pain.

Similarly, thoracic aneurysms can cause symptoms by affecting nerves such as the vagus nerve and other blood vessels, which can cause chest or back pain and symptoms such as coughing, or difficulty breathing or swallowing.

The symptoms may also be related to the cause of the aneurysm rather than to the aneurysm itself. In case of infection or vasculitis (inflammation of the blood vessels) for example, there may be fever, discomfort or loss of weight. 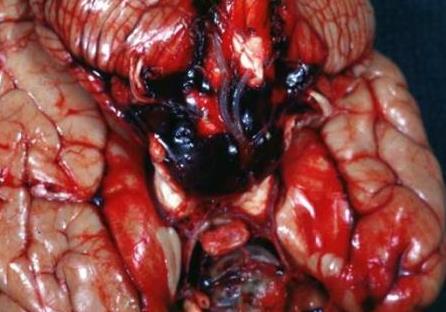 How to prevent aneurysm rupture?

All cases of aneurysm without rupture require active treatment, but when the aneurysm breaks, emergency surgery is required.

The decision to operate an unruptured aneurysm in the aorta depends on a number of factors related to the patient’s state of health, age, and characteristics of the aneurysm itself (size and speed of development).

To operate aneurysm of the aorta, there are two operative techniques that will be chosen according to the severity and location of the aneurysm. 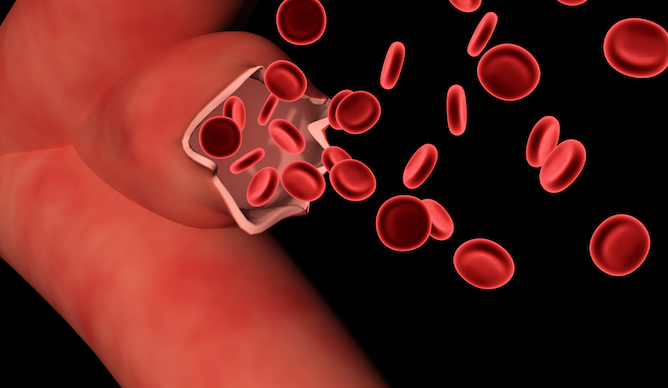 It requires removing the aneurysm after clamping (using a forceps) of the artery. The circulation in the aorta is interrupted and the part of the damaged artery will be replaced by a prosthesis.

It is a minimally invasive procedure of inserting a plastic tube (catheter) into an artery, usually into the groin, and then driving a platinum wire through the catheter to the aneurysm site. The wire wraps around the aneurysm, disrupts blood flow and causes blood clotting. Endovascular surgery is usually preferred over traditional surgery, especially because the operating time and hospital stay are shorter.

However, endovascular surgery has risks, in addition to those usually encountered during surgery.

Aneurysms that are less likely to rupture are not surgically treated because of the potential risk of brain damage resulting from possible surgical complications.

When a cerebral aneurysm with rupture results in subarachnoid hemorrhage, the patient will be admitted to hospital urgently and undergo brain surgery to close the disrupted artery, to prevent further bleeding.

There are medications available to relieve symptoms and manage complications.