Asperger’s syndrome is a disorder in the family of autism, a pervasive developmental disorder that affects between 350,000 and 600,000 people worldwide and manifests itself in childhood. Asperger syndrome has a neuro-biochemical origin associated with a genetic problem probably involving several genes, is distinguished by the fact that the intelligence of the person affected remains intact although neurological disorders affect the activity of the brain. The subjects affected by this syndrome have difficulties in socializing and interacting with other people. It is a chronic disability that we do not know how to cure. 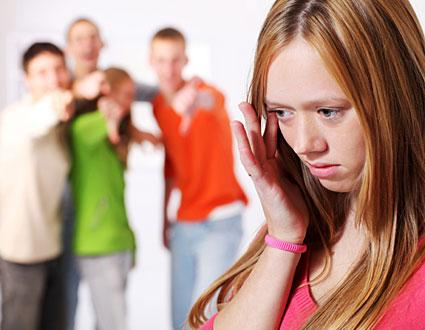 Asperger’s syndrome is a neurological disorder of the autistic spectrum that affects the brain and is part of pervasive developmental disorders. Boys are more exposed than girls (about 4-5 times more). The causes of the disease are unexplained, although the genetic factor (heredity) is often put forward.

Disorders associated with Asperger’s Syndrome result from poor transmission between reception and information processing at the brain level. This anomaly results in a different perception of life and the world around it by the patient, and abnormalities in the interactions between people.

Before 3 years old, Asperger’s syndrome is undiagnosed. However, signs are already often present, and the child communicates little with his parents by gestures, babbling, smiles, and laughter.
From the age of 3, the symptoms become more visible. Children are not interested in interacting with people around them, but focus or focus on specific topics and objects. Nonverbal language is difficult to decode for them. So they often react in ways that seem inappropriate because they do not understand implicit codes.

Asperger’s syndrome is manifested by difficulties in communicating, socializing, and dealing with noise or a very stimulating environment. Repetitive movements are often observed in children, difficulties in co-ordinating movements, and being in time and space. Sufferers have difficulty understanding the abstract and emotions. They are able to experience feelings such as love, but in a different way.

All children with Asperger Syndrome do not necessarily have all the symptoms listed. The severity of the disorder also varies from one child to another.

Children with Asperger’s Syndrome are often intelligent, perfectionist and demanding children who value details that can be missed by others. They have specific interests that are sometimes out of the ordinary for children their age, such as space conquest or trains. They are endowed with a remarkable memory and logic is the foundation of their reasoning. They also have great insight and good analytical skills .

In adults, Asperger’s syndrome continues to present the same symptoms with three axes (autistic triad) as in children: 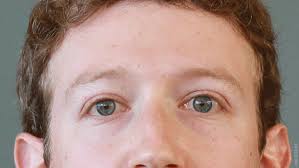 Asperger’s syndrome is difficult to diagnose because symptoms can lead the physician to another pathology, especially a mental condition such as schizophrenia. It is sometimes after several years, after a regular follow-up of its behaviors and its nature, that the diagnosis is confirmed.

There is no cure for Asperger Syndrome.
Research, however beginning to show interesting results with the use of a diuretic, the bumetamide , which used in children causes a decrease in the severity of autism for three quarters of children.

It is important for the child’s family, especially his family, to understand the thought processes associated with the illness in order to adapt their behavior. It is necessary to protect the child from noise, to limit his social interactions and not to overwhelm him with information, without plunging him into isolation. These measures aim to reduce his anxiety so that he feels comfortable.
The action for children with Asperger’s syndrome involves learning how to manage their skills in order to adapt to the world and people around them. This is put in place by teaching them to compensate for the difficulty of decoding behaviors and communication through learning to behave as much as possible, or at least sufficiently adapted. These learnings prevent them from developing stress, anxiety, depression or violence towards themselves or the outside world.
Behavioral therapies have thus demonstrated an effect on the ability to control angry outbursts.
Computer programs that help to learn face recognition in Asperger’s children have also been shown to be effective.

Behavioral therapies can also help the child to adapt to unusual situations in which he will not know spontaneously how he is supposed to behave.

Early Intensive Behavioral Intervention (ICIP) programs are a very common use of parents with children with Asperger Syndrome.These are ABA, PECS, Integration, and Teach, Greenspan or social scenarios.

The enrollment must be done alongside typical children (who do not suffer from developmental disorders so that it takes confidence and learn to adapt to the codes that govern society.

The child can benefit from a multidisciplinary follow-up by a doctor, a speech therapist, a psychomotor and a psychologist .