Although these behaviors may be found in all humans, they are abnormally pronounced and prolonged in those with ADHD. They are also present in all the circumstances of life (not only at school or only at home, for example).

Three symptoms characterize ADHD: inattention, hyperactivity and impulsivity. They may be present in varying degrees. For example, a child who is still “in the moon”, who does not complete his homework, who does not hold the instructions and who constantly loses his personal belongings, but who is not particularly agitated, could be suffering from ADHD. Another, especially hyperactive, impulsive and agitated, but who can concentrate relatively well when tasks are of interest to him could also be reached. In general, hyperactivity and impulsivity are more pronounced in boys than in girls.

The vast majority of people with ADHD have a neurological origin that may be dependent on heredity and environmental factors. Experts are emphatic about this: ADHD is not caused by unmet emotional needs or psychosocial problems, although it can be exacerbated by these factors.

ADHD is usually diagnosed around 7 years old. However, children with ADHD have difficult behaviorsbefore they return to school, often as young as 2 years old.

It is the most common neurobehavioral disorder in children: 5% to 10% of them would be affected. It has long been argued that it is more prevalent among boys, probably because boys with ADHD have a more hyperactive behavior, which is more noticeable than that of girls (where inattention predominates). However, the most recent studies do not seem to reveal significant differences between the sexes.

It is not easy to diagnose ADHD because the same symptoms may result from other disorders more or less closely related to ADHD. Therefore, the diagnosis of ADHD will be based on a thorough assessment of the child and his / her environment. There is no neurological or psychological test that can formally diagnose the disease. According to the criteria of the American Psychiatric Association, one must observe a number of symptoms of inattention or hyperactivity / impulsivity in a child that ADHD is diagnosed.

For the diagnosis to be confirmed, it is important to know that:

The ADHD is a complex condition that has no single cause. It is a disorder of neurological origin, related to abnormalities of development and functioning of the brain.

Thus, researchers have observed that in children or adults with ADHD, the brain areas responsible for attention, sense of organization and movement control become abnormally active or have a singular anatomy. They also noted an imbalance in the levels of certain chemical messengers (neurotransmitters) in the brain, such as dopamine and norepinephrine .

Genetics Hereditary
factors play a major role in the development of ADHD. Indeed, in studies conducted on identical twins, researchers have discovered that when a twin has ADHD, in 80% of cases, the other are also. In addition, most children with ADHD have at least one family member who suffers from it. Overall, a quarter of parents of ADHD children have a history with the disease turn. Several genes involved in ADHD have been identified, but genetic factors alone do not explain the disease.

The environment
Exposure to certain toxic substances (alcohol, tobacco, lead, pesticides, etc.) during fetal life would explain 10% to 15% of cases. Other environmental factors, not all identified, probably contribute to the onset of the disease in genetically predisposed children.

Brain Injury
A brain injury or infection, a lack of oxygen at birth, or other birth-related complications can increase the risk of ADHD. See the sections at Risk and Risk Factors.

Many children with ADHD also have one or more of the following conditions. 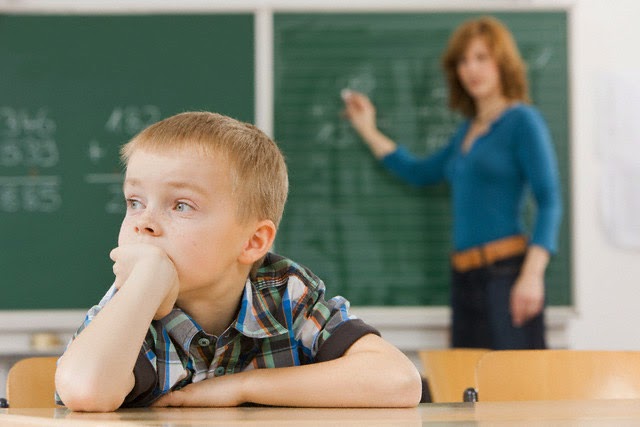 As adults, ADHD can cause serious behavioral and social problems. Nearly half of adults with ADHD suffer from anxiety disorders that disrupt their social integration and life balance. In addition, people with ADHD are more likely than others to be addicted to alcohol or drugs.
It is therefore very important to make every effort to detect and treat ADHD as best as possible from childhood.

The 3 main features of ADHD are inattention, hyperactivity and impulsivity. They are manifested as follows, with varying intensity. The main symptoms of inattention, hyperactivity and impulsivity are expressed differently. The adult with ADHD leads a rather chaotic life.

People at risk for ADHD

There does not seem to be any cure. The goal of management is to mitigate the consequences of ADHD in the child or adult, that is to say, his academic or professional difficulties, his suffering related to the rejection he often undergoes, his low self-esteem, etc.

Creating a context that allows the person with ADHD to live positive experiences is therefore part of the approach advocated by physicians, psychoeducators and remedial teachers. Parents also play a crucial role. Although many professionals accompany the child and the family, “parents remain the most important” therapists “for these children,”.

Here are the types of drugs used. They are not always necessary and they must always be associated with one or more psychosocial approaches (see below). Only a complete medical evaluation will determine if medication is required.

The methylphenidate (Ritalin, Rilatine, Biphentin, Concerta, and PMS-Méthylphénidate) is the drug by far the most used in ADHD. It does not cure the disorder or prevent its persistence in adulthood, but it reduces the symptoms as long as the person is in treatment.

It is a stimulant that increases the activity of dopamine in the brain. Paradoxically, it soothes the person, improves his concentration and allows him to live more positive experiences. In children, improvement of school results is often observed. Relationships are also more harmonious with parents and friends. The effects can be spectacular. With rare exceptions, methylphenidate is not prescribed before school age.

The dose varies from person to person. The doctor adjusts it according to the observed improvements and the undesirable effects (problems of sleep, loss of appetite, stomachaches or headaches, tics, etc.). The side effects tend to fade with time. If the dose is excessive, the person will be too quiet, or even idle. A readjustment of the dose is then necessary.

In the majority of cases, the drug is taken 2 or 3 times a day: one dose in the morning, another at noon, and if necessary, one last in the afternoon. Methylphenidate is also available as long-acting tablets, taken once a day, in the morning. It should be known that methylphenidate does not create any physiological or psychological addiction.

Other drugs may be used as needed, such as amphetamine derivatives (Adderall, Dexedrine). Their effects (beneficial and undesirable) resemble those of methylphenidate. Some people respond better to one class of medication than another.

A non-stimulant drug, atomoxetine (Strattera), would also reduce the main symptoms of hyperactivity and inattention caused by ADHD. One of his interests is that he would not influence the quality of sleep. It would allow children to fall asleep faster and be less irritable compared to children taking methylphenidate. It would also reduce anxiety in children who suffer from it. Finally, atomoxetine may be an alternative for children in whom methyphenidate causes tics.

The child should be seen again 2 to 4 weeks after the start of treatment, then at regular intervals of a few months.

Various interventions can help the child, adolescent or adult to control their symptoms. There are multiple forms of support that help, for example, to improve attention and reduce anxiety related to ADHD.

The best results are achieved when parents, teachers, doctors and psychotherapists work together.

Live better with a hyperactive child

Since the hyperactive child has attention problems, he needs clear structures to promote his learning. For example, it’s better to give him one task at a time. If the task – or the game – is complex, it is best to break it down into steps that are easy to understand and do.

The hyperactive child is particularly sensitive to external stimuli. Being in a group or in a distracting environment (TV, radio, outdoor agitation, etc.) can act as a trigger or aggravating factor. For schoolworkor other tasks requiring concentration, it is therefore recommended to settle in a quiet place where there will be no stimulus likely to divert his attention.

For kids who have trouble falling asleep, some tips can help. Children can be encouraged to exercise physically during the day, but enjoy soothing activities such as reading before going to bed. You can also create a relaxing atmosphere (subdued lighting, soft music, essential oils with soothing properties, etc.). It is advisable to avoid television and video games in the hour or two hours before bedtime. It is also desirable to adopt a sleep routine that is as constant as possible.

Taking Ritalin often changes the eating habits of the child. In general, he has less appetite for lunch and more for dinner. If so, give the child the main meal when the child is hungry. For lunch, favor small portions of varied foods. If necessary, nutritious snacks can be offered. If the child is taking a long-acting medication (a single dose in the morning), hunger may only occur in the evening.

Living with a hyperactive child requires a lot of energy and patience from parents and educators. It is therefore important that they recognize their limitations and ask for help as needed. In particular, it is advisable to provide “respite” times, including for siblings.

The hyperactive child does not have the notion of danger. This is why he usually asks for more supervision than a normal child. When keeping such a child, it is important to choose a reliable and experienced person to avoid accidents. Force, cries and corporal punishment are usually of no use. When the child “goes overboard” or the behavioral problems get bigger, it is better to ask him to isolate himself for a few minutes (in his room, for example). This solution allows everyone to find a little calm and regain control.

As a result of being reprimanded for their behavioral problems and gaffes, hyperactive children may suffer from a lack of self-confidence. It is important to highlight their progress rather than their mistakes and to value them. The motivation and incentives work better than punishment.

Finally, we often talk about the “unmanageable” side of children with ADHD, but we must not forget to highlight their qualities. They are usually very affectionate, creative and sporty children. It is crucial that these children feel loved by the family, especially as they are very sensitive to the marks of affection.