Avian influenza is a disease caused by so-called “influenza type A” viruses that usually infect wild birds (especially ducks and geese) and domestic birds. These viruses are almost always transmitted between birds. But, from time to time, one of these viruses is transmitted to the man who then contracts what is called an avian flu , flu from birds.

What experts fear is that one day; a highly pathogenic avian influenza virus will be transmitted from person to person, leading to a human-to-human epidemic. For the moment, bird flu is transmitted from infected birds to humans, which limits the number of infected people, since few people are in direct contact with birds in the population. Wild birds are usually only slightly sick when they contract these viruses, if at all. They cause a little cold of wild birds! In contrast, farmed birds (chickens, turkeys …) are much more fragile vis-à-vis these viruses.

As influenza viruses evolve undergoing mutations, some pathogenic viruses can cause epidemics in birds, to the extent that this is sometimes called “avian plague” or “chicken Ebola”. And sometimes, with some viruses, the transmission to humans is more frequent. Thus humans were infected with avian influenza in 1997 (H5N1 avian influenza virus, with 6 human deaths) in Hong Kong, in 2003 with the H7N7 avian influenza virus in the Netherlands (a fatal human case), in 2013 with the bird flu virus H7N9 in China. In 2016, there is an epidemic of H5N8 avian virus in France that has not affected humans, but is highly pathogenic for farmed birds.

The most dangerous bird flu virus known to date has been H5N1.

The symptoms of bird flu

The person who gets the bird flu has almost always had close contact with infected poultry.

How is bird flu caught?

To contract avian influenza, you must be in contact with the virus. Thus, the risk factors are:
– Direct or indirect exposure to infected living animals.
– Direct or indirect exposure to infected dead animals.
– Exposure to contaminated environments.
The transmission of the avian influenza virus is:
– by dust contaminated by droppings or respiratory secretions from birds.
– The person who is contaminated is either by the respiratory route (it breathes this contaminated dust), or by the ocular route (it receives a projection of this dust or excrement or respiratory secretions in the eyes), or by contact with the hands (which are then rubbed on the eyes, nose, mouth …) 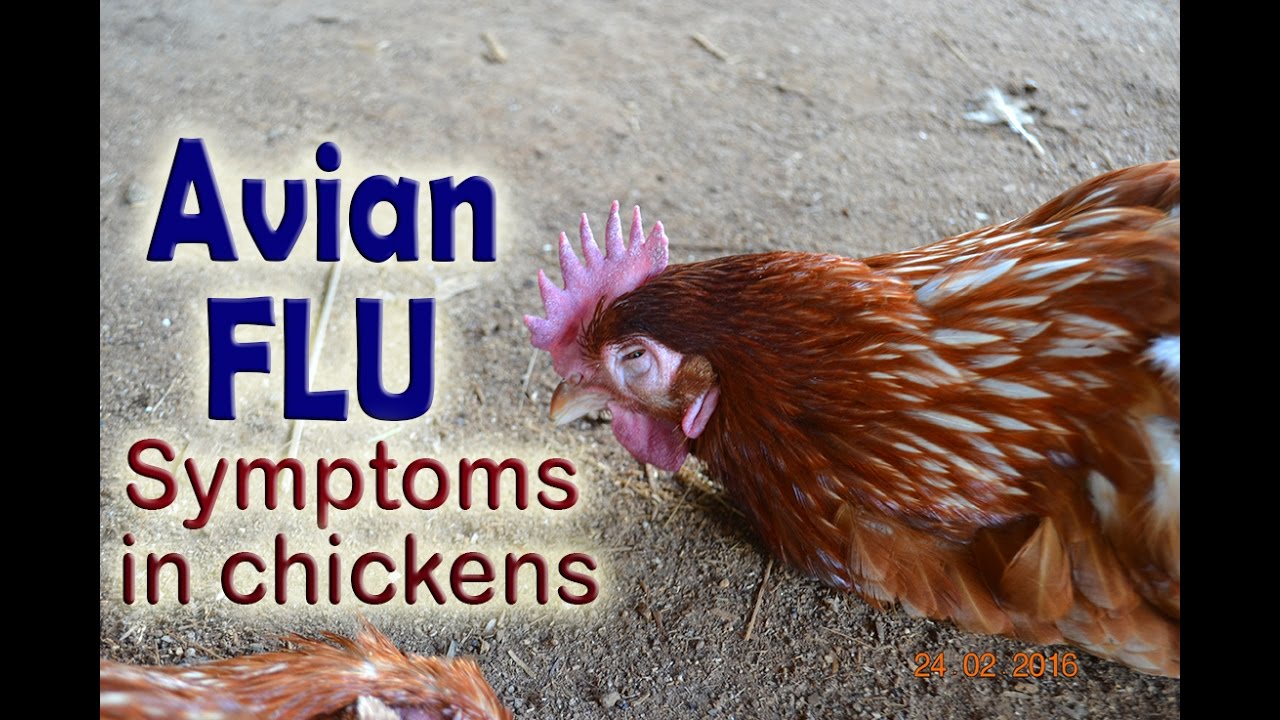 How to prevent bird flu?

The seasonal flu vaccine is not a protection against avian influenza viruses.

In the case of a human-caused avian influenza epidemic, it would take at least 6 months to develop an effective vaccine that is adapted to the virus.

Some antiviral medicines can be used for prevention. This means that if one day, an epidemic of avian flu occurred with a virus transmitting from person to person, in region of epidemic, it is possible to take a medicine avoiding to get sick. If this happens, the first people treated would be the health staff, in order to treat the sick (nurses, doctors, caregivers …)
The Public Health Agency France’s mission is to alert the public authorities in case of threat proven avian influenza (or more generally a threat to public health).
There is a surveillance of wild birds that allows knowing the circulation of different avian viruses.

– In times of epidemic:
Farmed poultry are fed indoors because outdoor food could attract wild birds that could transmit the bird flu virus.
Hunting is forbidden in an area of ​​10 kilometers around an affected farm.
For hunters, avoid touching the game and bring your hand to the eyes or mouth.
– When we suspect an avian flu in a breeding:
We must organize surveillance, then samples for analysis and research of the virus.
– When bird flu is confirmed in a farm:
It is a slaughter of all poultry and their eggs. Then destruction on the spot as well as a cleaning and disinfection. Finally, for 21 days, this farm should not receive other poultry. A 3-kilometer radius of protection along with 10-kilometer surveillance around the rearing area is also in place.
On the other hand, measures are taken to protect those responsible for these felling and disinfection tasks, including the wearing of masks and strict hygiene rules.
Poultry is not vaccinated against avian influenza viruses because the measures put in place are sufficient to prevent contamination of the flocks. How to treat bird flu?

These drugs can only be effective if they are taken very early, as a precaution, as soon as they are exposed to the virus, or at the latest within 48 hours of the first signs of illness. They may then reduce the duration and severity of the disease. Later, they are ineffective.
They may be associated with symptomatic drugs, that is, treating the symptoms without treating the cause of the disease, for example paracetamol against fever .
Antibiotics have no action against diseases caused by viruses.

In case of avian influenza that presents an interhuman transmission, precautions should be taken :

– Place a surgical mask on the face of the person affected (to prevent the transmission of the virus)
– The sick person must wash their hands regularly and systematically before touching someone else.
For the doctor who examines it, he must wash his hands beforehand with a hydroalcoholic solution, wear gloves, goggles and a surgical mask.
To destroy the viruses present on objects in contact with the sick person we can use in particular:
– 70% alcohol,
– 0.1% bleach (sodium hypochlorite).