An  intestinal obstruction  is a  partial or complete blockage  of the intestine, which prevents the normal transit of  feces  and gases. This blockage can occur in both the small intestine and the colon. Bowel obstruction causes severe  abdominal painin the form of cramps (colic) which recidivate cyclically, bloating, nausea and vomiting. Nausea and vomiting occur more frequently and sooner during an obstruction in the proximal bowel and may be the only symptom. In the case of distal occlusion, which has been going on for some time, vomiting may even appear as fecal matter (fecaloid vomiting) which is caused by bacterial proliferation upstream of the obstruction. Bowel obstruction is due to different problems. Mechanical occlusions are distinguished from functional occlusions.

In the small intestine ,  intestinal adhesions  are the main cause of mechanical obstruction. Intestinal adhesions are fibrous tissues found in the abdominal cavity, sometimes at birth, but most often after surgery. These tissues may eventually bind to the gut wall and cause occlusion.

The  hernias  and  tumors  are also relatively common causes of mechanical obstruction of the small intestine. More rarely, it will be caused by an abnormal narrowing at the exit of the stomach, twisting of the intestinal tract on itself (volvulus), chronic inflammatory diseases, such  as Crohn’s disease , or the reversal of a part of the intestine in the other (an intussusception, in medical language).

In the  colon , the causes of intestinal obstruction most often correspond to a  tumor ,  diverticula , or a twisting of the intestinal tract on itself. More rarely, the occlusion will be due to an abnormal narrowing of the colon, intussusception, stool plugs (faecal) or the presence of a foreign body.

When not of mechanical origin, bowel obstruction results from an abnormal functioning of the intestines. The latter are no longer able to transit materials and gases, without there being physical obstacle for all that. This is called paralytic ileus  or  intestinal pseudo-obstruction . This type of obstruction occurs most often after bowel surgery. 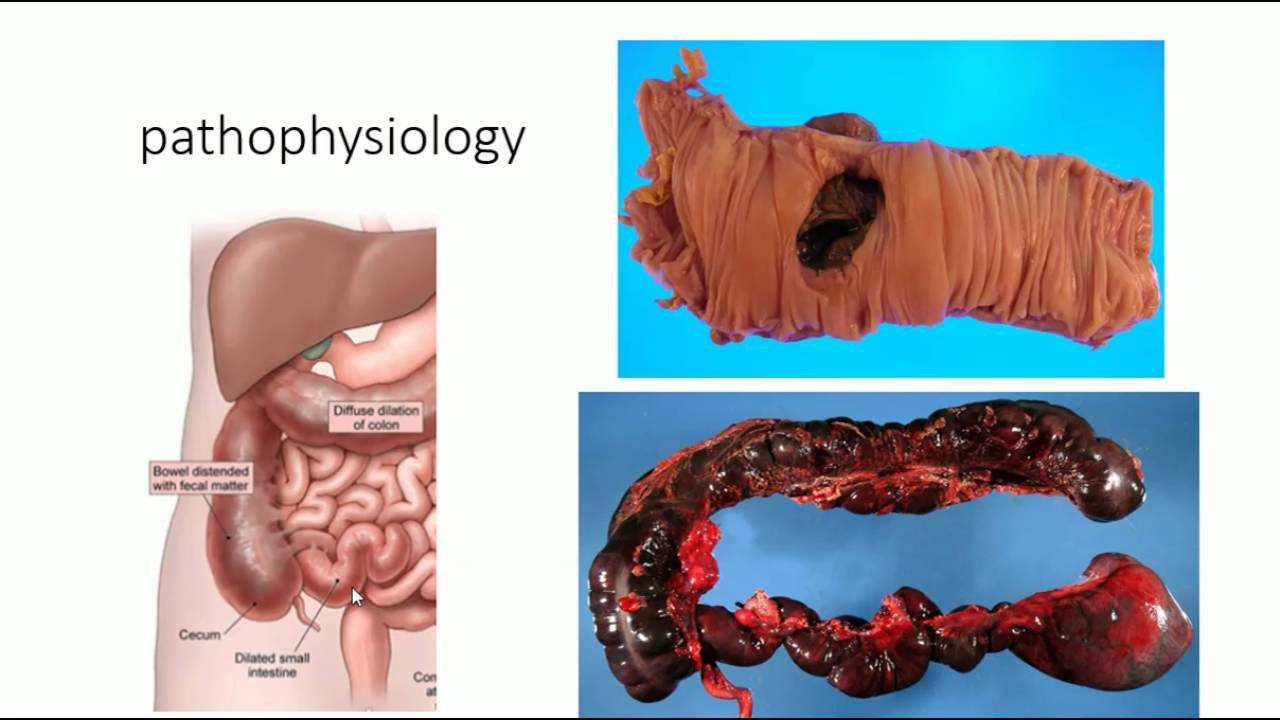 See your doctor as soon as symptoms appear.

Occlusion in the small intestine  may result in the following symptoms:

The symptoms of bowel obstruction   are mainly:

People at risk for Bowel obstruction

In most cases, it is impossible to prevent bowel obstruction . Adequate treatment of hernias and  cancers  that affect the gut may, however, help reduce the risks.

In addition, colorectal cancer can be helped   by a diet that includes a good amount of fruits and vegetables and by eating less red meat, cold cuts (salami, sausages, smoked ham, etc.) and grilling on the barbecue.

You can also reduce the risk of hernia by avoiding lifting heavy objects. This type of effort increases the pressure inside the abdomen and helps to weaken the wall of the abdomen.

Treatment requires hospitalization in almost all cases. The first step is the insertion of a  nasogastric tube  through the nose into the stomach, to remove excess gases and fluids and to reduce the pressure on the intestine. The feeding is done by intravenous to circumvent the digestive system.

Thereafter, the treatment varies according to the cause of the occlusion. If it is a  paralytic ileus , the doctor may choose a careful observation at the hospital for 1 or 2 days. Ileus often resolves itself in a few days. If the problem persists, we can prescribe drugs  that will cause muscle contractions, to help the transit of fluids and solids in the intestine.

A  partial mechanical obstruction  can sometimes be absorbed by decompressing the intestines with the nasogastric tube. If it does not resolve,  surgery  is necessary.

In case of surgery, it is sometimes necessary to let the bowel heal by performing a temporary stoma that allows to evacuate the stool without passing through the intestine.

There is no known complementary approach to preventing or treating bowel obstruction . A  balanced diet that is low in fat and high in dietary fiber can reduce the risk of colorectal cancer, which is one of the causes of bowel obstruction.