A cancer signifies the presence of abnormal cells that multiply uncontrollably. In the case of breast cancer, cells can remain in the breast or spread through the body through the blood or lymphatic vessels. Most of the time, the progression of breast cancer takes several months and even a few years.

Most often, breast cancer occurs after 50 years. The 5-year survival rate after diagnosis ranges from 80% to 90%, depending on age and type of cancer.

The number of people affected has increased slightly but steadily over the last 3 decades. On the other hand, the mortality rate has steadily declined over the same period, thanks to advances in screening, diagnosis and treatment.

Note that the men may also be affected; they represent 1% of all cases.

The breast consists of fat, glands and canals (see diagram below). The glands, arranged in lobules, produce the milk and the channels (lactation ducts or galactophores) are used to transport the milk to the nipple. Breast tissues are influenced by hormones produced by women in varying amounts throughout their lives (puberty, pregnancy, breastfeeding …). These hormones are estrogen and progesterone .

These forms of cancer invade the tissues around the lactation channels, but remain inside the breast. On the other hand, if the tumor is not treated, it can spread to other parts of the body (eg, the bones, lungs or liver) by generating metastases .

Several risk factors for breast cancer are known. However, in most cases, it is impossible to explain the reasons for its appearance in a particular person.

Of mutations in genes, passed from one generation to another or acquired during life (exposure to radiation or certain toxic chemicals, for example, alter the genes) can cause cancer breast. The BRCA1 and BRCA2 genes, for example, are susceptibility genes for breast and ovarian cancers. Women who carry mutations of these genes have a very high risk of cancer.

The chances of recovery depend on the type of cancer and its stage of evolution at the time of treatment. Various factors influence the speed at which a tumor will grow. To learn more about the stages of cancer evolution, see our Cancer fact sheet.

A number of non-modifiable elements increase the risk of breast cancer.

These risk factors allow physicians to determine which individuals would benefit most from screening and preventive measures.

In studies, the following modifiable factors have been associated with a higher risk of breast cancer. Note, however, that breast cancer can develop in the absence of all of these risk factors. 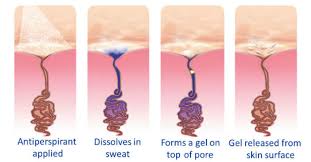 Treatment depends on the type of cancer and its stage of development . The surgery is part of the treatment of the vast majority of breast cancers.

The biopsy involves taking a sample of the tumor for examination. The tests performed on it will influence the choice of treatment. It is necessary to know if the tumor is cancerous then if it is the case, to know the type of cancer. The tests on the tumor sample also tell the doctor what is the stage of the cancer and whether its growth can be stimulated by the sex hormones (that is, if the tumor is “hormone-dependent”).

There are 5 categories of treatments:

The surgery is often the first treatment undertaken. It serves to remove the cancerous tumor. In the case of breast cancer, it is called mastectomy . The mastectomy is partial or segmental (part of the breast is removed) or total (the entire breast is removed). One almost always adds a surgery to the lymph nodes of the armpit. The choice of type of mastectomy is based, among other things, on the size of the tumor , its type and location in the breast. The preference of the woman is also taken into account.

Partial mastectomy should usually be followed by radiotherapy to destroy cancer cells that may have remained in the breast. It reduces the risk of a tumor reappearing.

In case of total mastectomy, radiotherapy is not always necessary. To learn more about this treatment, consult our Cancer fact sheet.

The chemotherapy uses a class of drugs called antineoplastic, to treat cancers. For breast cancer, it is usually given after surgery . It destroys cancer cells that have escaped from the main tumor. The choice of whether or not to start chemotherapy depends on the stage of the disease . To learn more about this treatment, consult our Cancer fact sheet.

The hormone therapy is most often combined with surgery, radiotherapy or chemotherapy.

If the examination of the tumor shows that the cancer has hormonal receptors, its development is stimulated by the sex hormones (estrogen and progesterone). Some medicines can slow or stop the progression of such a cancer by blocking the action of hormones .

There are 2 types of anti-hormonal drugs :

Sometimes, in women with invasive breast cancer, cancer cells overexpress the HER2 gene. This causes faster growth of the tumor. When this is the case, one can give a drug, trastuzumab (Herceptin), which specifically blocks the action of the HER2 gene. This medicine is given by intravenous injection .

Research continues to find other biological therapies . This type of treatment usually causes fewer side effects than chemotherapy and hormonal therapy because it is more targeted.