Burkitt’s lymphoma is a relatively infrequent type of lymphoma.
It is called a non-Hodkinian lymphoma. The latter corresponds to a cancer developing from lymphocytes (white blood cells). These cells are part of the immune system in humans and are involved in many defense reactions of the body to bacterial, viral, parasitic infections, etc.
This pathology affects specific blood cells (white blood cells), so it is a hematology.

The case of Burkitt’s lymphoma is a form of non-Hodkin’s mature B-cell lymphoma. These B cells form a particular type of lymphocyte. The development of B cells is in the bone marrow from a stem cell (or mother cell): the hematopoietic cell. The mature B-cell stage is the ultimate stage of development of these cells in the bone marrow. These results in a migration of B cells to the secondary lymphoid organs: the spleen, lymph nodes, mucosal-associated lyophilic formations (MALT).

This rare form of lymphoma is mainly found in Central Africa but can also affect other regions of the world.
Three forms of Burkitt lymphoma exist:
– the endemic form: found mainly in sub-tropical Africa. This form is very strongly linked to the Epstein Barr virus (EBV) and is characterized by a tumor of the maxillae (parts of the skeleton of the face).
– the sporadic form: this time, not linked to the EBV virus and developing mainly in the abdomen, more rarely in the ENT sphere or in other regions of the Central Nervous System. In the latter case, the appearance of tumor meningitis or neuronal paralysis can be observed.
It is also possible to distinguish a third type: Burkitt’s lymphoma linked to immunodeficiency. This is usually seen in people affected by the Human Immunodeficiency Virus (HIV). The development of lymphoma is a consequence of antiretroviral therapy associated with HIV infection.

In addition, children are more sensitive to the development of this hematology.

The symptoms of this type of lymphoma are different depending on the type.
– The endemic type is the cancer most commonly found in children in Africa. It affects more particularly the jaw and the bones of the face (maxillary bone). Facial damage accounts for 75% of cases of endemic Burkitt’s lymphoma and results in indolent tumors.
– The sporadic type affects the abdomen, ovaries, testes, kidneys, pleura (membrane covering the lungs), Central Nervous System or breasts. 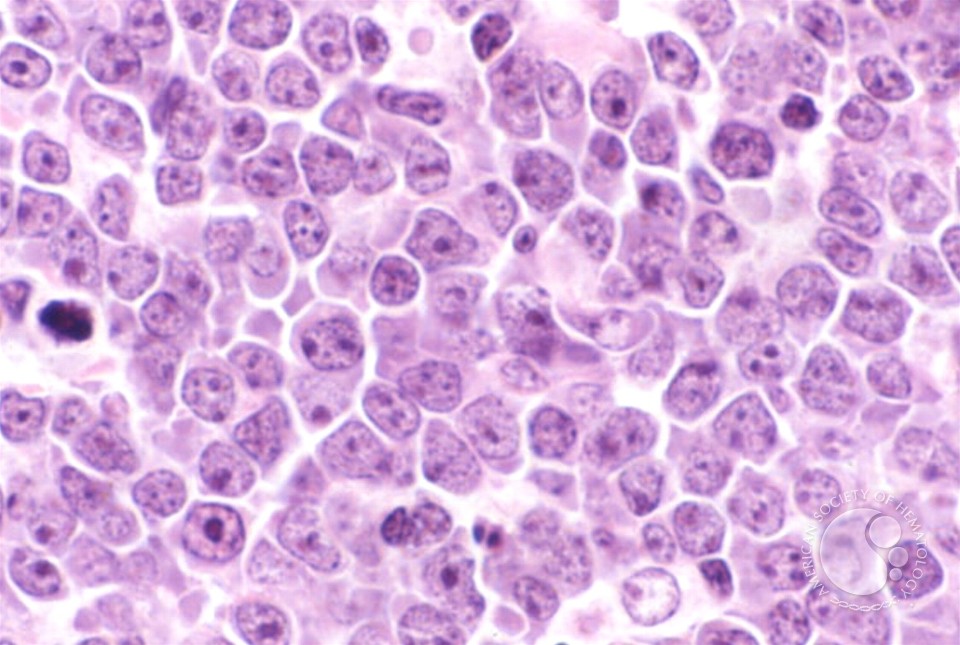 Prevention and treatment of Burkitt’s lymphoma

The diagnosis of Burkitt’s lymphoma corresponds to a biopsy of a cell mass or bone marrow that can testify to the presence of tumor cells.
Associated with this biopsy, the use of medical imaging (ultrasound, scanner) is often essential to the achievement of the assessment.
In addition, prior diagnosis in children of other types of tumors, such as Wilms tumors or neuroblastomas, may be closely related to the presence of Burkitt’s lymphoma.

The management of this type of lymphoma must be effective at the earliest. It is done in centers specialized in oncology.
The treatment of Burkitt’s lymphoma is mainly defined by intensive chemotherapy for a few months.
The lack of any interest in the use of rituximab (chimeric monoclonal antibody) is a major concern to date regarding the therapeutic urgency for this type of lymphoma.
The care must be fast and adapted to the subject. Indeed, at the beginning of anti-tumor treatment, metabolic problems are frequent in the subject with lymphoma.
Despite the cumbersome treatment, its duration is short and the long-term side effects are lower. The current cure rate is on average 80 to 90%.