Celiac disease, is a chronic disease of the intestine triggered by the consumption of gluten, a mixture of proteins contained in some cereals (wheat, barley, rye …).The disease is mainly manifested by digestive symptoms (diarrhea, pain, bloating …).

In people with celiac disease, ingestion of gluten causes an  abnormal immune response  in the small intestine, which creates inflammation and damages the intestinal wall. More specifically, it is the intestinal villi that are destroyed. These are small wave-shaped structures that make up the “folds” of the intestine and allow the absorption of most of the nutrients, vitamins and minerals.

If the inflammation persists, the damaged intestine becomes unable to absorb certain nutrients, vitamins and minerals. This can lead to malnutrition despite normal nutrition.

Other symptoms of varying intensity may occur, such as fatigue , depression and joint pain . Over time, more serious health problems may appear.

However, people can recover health by eliminating gluten from their diet . 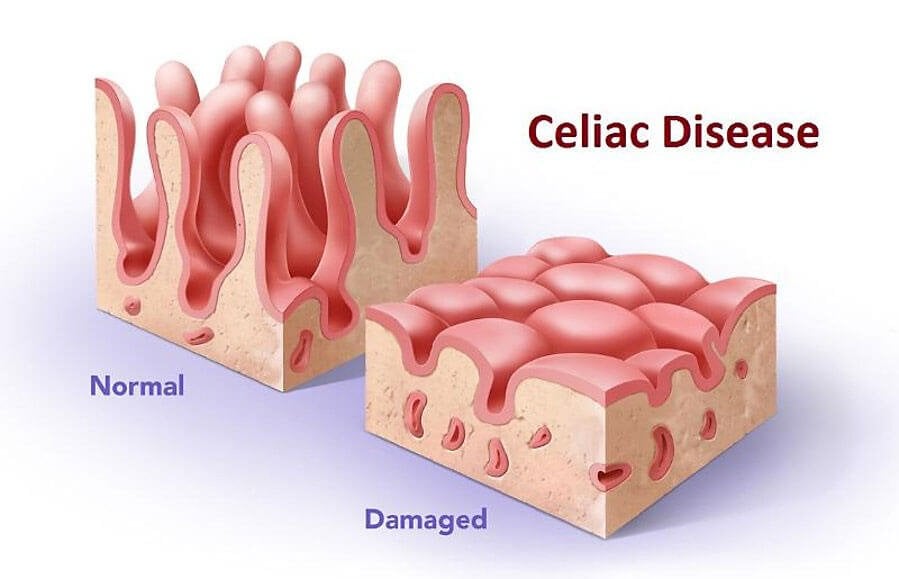 Although the term “gluten intolerance” is often used, celiac disease is not really food intolerance since an immune reaction is involved.

The abnormal reaction of the immune system also turns against the body by attacking the lining of the small intestine. Celiac disease is therefore an autoimmune disease induced by ingestion of gluten.

In recent years, non-celiac gluten sensitivity (NCMS) has emerged in scientific studies. It manifests itself in symptoms similar to those of celiac disease and irritable bowel syndrome when consuming foods containing gluten. An estimated 3-6% prevalence of the population is poorly defined due to the frequency of self-diagnosis without medical advice.

Celiac disease has a hereditary component  . When a close family member is affected, the probability of being infected is about 20%. Researchers now know the main genes involved, called HLA genes type DQ2 and DQ8. It is known that 95% of patients express the HLA DQ2 genotype, and almost all others the DQ8. But we find the DQ2 in 30 to 40% of the general population. It therefore appears that genetic predisposition is a necessary but not sufficient condition to trigger the disease. As in many other cases, genetic predisposition must combine with factors to trigger the disease.

These other elements that come into play have not yet been precisely identified. It seems that  environmental factors  (intestinal infections, trauma, and stress caused by surgery or pregnancy …) can sometimes be responsible for triggering the disease.

There would be greater  intestinal permeability  in people predisposed to this disease. This would allow some of the  gluten  to enter the lining of the small intestine, triggering an immune response.

If the gluten-free diet is not adopted, celiac disease, in its most serious forms, can have several health consequences. The most common complications are related to the poor absorption of nutrients in the intestine:

Other complications, which are not related to intestinal damage, can occur in cases of intolerance to gluten, without the link is always well understood:

How many people are affected by celiac disease?

Prevalence data fluctuate a great deal, as the diagnosis of gluten intolerance is not straightforward. Experts and patient associations believe that many people are unknowingly infected, and that the disease is more common than people think.

The frequency of the disease depends on the regions of the world and ethnic origin. Caucasians (Europe, whites in North America, Australia) are the most affected, the oscillating prevalence between 1 in 100 and 1 in 300 or. The disease seems rarer in people of Asian or African descent.

A long and difficult diagnosis

The diagnosis is often difficult and time-consuming (12 years on average in Canada 10 ), because of the wide variety of symptoms and the fact that they are not at all specific to this disease. The doctor must first rule out the possibility that this is a more common digestive problem (for example, irritable bowel syndrome, food intolerance or inflammatory bowel disease).

The more specific diagnosis is usually done in 3 steps.

The symptoms of celiac disease

The symptoms and their intensity vary a lot from person to person. In some people diagnosed with this disease, no symptoms are noticeable. This is called silent celiac disease .

In general, digestive problems are the most common, but sometimes they are absent. Here are some of the possible symptoms.

Who is most affected by celiac disease?

Celiac disease can occur at any age. It can appear in  young children  from the age of 6 months, after the introduction of cereals in their diet, as it can be declared in  adulthood . The  women  are 2 to 3 times more affected than men.

The main risk  factors are genetic factors  (presence of HLA DQ2 and DQ8 genes). On the other hand, it seems that the   baby’s eating habits could influence the appearance of the disease. See the Prevention section.

The prevention of celiac disease 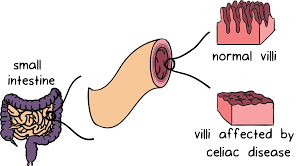 How to treat celiac disease?

In the vast majority of cases, the tissues of the intestinal wall return to normal on a gluten-free diet. The skin symptoms (dermatitis herpetiformis) also disappear when the diet is started. This healing usually takes place in a few weeks, but can take 2 to 3 years. It is exceptional that the symptoms persist despite several months of gluten-free diet.

The gluten-free diet must eliminate from the diet all gluten-containing cereals, by-products of these cereals and products made from these by-products. To follow a gluten-free diet, many commonly eaten foods must be  banned . But gluten is not only found in most  cereals and their flours . He also hides in a crowd of prepared foods. Since a tiny amount of gluten can damage the gut and cause the symptoms to reappear, great vigilance is needed.

Here are some basic elements of a gluten-free diet . This information does not replace the advice of the doctor and the nutritionist. These health professionals will also be able to assess the additional nutritional requirements, if any, for vitamins and minerals. Foundations and associations dedicated to gluten intolerance (celiac disease) are other very valuable sources of information.

What are the foods to ban during a diet without glutent?

Note
– Alcoholic beverages made from malt (or derived from wheat, barley or rye) such as gin, vodka, whiskey and scotch are potentially harmful. Although distillation seems to largely eliminate gluten, doctors recommend avoiding these drinks as a precaution.
– Be careful with some lipsticks, which may contain traces of gluten. 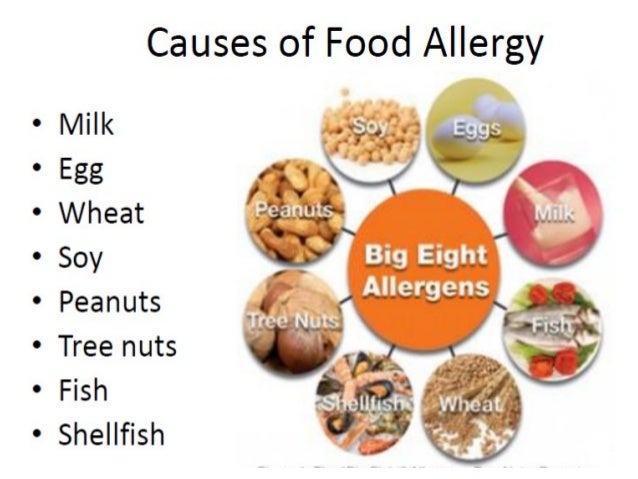 Be wary of cross contamination

In the kitchen, special care must be taken not to contaminate gluten-free foods. Contamination can occur when gluten-free products are prepared in unwashed dishes that have come into contact with foods containing gluten. Also beware of exchanging utensils with people who do not follow the gluten-free diet. The toaster, for example, should be for the exclusive use of the person following a gluten-free diet.

Unfortunately, cereals that do not contain gluten are contaminated during the production, processing or packaging process. So for more safety, it is recommended to focus on products labeled gluten-free.

The particular case of oats

Regular oat cereal does not contain gluten. On the other hand, there is a high risk of cross-contamination since oats are very often grown, transported or milled in the same environments as cereals or food products containing gluten.

The Quebec Foundation for Celiac Disease (FQMC) suggests that uncontaminated / gluten-free oats are introduced only after the normalization of anti-transglutaminase antibodies. This normalization takes between 6 months to 2 years after the beginning of a strict diet without gluten.

Gluten-free products: not all good for health

It is important, when embarking on a gluten-free diet, to adequately replace foods that have been excluded from our diet. The impact of these restrictions on the intake of protein, vitamins, minerals and other nutrients can be negative. We must see how to replace the essential nutrients contained in traditionally eaten gluten foods. For example, bread and cereals are often fortified with iron and vitamin B (especially B9 / folic acid) while gluten-free breads and cereals are not. Gluten-free products are often low in fiber and protein and high in sugars and additives. Be careful to choose your replacement products.

The diet of a person with gluten intolerance involves a lot of fresh food, the least processed possible.

To break the isolation, get support and nutritional advice, the patients’ associations are of great help. The Support Groups section groups a few.

In rare cases (less than 5%), the gluten-free diet is insufficient to control symptoms. We are talking about refractory celiac disease . The doctor can then offer medications to prevent possible complications of the disease. It is most often corticosteroids (anti-inflammatory steroids, such as prednisone or hydrocortisone). These can sometimes be used in addition to the gluten-free diet to speed up remission in severe cases.