Charcot’s disease, also known as amyotrophic lateral sclerosis (ALS), is a neurodegenerative disease. It progressively reaches neurons and causes muscle weakness and paralysis. The life expectancy of patients remains very short. In English, it is also called Lou Gehrig’s disease, in tribute to a famous baseball player suffering from this disease. The name “Charcot” comes from the French neurologist who described the disease.

The neurons affected by Charcot’s disease are motor neurons (or motoneurons), responsible for sending information and movement orders from the brain to the muscles. The nerve cells gradually degenerate and then die. The voluntary muscles are no longer controlled by the brain or stimulated. Inactive, they end up no longer working and atrophy. At the beginning of this progressive neurological disease, the affected person suffers from muscular contractions or weakness in the limbs, arms or legs. Some people have speech problems.

Charcot’s disease can make swallowing difficult and prevent patients from eating properly. The sick people can then suffer from undernutrition or make false roads (accident related to the ingestion of solids or liquids by the respiratory tract). While evolving, the disease can reach the muscles necessary for breathing.

After 3 to 5 years of evolution, Charcot’s disease can cause respiratory failure that can lead to death. The disease, which affects men a little more than women (1.5 to 1) usually starts around age 60 (between 40 and 70 years). Its causes are unknown. In one in ten cases, a genetic cause is suspected. The origin of the onset of the disease probably depends on various factors, environmental and genetic.

There is no treatment for Charcot’s disease. A drug, riluzole, would slow the progression of the disease slightly, this evolution being very variable from one person to another and even, in the same patient, from one period to another. In some, the disease, which does not affect the senses (vision, touch, hearing, smell, taste), can sometimes stabilize. ALC requires close monitoring. Management consists mainly of relieving the symptoms of the disease. 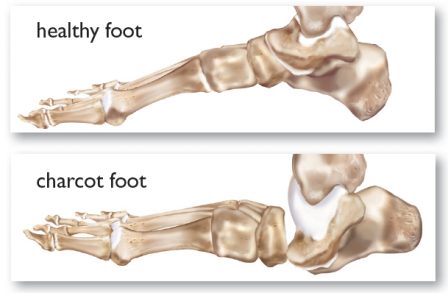 Prevalence of this disease

According to the Charcot Research Association, the incidence of Charcot’s disease is 1.5 new cases per year per 100,000 inhabitants. That is nearly 1000 new cases a year in France.

The diagnosis of ALS differentiates this disease from other neurological diseases. It is sometimes difficult, especially because there is no specific marker for the disease in the blood and because at the beginning of the disease, the clinical signs are not necessarily very clears. The neurologist will look for stiffness in the muscles or cramps for example.
The diagnosis may also include an electromyogram, an examination that visualizes the electrical activity present in the muscles, an MRI to visualize the brain and the spinal cord. Blood and urine tests can also be prescribed, especially to rule out other diseases that may have symptoms common to ALS.

Evolution of this disease

Charcot’s disease starts with muscle weakness. Most often, the hands and legs are affected first. Then the muscles of the tongue, of the mouth, then those of the respiration.

As has been said, the causes are currently unknown in about 9 out of 10 cases (5 to 10% of cases are hereditary). Several tracks that can explain the appearance of the disease have been explored: autoimmune disease, chemical imbalance … For the moment without success.

Symptoms and risks of Charcot’s disease

In 80% of patients, the disease begins with muscle weakness in the feet (foot drop) and hands, followed by atrophy and paralysis. The weakness is accompanied by cramps and muscle spasms, often in the arms and shoulders. There may also be tremors.

After one or two years of evolution, bulbar disorders (described below) appear.

In 20% of patients, the disease presents itself first with symptoms of damage to the medulla oblongata, namely difficulty in speaking (difficulty in articulating, weak voice, extinguish), so-called dysarthria and difficulty chewing and swallowing (dysphagia). Subsequently, the patients present the muscle weakness of the limbs and trunk that we have described above:

People at risk for Charcot’s disease

There are hereditary forms of Charcot’s disease (about 10% of cases). Age is also a risk factor.

Charcot’s disease is an incurable disease. One drug, riluzole (Rilutek), would slow the progression of the disease mildly to moderately.
The doctors propose to the patient suffering from this disease a management of their symptoms. Medications can reduce muscle pain, cramps or constipation for example.
Physiotherapy sessions can reduce the effect of the disease on the muscles. Their goal is to maintain as much muscle strength and range of motion as possible, and to increase the feeling of well-being. The occupational therapist may assist in the use of crutches, a walker (walker) or manual or electric wheelchair; he can also advise on the level of home improvement. Speech therapy sessions can also be helpful. Their goal is to improve speech, to offer means of communication (communication board, computer) and to provide advice on swallowing and feeding (texture of food). It is therefore a whole team of health professionals who find themselves at the bedside of the patient.
As soon as the muscles involved in breathing are affected, it is necessary, if desired, for the patient to be undergoing respiratory assistance, which usually involves tracheostomy.