The encephalomyelitis Myalgic , commonly known as chronic fatigue syndrome , is characterized among other things by persistent and unexplained fatigue that lasts despite the efforts of the person. Considered a neurological disease, it often appears suddenly, leading to rapid and significant deterioration of health. It is a non-contagious syndrome, not transmissible genetically.

Myalgic encephalomyelitis / chronic fatigue syndrome (ME / CFS) also has symptoms that have a significant impact on work and personal activities, including muscle and joint pain, and general malaise . All these symptoms occur without the doctor being able to connect them to any disease. Sometimes, an event may seem to be connected to it: most often, a viral or bacterial infection, but perhaps also an immunization, anesthesia, physical trauma, exposure to environmental pollutants, etc.

All age groups (even children) and all ethnic groups may be affected by this syndrome. The women in are 2 to 4 times more affected than men.

Although there are references to chronic fatigue syndrome until the 1750s, it was not until 1988 that it was formally recognized as a disease, then in 1992 by the World Health Organization ( WHO) . More than 1,000 names have already described this condition (some are still commonly used), including neurasthenia, postviral syndrome or yuppies syndrome (“Young Urban Professionals”), since it strikes especially between 20 and 40 years, even if there are teenagers, children or older people with the disease.

Most people with chronic fatigue syndrome lived a healthy and active life before being struck by the disease.

The hypothesis of a viral or bacterial infection is increasingly considered, because we can often identify an infection as a trigger. This infection could eventually lead to a dysfunction of the immune system in cells or biochemical elements responsible for fighting infections . For some, exposure to certain pesticides or insecticides could be involved.

The chronic fatigue syndrome evolves variably. It’s most acute manifestations usually last 2 years and can return cyclically. The symptoms tend to decrease with time. Not everyone is completely cured, but progressively, the majority of sufferers find a good deal of their abilities. It is estimated that fatigue usually disappears after 5 years on average, knowing that fatigue becoming more intermittent is probably about to disappear.

Medical teams ask a person with extreme and chronic fatigue to undergo numerous medical tests . It is a question of detecting the disease in question and several diseases lead to a significant reduction of energy, as for example examples, fibromyalgia, hypotension, chronic infectious mononucleosis, hypothyroidism and the syndrome of the irritable bowel, cancers, and many inflammatory or autoimmune diseases … Chronic fatigue syndrome can only be recognized as such when all other possible diseases have been eliminated by examinations and assessments.

Nor should chronic fatigue syndrome be confused with depression. Unlike the depressed person who does not enjoy anything, the “chronic weary” appreciates the happiness of life, but runs out quickly, resulting in frustration and a sense of imprisonment.

According to the Canadian Consensus on Myalgic Encephalomyelitis / Chronic Fatigue Syndrome, the diagnosis of chronic fatigue syndrome can only be made if the symptoms of chronic fatigue , fatigue after exercise , sleep disorders and significant pain be present. The patient must also have at least 2 neurological or cognitive symptoms, and at least one endocrine, immune, or autonomic nervous system symptom (see the Symptoms section ).

In children , the symptoms can vary a lot from one day to another, but are as important as in adults. In them, the diagnosis can be made if the characteristic symptoms last for more than 3 months. 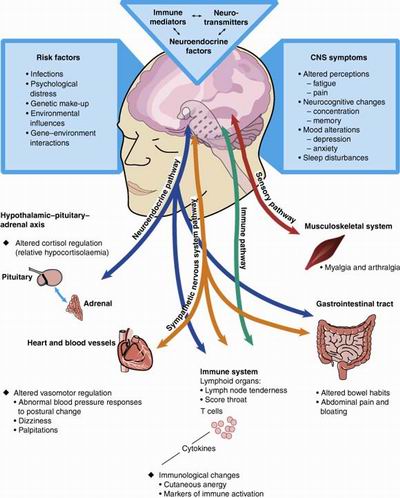 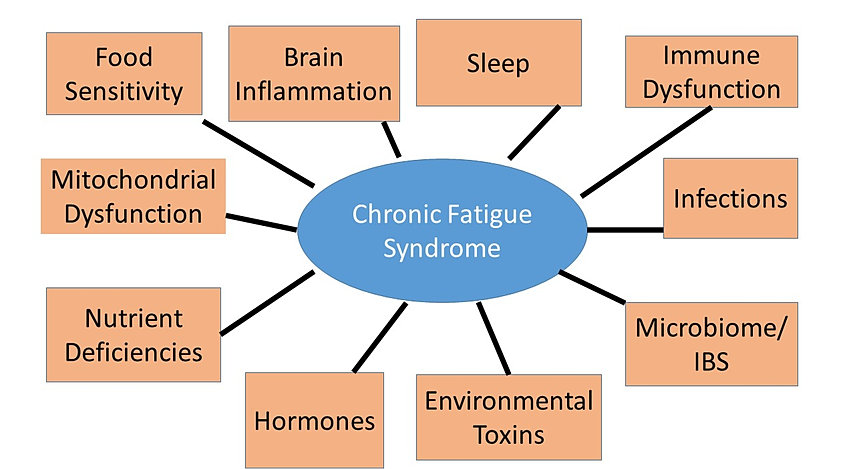 Although physicians can sometimes identify events that may have contributed to the onset of the disease (viral infection, physical or psychological stress, etc.), the uncertainty surrounding it prevents the presentation of specific risk factors.

The cause of this syndrome is not known with certainty, there is no specific treatment for chronic fatigue syndrome whose effectiveness has been clearly demonstrated.
In practice, the treatments aim at relieving the symptoms , giving the patient maximum autonomy and maximizing his abilities .

As the treatment is not specific, many approaches are interesting to aim to reduce as much as possible the exhaustion of the patients:
– Follow rules of health hygiene and dietetics;
– Very slow muscular rehabilitation (sometimes sessions of only 2 minutes 2 to 3 times a week at the beginning);
– Search and cure the focus of infection (teeth, sinuses …);
– Relaxation, sophrology, meditation, yoga;
– behavioral therapy, psychological support;
– Regulation of sleep;
– Eliminate allergy factors and treat allergies (common in this syndrome);
– Balance the intestinal flora;
– treat respiratory disorders;
– Treat a post-traumatic stress disorder resulting from old trauma.

According to the Canadian Consensus on Myalgic Encephalomyelitis / Chronic Fatigue Syndrome, treatments must ideally respect the person’s rhythm and its limits. Here is an overview of the recommendations included in this report. 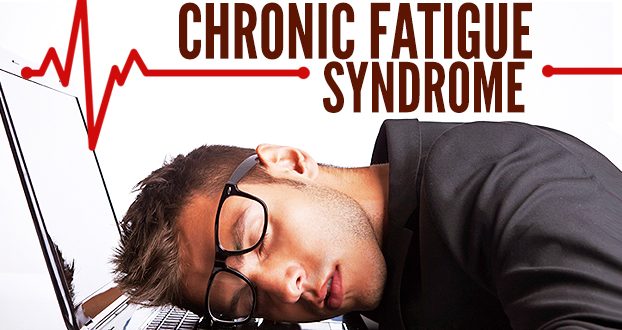 The goal of an autotherapy strategy is to help the person with energy conservation, minimize symptoms and improve coping skills and ability to perform daily activities.

Get to know the disease and ways to fight it

It is important to know the disease and what to expect in order to develop self-care strategies. The person must learn to recognize the warning signs and stop before they have exceeded their limits . It is advantageous to know the techniques of relaxation and stress reduction, energy conservation (see complementary approaches ) and avoid known aggravating factors .

Have a balanced diet An initial assessment should precede the development of a program of activity under the supervision of a qualified person in exercise physiology that has a thorough knowledge of chronic fatigue syndrome. The goal of this program is to improve the ability to function well on a daily basis, while respecting the cardiovascular capacities highlighted during the evaluation. However, it is imperative to decide for yourself the intensity and cadence of the exercises .

Many medications have been suggested to treat chronic fatigue syndrome and none has been shown to be effective in relieving this syndrome as a whole.

Sleep Disorders In
addition to the treatment strategies described above, the physician may prescribe, as appropriate,low-dose tricyclic antidepressants , zopiclone, clonazepam, and L-tryptophan. These drugs sometimes also have an action on the pains.
Selective serotonin reuptake inhibitors (eg Prozac) may worsen sleep problems.

Analgesics . As a basic treatment: paracetamol or acetaminophen . Aspirin, ibuprofen, nonsteroidal anti-inflammatory drugs (NSAIDs), low-dose tricyclic antidepressants, gabapentin or baclofen may be useful for a short period of time.

Fatigue
Methylphenidate, oral cyanocobalamin (vitamin B12), modafinil, amantadine, dextroamphetamine. Most of these drugs have only a short-term effect. High-dose vitamin B12 injections benefited some people even though they had a normal blood count (CBC).