The Ehlers-Danlos syndrome is a group of genetic diseases characterized by abnormal connective tissue , that is to say the supporting tissues.

There are different variants of the disease, most of them have hyperlaxity of the joints , very elastic skin and fragile blood vessels . The syndrome does not affect intellectual abilities. 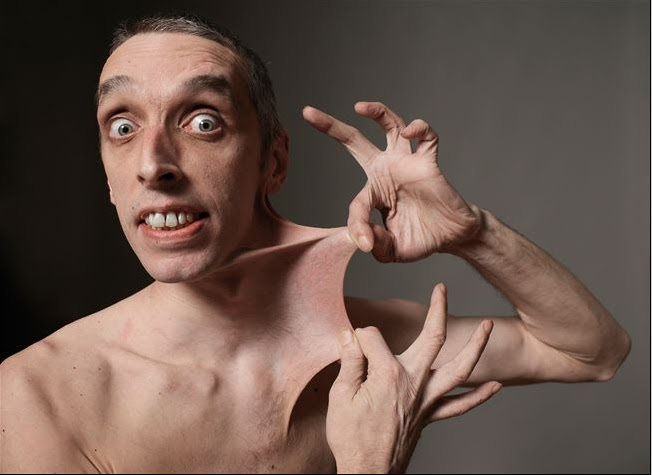 Ehlers-Danlos syndrome is a genetic disorder that affects the production of collagen, a protein that gives elasticity and strength to connective tissues such as skin, tendons, ligaments, as well as the walls of organs and tissues. Blood vessels. Mutations in different genes (eg ADAMTS2, COL1A1, COL1A2, and COL3A1) would be responsible for the variable symptoms of different forms of the disease.

Most forms of Ehlers-Danlos syndrome (SEDE) are autosomal dominant. A parent carrying the mutation responsible for the disease has a 50% chance of transmitting the disease to each of his children. Some cases also appear by spontaneous mutations.

Most people with Ehlers-Danlos syndrome have a relatively normal life, although they have restrictions on physical activity. Complications depend on the type of ADS involved.

People with vascular type SED (SED type IV) may experience more serious complications, such as rupture of important blood vessels or organs such as the intestine or uterus. These complications can be fatal.

The prevalence of all forms of Ehlers-Danlos syndrome in the world is approximately 1 in 5,000 people. Of those affected, the hypermobile type , the most common type, is estimated at 1 in 10,000 cases, while vascular type , rarer, and is present in 1 out of 250 000 cases. The disease seems to affect both women and men.

The severity of the symptoms varies greatly from one person to another, but most present: 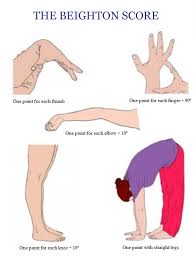 People at risk for Ehlers-Danlos syndrome

People who have a family history of the disease. Most forms of Ehlers-Danlos syndrome are autosomal dominant. A parent carrying the mutation responsible for the disease has a 50% chance of transmitting the disease to each of his children.

No drugs are currently available to treat Ehlers-Danlos syndrome. Treatments can relieve some symptoms and prevent complications.

Certain medications such as topical anesthetics or non-steroidal anti-inflammatory drugs(NSAIDs), such as Advil, Motrin, Aspirin, can reduce muscle or joint pain.

In rare cases, surgery is recommended to straighten joints damaged by repeated dislocations. However, postoperative healing is difficult in people with ADS because of the fragility of the skin.