Ewing’s sarcoma is characterized by the development of a malignant tumor in the bones and soft tissues. This tumor has the characteristic of being with high metastatic potential. Either the propagation of tumor cells within the whole body is often recorded in this pathology.

It is a rare disease affecting children more generally. Its incidence is 1 / 312,500 children under 15 years of age.
The age group most affected by the development of this tumoral form is between 5 and 30 years of age, with an incidence all the more important between 12 and 18 years of age. 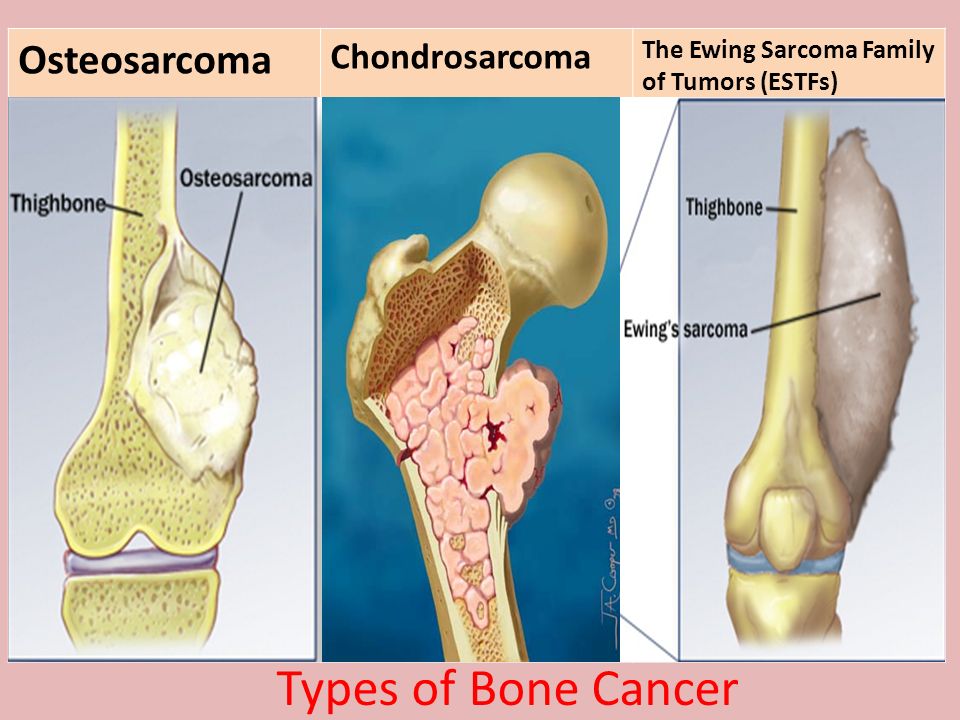 The associated clinical manifestations are pain and swelling in the location of the tumor.

Medical examinations allow the possible diagnosis of the disease and determine the stage of advancement. The most commonly associated examination is biopsy.
Special factors and conditions may have an impact on the prognosis of the disease in a subject affected.
These factors include the propagation of tumor cells in the lungs only, whose prognosis is more favorable, or the development of metastatic forms in other parts of the body. In the latter case, the prognosis is darker.
In addition, the size of the tumor and the age of the affected individual have a fundamental role in the vital prognosis. Indeed, in the case where the size of the tumor rises to more than 8 cm, the prognosis is more worrying. As for the age, the sooner the diagnosis of the pathology is made, the better the prognosis for the patient.

Ewing’s sarcoma is one of the three main types of primary bone cancer with chondrosarcoma and osteosarcoma.

The symptoms most commonly associated with Ewing’s sarcoma are visible pain and swelling in the affected bones and soft tissues.

The following clinical manifestations may be from the development of such sarcoma:

The associated symptoms nevertheless depend on the location of the tumor as well as its importance in terms of development.

The pain felt by the patient with this pathology generally increases with time.

Other, less common symptoms may also be visible, such as:

However, it is possible that a patient with Ewing’s sarcoma has no symptoms. In this sense, the tumor can then grow without any clinical manifestation and thus affect bone or soft tissue without being visible. The risk of fracture is even more important in the latter case.

Since Ewing’s sarcoma is a form of cancer, the exact origins of its development are therefore little known.

An assumption has been made about the cause of its development. Indeed, Ewing’s sarcoma particularly affects children over 5 years old and adolescents. In this sense, the possibility of a link between rapid bone growth in this category of people and the development of Ewing’s sarcoma was mentioned.

The period of puberty in child-adolescent makes the bones and soft tissues more vulnerable to the development of a tumor.

Research has also shown that a child born with an umbilical hernia is three times more likely to develop Ewing’s sarcoma. 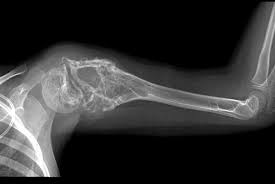 Beyond these hypotheses mentioned above, the origin as to the presence of a genetic translocation was also put forward. This translocation involves the EWSRI gene (22q12.2). A translocation t (11; 22) (q24; q12) within this gene of interest was found in nearly 90% of tumors. In addition, many genetic variants have been scientifically investigated, involving the ERG, ETV1, FLI1 and NR4A3 genes.

From the point of view where the exact origins of the pathology are, as yet, poorly understood, the risk factors are as well.

Moreover, according to scientific study results, a nascent child with an umbilical hernia would be three times more likely to develop cancer type.

In addition, at the genetic level, the presence of translocations within the EWSRI gene (22q12.2) or genetic variants in the ERG, ETV1, FLI1 and NR4A3 genes may be subject to additional risk factors for developing the disease. .

Prevention and treatment of Ewing sarcoma

The diagnosis of Ewing’s sarcoma is based on a differential diagnosis through the presence of characteristic symptoms in the patient.

Following the doctor’s analysis of the painful and swollen areas, an x-ray is usually prescribed. Other medical imaging can be as well, such as: Magnetic Reasoning Imaging (MRI) or the scanner.

A bone biopsy can also be performed to confirm or not the diagnosis. For this, a bone marrow sample is taken and analyzed under a microscope. These diagnostic techniques can be performed after general or local anesthesia.

The diagnosis of the disease must be made at the earliest so that the care is done quickly and the prognosis is better.

Treatment associated with Ewing’s sarcoma is similar to general treatment of other cancers: