There are different types of fistulas depending on where they are. The most common are:

The f rectovaginal istule: abnormal connection between the vagina and rectum. The contents of the intestine can pass through the fistula to get into the vagina. A rectovaginal fistula can result:

The f istule arteriovenous: abnormal connection between an artery and a vein usually having in the legs.

An arteriovenous fistula can also be surgically created in the forearm in people with severe kidney disease to increase blood flow and facilitate dialysis treatments.

The f arteriovenous pulmonary istule: abnormal connection inside the lung between the artery and the pulmonary vein, which prevents the blood oxygenation process in the lung. This condition is caused by a genetic disease, Rendu-Osler-Weber disease, which causes the abnormal development of several blood vessels in the body, especially in the lungs.

The f obstetric istule (or vesico-genital fistula). Obstetric fistula usually results from prolonged (often several days) and difficult work, without timely obstetric (cesarean) intervention. The fetus then exerts excessive pressure on the internal organs (vagina, bladder, and rectum) and damages the tissues of the woman. In most cases, the baby dies. The woman suffers from severe incontinence that leads to ulcers, infections and sometimes even death. 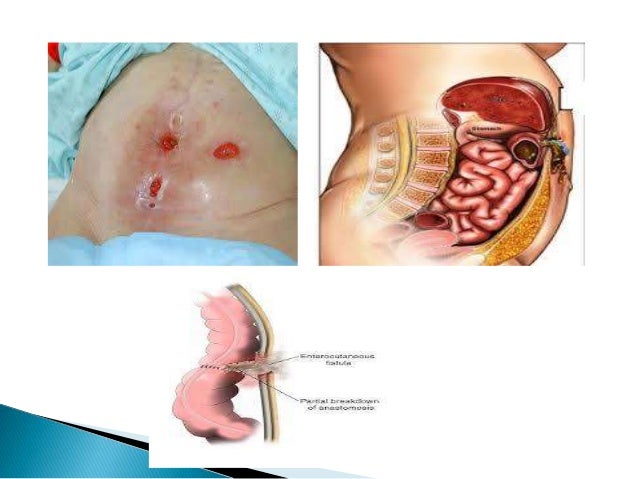 Many other fistulas affect:

A rectovaginal fistula can be congenital or caused by:

An arteriovenous fistula can be caused by:

A rectovaginal fistula can lead to:

A large arteriovenous fistula can lead to:

An arteriovenous pulmonary fistula can lead to:

Obstetric fistula is most prevalent in poor communities in sub-Saharan Africa and South Asia where access to obstetric care is limited. Nearly two million women live with obstetric fistula in developing countries and some 50,000 to 100,000 new cases occur each year.

Symptoms of a fistula

Depending on the size and position of the fistula, the symptoms may be minor or cause significant hygiene and incontinence problems.

A deformation of the fingernails.

People at risk for Fistula

Prevention of a fistula 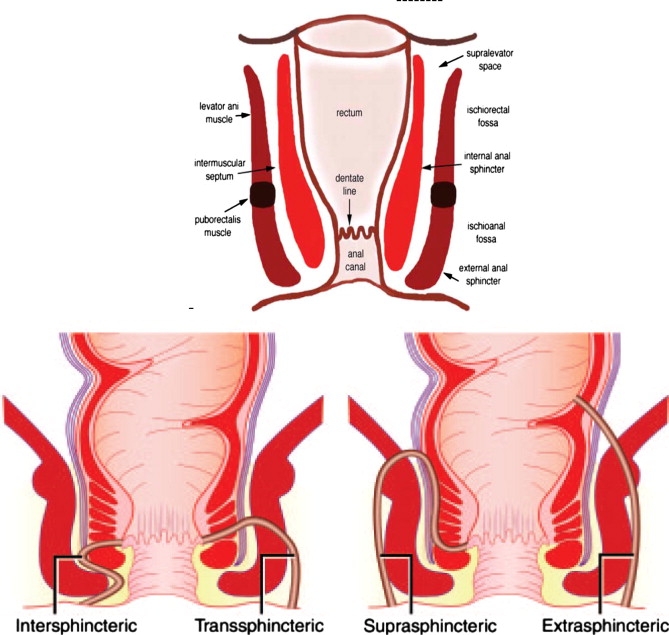 Medical treatment of a fistula

Some fistulas recto vaginal may close them, but most require surgery to correct abnormal connection.

Antibiotics. If the area surrounding the fistula is infected, antibiotics are needed before surgery.

Infliximab (Remicade) is a drug recommended to help cure fistulas in people with Crohn’s disease.

Before starting surgery, the doctor should make sure that the affected area is free from any signs of infection or inflammation.

The operation is most often performed under general anesthesia, but sometimes local anesthesia is performed. The surgery involves removing the abnormal duct and closing the opening by sewing the tissues.

Small arteriovenous fistulas can close on their own without any treatment.

Ultrasonic guided compression. A probe is used to compress the fistula and block the blood flow in the vessels. The operation is guided by ultrasound. The technique is mostly used for leg fistulas. It lasts about 10 minutes but gives good results in only one third of cases.