Although they generally affect the skin and mucous membranes, fungal infections can affect the internal organs (especially the digestive tract, but also the lungs, heart, kidneys …) and more rarely the nervous system and the brain. These are diseases of severely variable severity, some forms of fungal infections, called invasive, which can be life threatening.

The risk of fungal infection is increased in people whose immune system is weakened. 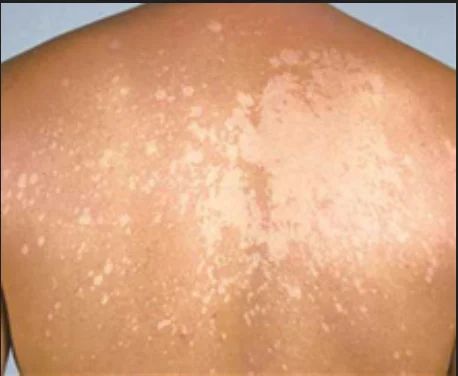 What types of fungal infections exist?

There are many types of fungus, which differ in the fungal species involved, the location of the infection, its acute or chronic nature, the mode of infection, etc.

Among the fungi frequently involved in human mycosis, we find mainly:

Candida infections are the leading cause of nosocomial fungal infections (approximately 80%), ranging from mild infections of the skin or mucous membranes to severe organ infections.

If Candida albicans is the species most often involved, you must know that there are more than 150 species of Candida! Next are the Aspergillus fungi, which are responsible for most infections after Candida (10 to 20% of fungal infections contracted in hospital).

Finally, in tropical countries, many other species can be pathogenic, such as those responsible for scalp ringworm.

To find their way around, doctors also classify fungal infections, including:

Who are the people affected by fungal infections?

The frequency of fungal infections has increased steadily in recent decades. It must be said that these are favored by taking antibiotics, corticosteroid or immunosuppressive treatments (given for example in cases of transplant or certain cancers), and they are frequently found in people suffering from an immune deficiency ( especially those infected with HIV or AIDS).

Few studies exist, however, to establish the prevalence of fungal infections in the general population.

In France, however, it is known that invasive fungal infections (serious, by definition) affect an average of 3,600 people admitted to hospital each year and that at least one-third die of them.

Thus, according to the April 2013 Epidemiological Weekly Bulletin, “the 30-day overall mortality of patients with candidemias is still 41% and, in invasive aspergillosis, mortality at 3 months remains above 45%. ”

Note that the diagnosis of invasive fungal infections remains difficult, due to lack of effective and reliable diagnostic tests.

What are the causes and modes of transmission of mycosis?

Fungal infections often come from a simple imbalance of naturally occurring microorganisms in the body.

It is indeed colonized by a multitude of fungi and various bacteria, harmless most of the time and even essential to the proper functioning of the body.

It may happen, however, that some of these fungi proliferate and become pathogenic, or that an “external” fungus, transmitted for example by an animal, causes an infection. In total, 200 to 400 species of microscopic fungi can cause diseases in humans.

However, fungi present in the environment can also contaminate humans, for example:

symptoms of fungal infections vary greatly depending on the location and the type of agent involved. It is therefore impossible to draw a general picture.

For example, candidiasis and aspergillosis, which are among the most common fungal infections, can cause extremely different symptoms.

There is thus oral and digestive candidiasis, which result in the presence of a whitish “coating” on the tongue, for example, and / or pain in the esophagus or stomach.

Genital candidiasis is also common, especially vaginal candidiasis favored by pregnancy, contraceptive use and endocrine diseases such as diabetes. It causes itching and burning in the vagina and vulva, as well as “creamy” white losses.

Candidiasis can also reach skin folds (eg in infants) or colonize the fingernails or feet. The onychomycosis (fungal nail infections) may however be caused by other types of fungi (dermatophytes).

In the most severe cases, Candida spreads throughout the body via the blood, causing a “candidemia” often fatal.

They occur mainly in the respiratory system. They can lead to sinusitis, bronchitis (resulting in “aspergillary asthma”) and can become invasive, especially in people who have received an organ or stem cell transplant after leukemia, for example.

Are there risk factors for the development of mycosis?

Fungal infections mainly occur in people with weakened immune systems. It is in these cases that they are the most dangerous and most likely to contaminate the whole organism.

Thus, the people most at risk of serious mycoses are:

The pregnancy and diabetes are also factors favoring fungal infections. Taking antibiotics , by unbalancing the digestive bacterial flora, can promote the colonization of endogenous fungi.