Gastritis is inflammation of the lining of the stomach . This inflammatory disease can be acute or chronic . It can indeed appear suddenly, heartburn or difficulty digest disappearing in a few days. It can also return regularly and evolve over several years. 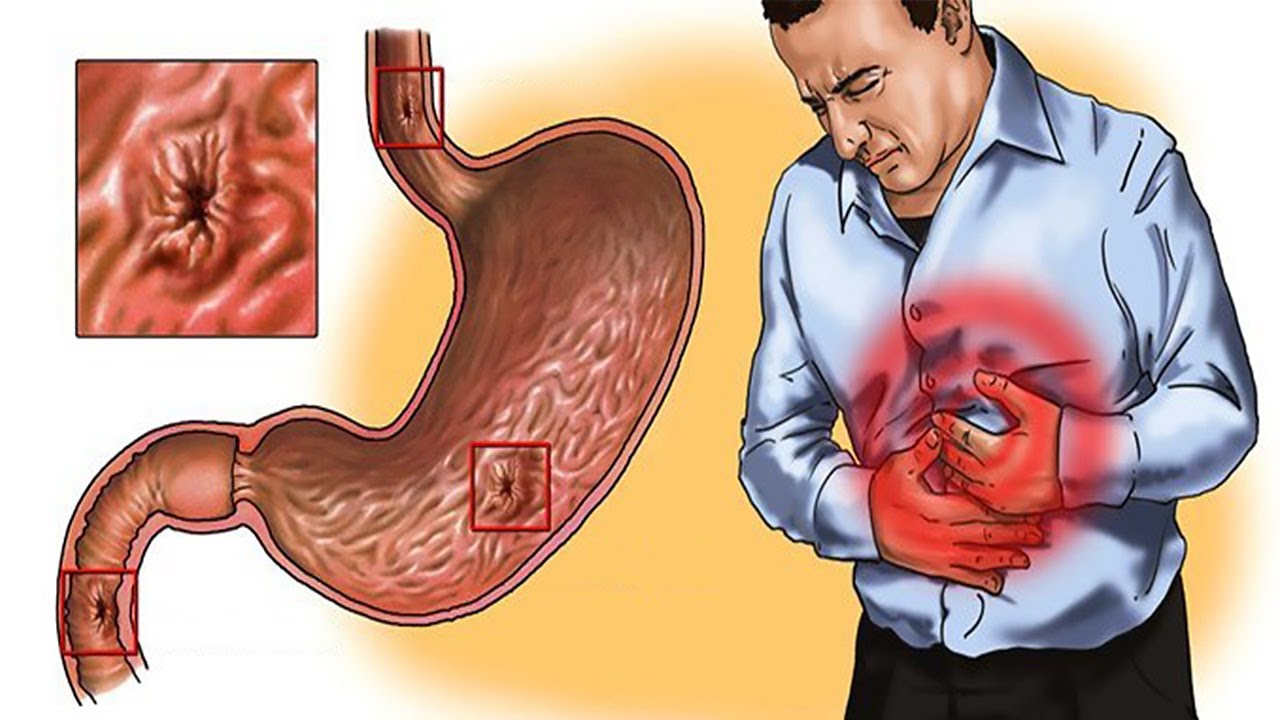 Role of the stomach lining

The lining of the stomach protects the wall of this organ from acidic secretions produced during digestion. It plays a role of barrier. Without protection, the wall of the stomach would be attacked and dug by the different substances produced by the body to digest food. An ulcer would inevitably result from these acid attacks.

The causes of Gastritis

They are not always known. But many parameters or diseases can weaken the lining of the stomach and increase the risk of developing gastritis. Acute gastritis may be due to a drug, such as a long-term nonsteroidal anti-inflammatory drug (NSAID) or a corticosteroid, stress or anxiety. Chronic gastritis is frequently caused by the bacterium Helicobacter pylori. Tobacco or alcohol can also be responsible for its appearance. Other causes, less frequent, exist. Bile reflux gold autoimmune gastritis may or may not be associated with other autoimmune diseases such as Biermer’s disease.

The diagnosis of Gastritis

It is based on the symptoms described by the person affected but especially on an endoscopy of the digestive tract. This examination allows the doctor to visualize the wall of the stomach. A tube containing the endoscope is introduced into the throat, esophagus and stomach. Thus an inflammation can be detected and evaluated. 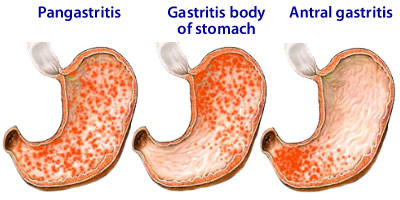 A sample (biopsy) of the gastric mucosa confirms the diagnosis and sometimes determines the cause of gastritis. A blood test is often recommended.

Chronic gastritis can increase the risk of developing an ulcer or stomach cancer.

Gastritis does not always have any obvious signs. Possible symptoms are:

People at risk for Gastritis

Older people have a higher risk of developing gastritis, simply because the years weaken the lining of the stomach. In addition, Helicobacter pylori infections are more common in the elderly.

The factors that increase the risk of developing gastritis are various. People infected with Helicobacter pylori bacteria are at higher risk for gastritis. However, the presence of bacteria in humans is very common. Scientists do not clearly explain why some people, carriers of  H. pylori , will develop stomach disease and others will not. Certain parameters such as smoking or stress (and particularly the stress experienced during major surgery, major trauma, burns or severe infections) could come into play. 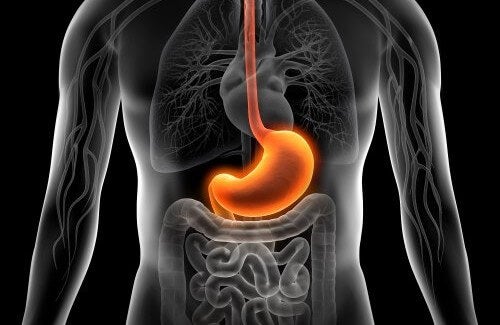 Other risk factors for gastric inflammation are regular medication (aspirin, ibuprofen, naproxen, which is also an NSAID) or excessive alcohol consumption. Alcohol effectively weakens the lining of the stomach.

The treatment begins with the management of the factors responsible for the onset of gastritis (when we know them!). Thus, the doctor may suggest stopping the NSAIDs involved until the symptoms disappear.

In case of acute gastritis, which usually lasts only a few days, the doctor may encourage his patient to take liquid meals, which allow the stomach to rest. Antacids can relieve.

In case of chronic gastritis, the care is different. If it is due to the presence of Helicobacter pylori bacteria , antibiotic treatment is started (eg amoxicillin and clarithromycin). To this may be added gastric bandages, pain medications or which reduce gastric acidity such as histamine H2 receptor blockers also called H2 antihistamines or proton pump inhibitors (PPIs such as esomeprazole, lansoprazole, omeprazole, pantoprazole and rabeprazole).