The  gastroenteritis  is an infection of the  digestive system  that causes nausea, vomiting, abdominal cramps and diarrhea. In the majority of cases, it is short-lived. Symptoms occur quickly and usually resolve after 1 to 3 days.

Gastroenteritis has multiple causes. It can be different  viruses ,  bacteria  or other microorganisms (such as amoebae) that are transmitted mainly by hands, water and contaminated food. The intensity and duration of symptoms vary depending on the cause. The  viral gastroenteritis  is far the most common (more than two thirds of cases).

Many viruses can be involved. In adults,  noroviruses  (or caliciviruses) are recognized as the agents most often implicated in outbreaks of viral gastroenteritis. The best known of these is the Norwalk virus, first identified in 1968 at a school in Norwalk, United States, during an outbreak of gastroenteritis. As for the  rotavirus is the type most frequently guilty of gastroenteritis virus in young children (more than half of cases).

There is also gastroenteritis that is caused by bacteria such as Salmonella, Campylobacter,  Shigella, E. coli, Vibrio, Yersinia and  Clostridium difficile . Parasites can also be involved such as amoebae, Giardia and Cryptosporidium.

Traveler’s diarrhea can be found in about half of visitors to Asia (excluding Singapore), the African continent (except South Africa), and Central and South America. It is caused by water or contaminated food. Most frequently by the bacteria E Coli, then Salmonella, Campylobacter and Shigella. It occurs 4 to 14 days after arrival. It lasts in general from 1 to 5 days.

It is estimated that about one in five cases of gastroenteritis is caused by bacterial food poisoning. Three mechanisms can be at work:

Some antibiotics may cause Clostridium difficile gastroenteritis. This gastroenteritis can be very severe and fatal, especially in the elderly or weakened by a disease. This is one of the reasons why you should not take antibiotics without a valid reason.

Several studies in Canada have found that, on average, Canadians suffer from 1.3 gastroenteritis per year, of greater or lesser intensity.

According to the studies, it is estimated that 1 in every 200 children aged less than 5 years old is hospitalized each year in developed countries for rotavirus gastroenteritis. In Quebec, 2,000 to 2,500 hospitalizations a year are linked to this disease.

The gastroenteritis contracts by either of the following two ways:

By food poisoning (especially bacterial gastroenteritis). Consumption of food or water contaminated with germs may cause gastroenteritis. Foods that carry the most are, in order of importance, seafood, fruits and unwashed vegetables, poultry, beef and eggs.

By contact with a person or a contaminated object (viral gastroenteritis especially). This is the so-called “oro-fecal” way. You can contract the disease if, after touching a contagious person or contaminated objects or surfaces, you put your hands in the face or prepare a meal without washing your hands well. An infected person is contagious from the moment the symptoms begin and until about 48 hours after their disappearance. 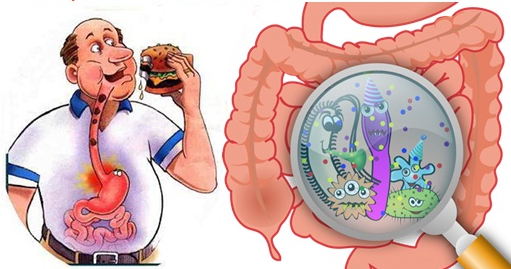 Some foods that can cause food poisoning

Although generally benign in industrialized countries,  gastroenteritis is  often fatal in many parts of the world (1.5 to 2.5 million deaths per year from acute diarrhea 11 ). In particular, rotavirus is particularly severe, very often causes dehydration. It particularly affects young children and causes 500,000 deaths a year in the world. If not properly managed, it can have serious consequences for  people of fragile constitution  (eg infants, young children, sick or elderly) due to the  dehydration  it causes.

Dehydration occurs when the body loses too much fluid and mineral salts, essential to the functioning of the body. A child can become severely dehydrated after only 1 or 2 days of  diarrhea .

It should be noted that in very rare cases, serious intoxications, particularly E. coli toxin infections, can cause  kidney damage . These intoxications begin with common symptoms of gastroenteritis – such as diarrhea – but can degenerate and lead to death. Gastroenteritis (colitis) with Difficult C can also be very serious and is sometimes fatal. 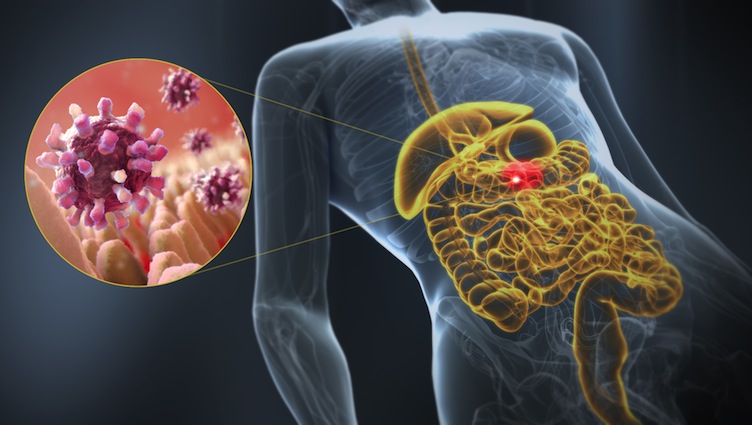 A doctor should be consulted as soon as possible if any of the following symptoms occur.

People at risk for Gastroenteritis

Do not follow the  hygiene measures  described in the section  Prevention of gastroenteritis .

Most people recover within 1 to 3 days. The goal of treatment is to rehydrateand prevent dehydration

The isolation of the sick person is desirable. It is better to stay at home and rest.

Often offer to drink an  electrolyte rehydration solution  to the child (on sale in a pharmacy). Suggest the solution, preferably fresh, several times an hour, in small sips or with a spoon. We start with as little as 5 to 15 ml at a time. In the baby from 0 to 6 months, from 30 to 90 ml per hour, from 6 months to 2 years 90 to 120 ml per hour, and for two years and more from 125 to 250 ml per hour. If the child starts vomiting again, give a break of 30 to 60 minutes and start again from the beginning (5-15 ml at a time).

As long as the discomfort persists, it is better to avoid consuming the following foods, which aggravate cramps and diarrhea:

To “block” diarrhea, especially during travel, antidiarrheal medications such as loperamide (eg Imodium, Diar-Ezee) or diphenoxylate hydrochloride (Lomotil) can be used. However, they do not treat the infection and should be avoided as much as possible. They are contraindicated in the presence of high fever or blood in the stool.

In more severe cases, hospitalization may be necessary. Doctors then use an intravenous infusion to rehydrate the body. Antibiotics are prescribed as needed to treat severe bacterial gastroenteritis.