Gingivitis: what is it?

Gingivitis is inflammation of the gums . These become red, irritated, swollen when they are normally firm and pale pink. They can bleed easily, especially when brushing teeth.

Gingivitis is very common . Sometimes asymptomatic, it can evolve, if it is not taken into account, in more serious diseases and more difficult to treat as a periodontitis. Untreated, the infection can indeed gain the gums, bones and surrounding tissues of the teeth. Gingivitis is ultimately the earliest stage of gum disease.

Gingivitis is due to the presence of dental plaque . Plaque is a sticky film made up mainly of bacteria, but also of saliva proteins, sugars and acids, which accumulates on the teeth.

This dental plaque thickens and hardens to form tartar if the teeth are not properly and regularly brushed. It is tartar that is responsible for the appearance of gingivitis. The more tartar is present on the teeth, the more it attacks the gums. The best way to fight against gingivitis is to have good oral hygiene and brush your teeth regularly . This simple action makes it possible to remove plaque and reverse the progression of gum disease.

The diagnosis starts from the symptoms described to the dentist. Then the professional examines the teeth and gums. He can do an X-ray to see if the bones are affected.

The first cause of gingivitis is poor oral hygiene that promotes the formation of plaque. Then come tobacco, alcohol, some drugs or hormonal changes. A poorly placed dental prosthesis can also be responsible for inflammation of the gums.

Gingivitis is the first stage of periodontal disease. If the infection progresses, it can reach the deeper tissues, the bone and thus become more serious diseases that can for example cause the fall of the teeth. Poor dental hygiene also has adverse effects on overall health.

Gingivitis may be associated with breathing problems. Bacteria in the plaque can migrate from the mouth to the lungs and cause an infection or aggravate an existing lung condition. There is also a link between gingivitis and diabetes. Diabetes may be more difficult to control because of the increased presence of blood-borne bacteria, which increases blood glucose levels.

In pregnant women, gingivitis is associated with a higher risk of preterm labor and low birth weight.

People at risk for Gingivitis

Gingivitis is a very common pathology. Age is an important parameter in the onset of the disease. The older you get, the more likely you are to suffer from this inflammation. In addition, men would suffer more periodontal disease than women.

The presence of dental plaque, and therefore poor oral hygiene, remains the first factor that promotes the appearance of gingivitis. Stress could also increase the risk of gingivitis, as well as a hormonal change, especially during menopause and pregnancy, smoking 1 , malnutrition, alcohol 2  and some diseases such as diabetes or HIV. 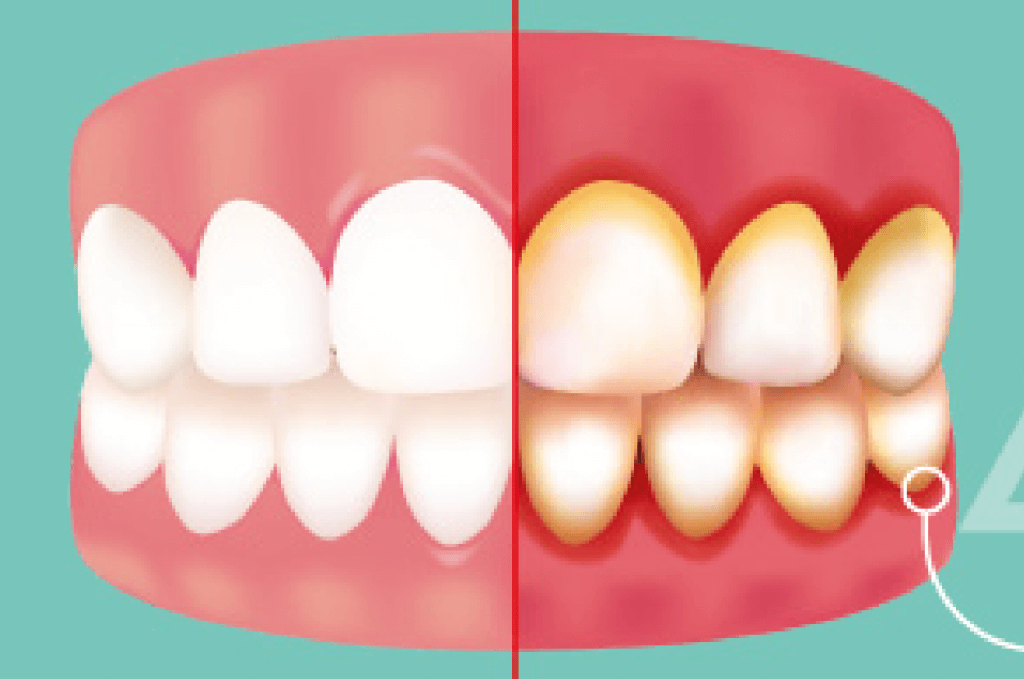 To fight against gingivitis and thus prevent the progression of this disease, it is necessary to start by brushing your teeth properly and to have, if necessary, a descaling by a health professional. An antiseptic mouthwash can be prescribed by the dentist. Finally, some toothpaste is indicated in case of gingivitis.

If a poorly fitting dental prosthesis is responsible for gingivitis, the dentist will have to replace it.