Hepatitis is an inflammation of the liver , most often caused by an infection with a virus, but sometimes by alcoholism, or intoxication by a drug or a chemical.

The symptoms vary a lot from person to person and depend on the cause of hepatitis. Some types of hepatitis cause the destruction of part of the liver.

The majority of hepatitis resolves spontaneously, without leaving any sequelae. Sometimes the disease persists for several months. When it lasts more than 6 months, it is considered chronic . When the liver is severely affected, a transplant of this organ may be the only solution.

Hepatitis is grouped into 2 main categories:

Viral hepatitis is much more common in non-industrialized countries . The hepatitis A is endemic in Africa, in some countries in South America and Asia. The same is true for hepatitis B. Indeed, in most countries in sub-Saharan Africa and Asia, where 8% to 10% of the population is infected with hepatitis B , it represents the one of the main causes of adult mortality (by liver cancer or cirrhosis). About 3% of the world’s population is infected with the hepatitis C virus . In Africa, the prevalence of this infection is the highest in the world: it exceeds 5%. 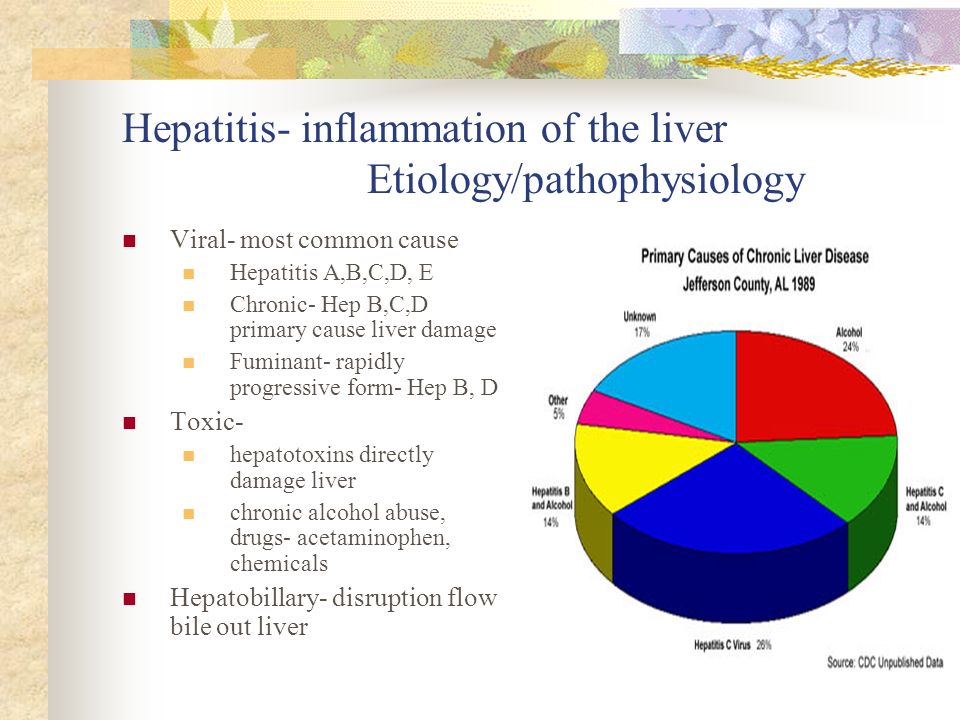 Public health authorities struggle to fight viral hepatitis, which often goes unnoticed for years. Before a diagnosis is made, the infection can not only have caused serious damage to the body, but has also been transmitted to others.

Hepatitis undiagnosed in time or poorly managed is likely to lead to very serious complications. 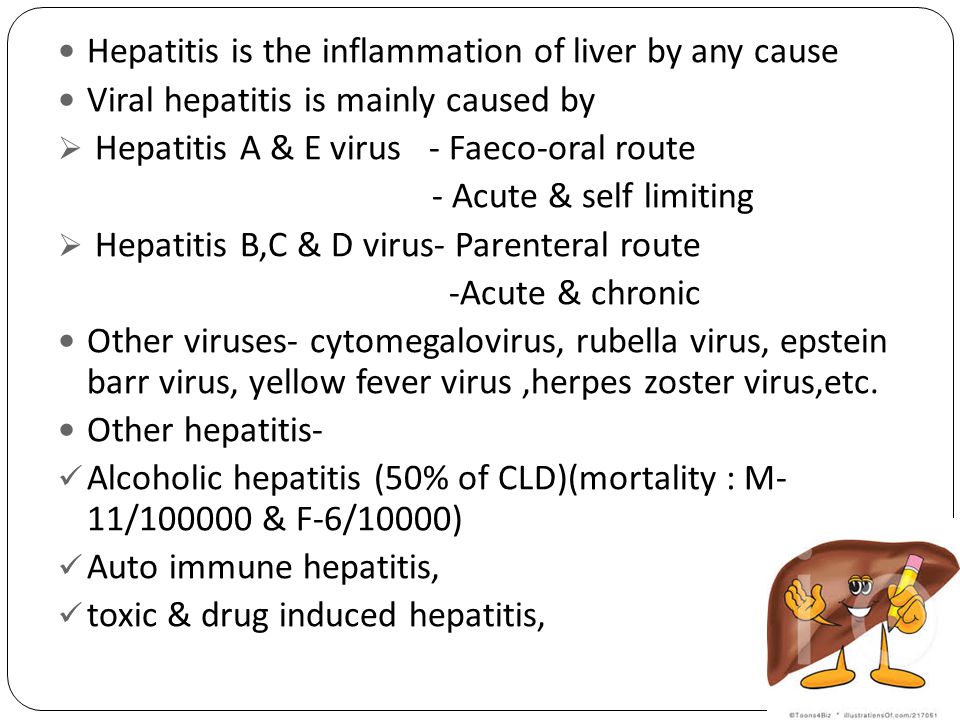 Symptoms of hepatitis (A, B, C, toxic)

Hepatitis is not necessarily betrayed by the various symptoms mentioned below. In many cases, the disease remains silent for years, or is simply a flu-like illness (fever, muscle aches, fatigue, and headache). It may have caused some serious damage.

Note. In case of cirrhosis , there is swelling of the stomach and legs (caused by water retention), confusion, easy bleeding and loss of muscle mass.

People at risk for hepatitis (A, B, C, toxic)

Risk factors for hepatitis (A, B, C, toxic)

The importance of risk factors varies from one region of the globe to another. The order of importance presented here is relative to the industrialized countries.

Note. Transmission through the blood is very rare.

Hepatitis B and hepatitis C

The risk factors are the same for these 2 types of hepatitis.

Prevention of hepatitis (A, B, C, toxic)

Medical treatments for hepatitis (A, B, C, toxic)

Normally, the body manages to fight the hepatitis A virus. This disease does not require special medical treatments, but rest and good nutrition are indicated. The symptoms disappear after 4 to 6 weeks.

In the vast majority of cases (95%), hepatitis B virus infection spontaneously heals and no pharmacological treatment is required. The recommendations are then the same as for hepatitis A: restand healthy eating .

When the infection persists beyond 6 months, it means that the body can not eliminate the virus. He needs help. In this case, several drugs can be used.

Antivirals (telbivudine, entecavir, adefovir, lamivudine) work directly against the hepatitis B virus. Clinical studies have shown that they can help control the course of the disease by suppressing the reproduction of the virus in the liver. most of the patients treated. They are taken orally, once a day. They are usually well tolerated.

The best-known drugs to treat this condition are long-acting interferon with ribavirin. They usually remove the virus by 24 to 48 weeks, and they are effective in 30% to 50% of cases, according to the World Organization for Health .

In the case of drug hepatitis, stopping the use of the drugs in question is an obligation: their reintroduction can be very serious. Exposure to the toxic product involved should also be avoided, if applicable. Usually, these measures allow the patient to recover health in a few weeks.

In case of aggravation

In the most severe cases and if possible, partial removal or liver transplantation should be performed .