Hepatitis A is caused by a virus that is rejected with stool by the patient. The hepatitis A virus is transmitted by water, contaminated food or even dirty hands, but also by oral sex practices.

All age groups are at risk and, according to the American Liver Foundation; up to 22% of adults who contract the disease are hospitalized. Hepatitis A is the most common form of viral hepatitis, but it is also the mildest form of viral hepatitis. There is never a progression towards chronicity and fulminant or subfulminating hepatitis is rare (0.15 to 0.35% of cases). After exposure to the virus, the incubation period varies from 15 to 45 days. Most patients recover completely in 2 to 6 months.

Risk of relapse: The blood now contains specific antibodies that normally provide total protection for life. Between 10 and 15% of those infected may have a relapse within 6 months after the acute phase of the infection, but there is no progression towards chronicity?

Risk of contagion: Since hepatitis A is often asymptomatic, it is easy to spread the virus without knowing it. The person is contagious two weeks before the onset of symptoms and seven to ten days after their disappearance.

Symptoms of hepatitis A

Note: Jaundice is present in 50 to 80% of adults, but it rarely appears in children. Hepatitis A can often go unnoticed. We can believe that it is a cold snap, a big cold or flu.

Risk Factors for Hepatitis A 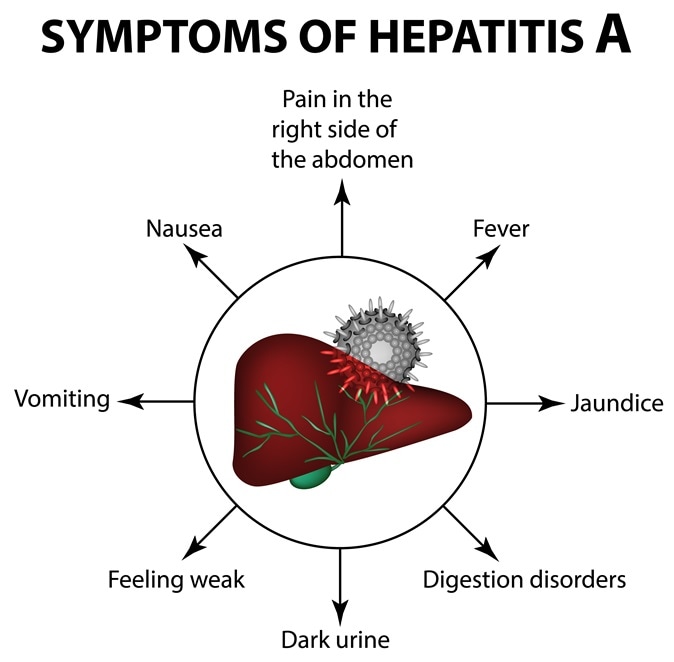 Prevention of hepatitis A

There are several vaccines against HAV:

And combinations of vaccines:

Immunoglobulin
this method is used for people who may be exposed to the virus less than four weeks after vaccination. In this case, an injection of immunoglobulin is made at the same time as vaccinating – but at another place on the body. This method is sometimes recommended for people who have had close contact with infected individuals. There is no risk in case of pregnancy.

Travel hygiene precautions
Pay attention to what you drink. Which means: never drink tap water. Choose bottled drinks that will be unpacked in front of you. Otherwise, sterilize the tap water by boiling it for three to five minutes. To brush your teeth, also use uncontaminated water. Never add ice cubes to drinks unless they have been prepared with mineral water from an encapsulated bottle. It is also important to avoid soft drinks and locally produced beers in endemic areas.

In case of accidental injury, never clean the wound with tap water. It must be done only with a disinfectant.

Eliminate all raw foods even when washed, since the wash water may be contaminated. And all the more so, in regions at risk, these foods can also be infected by other pathogens. We must therefore avoid the consumption of uncooked fruits or vegetables (except those with a peel), and green salads; raw meat and fish; and seafood and other crustaceans that are usually eaten raw.

The foregoing food recommendations also apply to those who frequent the best hotels or established tourist tours.

Always use condoms during sex if you travel to risky areas. And it is better to bring condoms with you because of the poor quality of those found in many areas at risk.

Hygiene measures to be observed at all times or in case of infected person in the household:

If you live with an infected person or if you are infected yourself, it is important to wash your hands well after defecation or before eating to avoid possible contagion in the household, in addition to being vaccinated. 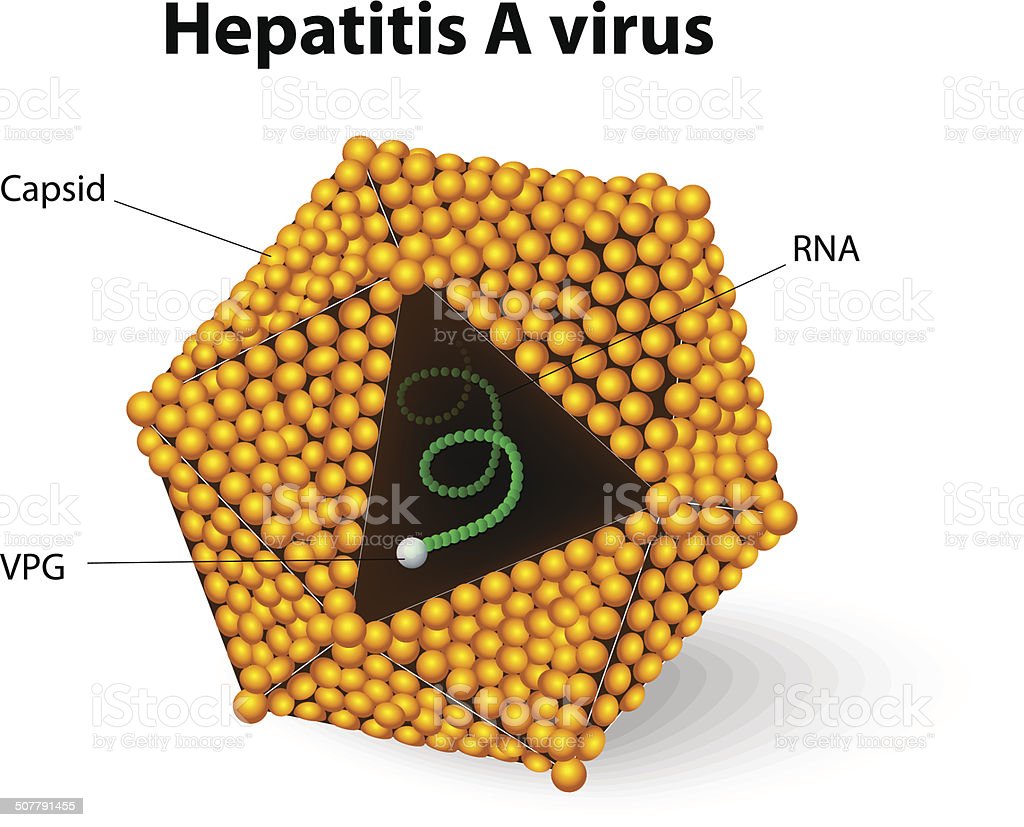 Medical treatments for hepatitis A

There are no specific drugs to treat declared hepatitis A. However, doctors recommend that certain measures be taken to promote healing:

NB: While the search for the virus in the blood is required in the case of other forms of hepatitis, it has no therapeutic interest for hepatitis A. Generally, it is also negative since at the moment tests are done, the virus has left the blood and is no longer detectable only in the stool.

In cases of fulminant hepatitis, which is very rare, a liver transplant may be required to prevent a fatal outcome.

Unconventional Treatments for Hepatitis A

The holistic approach joins the strictly medical approach regarding rest, water consumption and diet. It also suggests fighting the hepatotoxic effect of certain substances (drugs, industrial pollutants) and negative emotions. In addition, some additional measures may be helpful in relieving a painful liver, helping it get through this difficult time, and accelerating healing, especially when it comes to people who already have liver disease or who are not in very good health, or if there are complications or the disease is prolonged.

See Hepatites (overview) for details of each of the solutions proposed below.

Several western and Chinese plants may be useful in acute viral hepatitis. For hepatitis A, one could try the two following plants.

Yin Chen or sagebrush (Artemisia capillaris). It would be effective for acute hepatitis and jaundice.

Dandelion (Taraxacum officinale). This very common plant has already been investigated in the case of hepatitis and jaundice.