In the case of a hiatal hernia , it is the stomach that rises partly through a small opening called the “esophageal hiatus”, located in the diaphragm, the respiratory muscle that separates the thoracic cavity from the abdomen.

The hiatus normally allows the esophagus (tube that connects the mouth to the stomach) to cross the diaphragm to bring food to the stomach. If it widens, this hole can let go up part of the stomach or the entire stomach, or other organs contained in the abdomen.

There are two main types of hiatal hernia: There are also two other types of hiatal hernia, less common, which are in fact variants of the paraesophageal hernia:

Types II, III and IV together represent 10 to 15% of cases of hiatal hernia.

According to the studies, 20 to 60% of adults would have hiatal hernia at some point in their lives. The frequency of hiatal hernias increases with age: they affect 10% of people under 40 and up to 70% of people over 60 years of age.

However, it is difficult to obtain a precise prevalence because many hiatal hernias are asymptomatic (do not cause symptoms) and are therefore not diagnosed.

Causes of the disease

The exact causes of hiatal hernia are not clearly identified.

In some cases, the hernia is congenital, that is, it is present from birth. It is then due to an anomaly of the hiatus which is too wide, or of the whole diaphragm which is badly closed.

However, the vast majority of these hernias occurs over the course of life and is more common in the elderly. The elasticity and rigidity of the diaphragm seem to diminish with age and the hiatus tends to widen, allowing the stomach to rise more easily. In addition, the structures that attach the cardia (the gastroesophageal junction) to the diaphragm, and that keep the stomach in place, also deteriorate with age.

Some risk factors, such as obesity or pregnancy, may also be associated with hiatus hernia.

The hiatal hernia by sliding mainly causes heartburn, but it is most often without gravity.

The hiatus hernia rotation is often asymptomatic but it tends to increase in volume over time. It can be associated with life-threatening complications, such as:

The symptoms differ according to the type of hiatal hernia . However, in many cases, the hernia does not cause any symptoms because it is not a disease in itself, just an organ in a bad position. It is sometimes diagnosed by chance, during a medical imaging examination such as an endoscopy or an X-ray.

It can sometimes cause or aggravate gastroesophageal reflux (heartburn), that is, the rise of acidic juice from the stomach inside the esophagus.

Without treatment, acidic juices can eventually irritate the lining of the esophagus, causing oesophagitisand even ulcers (small wounds).

It does not cause heartburn. Very often, it causes no symptoms or only intermittent discomfort.

When there are, the most common symptoms are:

In rare cases, the poorly positioned stomach is twisted and may cause blood flow to the organ and cause tissue death. This causes severe pain, vomiting, and urgent surgery is required because severe gastrointestinal bleeding may occur.

People at risk for hiatal hernia

Hiatal hernia is more common in western countries and in people over 50 years of age. Women are also more prone to this type of problem than men, probably because of pressure in the abdomen during pregnancy.

Except for age, some factors seem to increase the risk of hiatal hernia:

The paraesophageal hiatal hernias are more common in people who have had surgery to reduce gastroesophageal reflux disease, or any other intervention involving the esophagus or stomach. 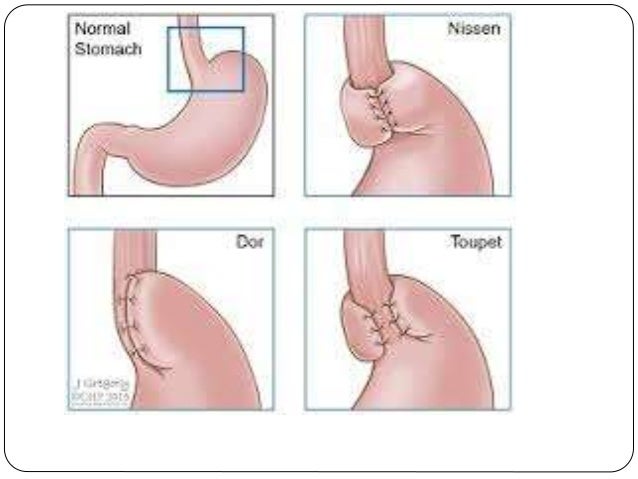 Treatment depends on the severity of the symptoms and the type of hernia.

Slipped hiatal hernias generally do not cause serious complications, but may be associated with gastroesophageal reflux.

The treatment is that of heartburn, several drugs that can be prescribed to limit gastric acidity or neutralize:

In case of persistent heartburn despite treatment, surgery to resorb the hernia and replace the stomach may be considered.

Important paraesophageal hiatal hernias or those causing troublesome symptoms should be surgically treated to avoid any potentially fatal complications, such as gastric volvulus. The procedure repositions the stomach under the diaphragm, while reducing the diameter of the hiatus and “tying” the stomach to prevent recurrence of the hernia.

The operation is effective and sustainable for the vast majority of people affected.