Hypercalcemia is defined by an abnormally high level of calcium in the bloodstream. This is usually the result of kidney damage, a malignant tumor or other underlying pathologies.

Hypercalcemia is characterized by an excessive level of calcium in the blood. It is defined by an amount greater than 2.60 mmol of calcium, per liter of blood (calcium & gt; 2.60 mmol / L).

Hypercalcemia must be identified, diagnosed and managed as quickly as possible in order to limit the serious consequences. In addition, this condition is usually related to a failure of an organ or a malignant tumor (able to develop into cancer).

Each individual may be affected by hypercalcemia. However, people with kidney disease, taking vitamin D-containing medicines, or patients with malignancy, are more prone to hypercalcemia.

Different levels of importance of hypercalcemia are to be differentiated:

As a result, the level of hypercalcemia is directly related to the importance of the associated symptoms.

The primary cause of hypercalcemia is the presence of underlying kidney disease.

Other origins may be associated with this assignment:

Evolution and possible complications of hypercalcemia

The evolutions and complications of this disease are similar to larger abnormalities of the renal system.

In addition, hypercalcemia may be a consequence of the presence of an underlying malignancy. Early diagnosis and identification of this cause reduces the risk of developing cancer.

Hypercalcemia less than 3.50 mmol / L is relatively common. This is a little or no symptomatic assignment.

For more important cases, the atypical symptoms are: 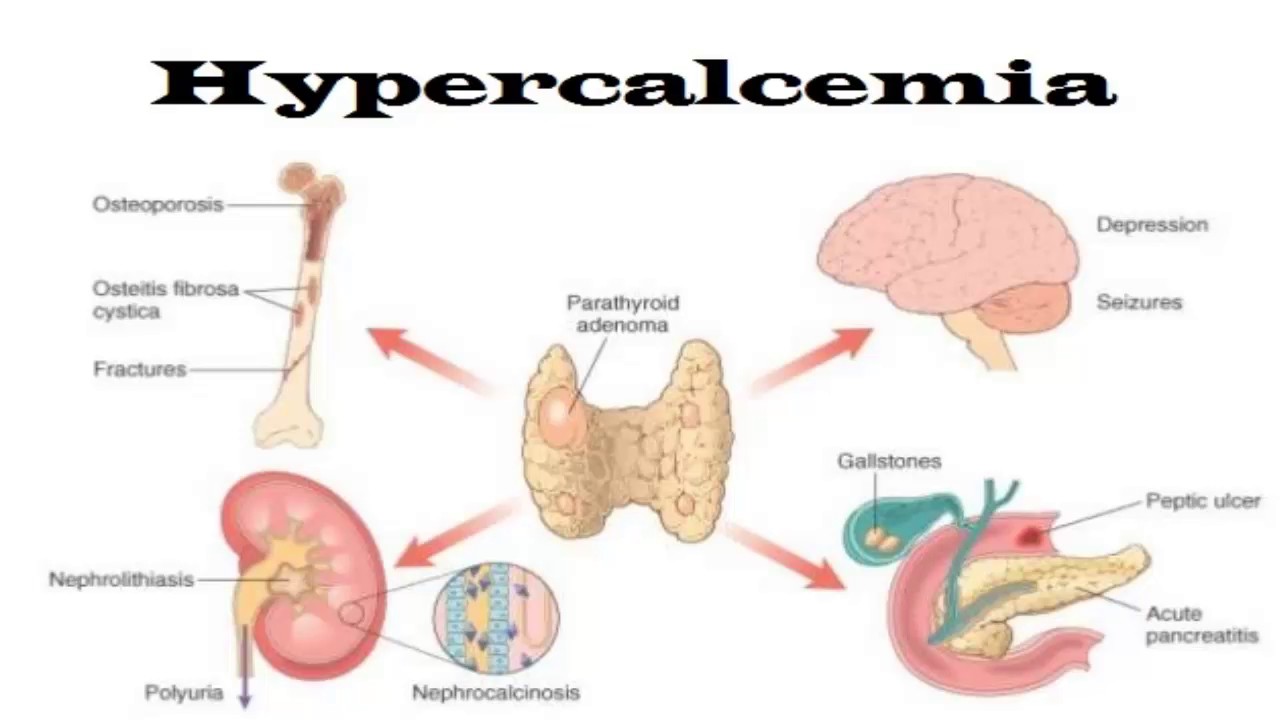 The risk factors associated with hypercalcemia are: the presence of underlying renal disease, malignancy, or other disease.

How to treat hypercalcemia?

Drug treatments exist in the management of hypercalcemia.

Diphosphonate, intravenous injection (IV) is particularly effective as an outpatient treatment, and improves the quality of life of patients.

In the context of other clinical signs: neurological disorders, dehydration, etc. the basic treatment may be supplemented with mineralocorticoids or IV rehydration.