Hyperkalemia is an abnormally high level of potassium in the blood. The symptoms of hyperkalemia are primarily an arrhythmia accompanied by intense fatigue.

Hyperkalaemia is a disease caused by an abnormally high level of potassium in the blood. Most of the body’s potassium is found in cells and organs (98%). Only 2% of this chemical element is normally found in the bloodstream.

The level of potassium in the bloodstream is regulated by the kidneys. The presence of kidney disease (nephropathy) can therefore be the cause of a deregulation of potassium levels in the blood, and thus lead to more or less serious consequences. This is the development of hyperkalemia. 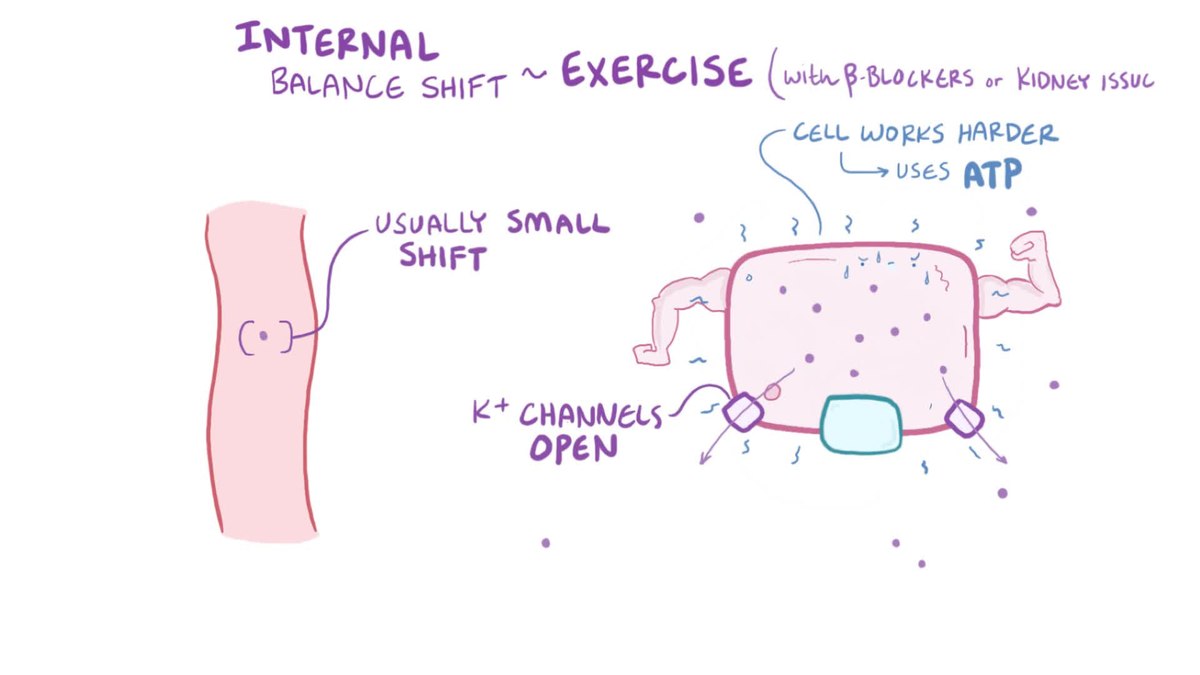 The prescription of drugs, or a suitable diet, can regulate this abnormally high level of potassium in the blood. Nevertheless, hyperkalemia may be vital for the patient. The care must then be done as early as possible.

Any individual, regardless of sex, may be affected by the development of hyperkalemia.

However, people whose diet is very rich in potassium (athletes on a high-protein diet for example) are more exposed to hyperkalemic risk. In addition, patients with kidney and / or cardiovascular disease are also at increased risk of hyperkalemia.

There are several possible causes of hyperkalemia:

The complications and the most probable evolutions of the disease are more or less serious cardiac and cardiovascular attacks, but also a risk of an organ and muscle system deficiency. The major risk factors of hyperkalemia are:

Sometimes patients with hyperkalemia have no symptoms.

Nevertheless, the symptoms most widely found in the context of such an attack are:

How to treat hyperkalemia?

The drug treatments used in hyperkalemia help to restore the heart rate, as well as to promote the passage of potassium from the general blood stream to the cells. They also facilitate the excretion of excess potassium.

Hemodialysis is the most commonly used way to treat hyperkalemia. This technique eliminates excess potassium from the body.

The most commonly prescribed drugs include: calcium gluconate, insulin, sodium bicarbonate, diuretics, and others.