The hyperlipidemia is having a high rate of blood lipids (excess fat), which included cholesterol and triglycerides. This physical state does not cause symptoms. For many people, it does not have any harmful consequences. It is, however, one of the most important of the many risk factors that, added together, can lead to cardiovascular disease.

The excess of lipids in the blood helps to harden and thicken the wall of the arteries of the heart, the coronary arteries. Therefore, the heart adapts more and more difficult to the physical effort. Hyperlipidemia, by damaging the walls of the arteries, also contributes to the formation of blood clots that can completely clog an artery causing a stroke, an infarction (heart attack). Thickened patches of the artery wall can also become detached and become entrained in the circulation (fatty embolus) and then migrate to small arteries that they mouth, causing for example a stroke.

Although smoking has halved, the increase in overweight, obesity and waist circumference (in the abdominal area) (about 5 cm to 6 cm more over the last 20 years) suggests an increased frequency of cardiovascular disorders for years to come.

Nevertheless, it should be noted that these cardiovascular disorders are less often fatal than in the past: the mortality rate has dropped by about 40% in recent decades. For stroke, care is also becoming more and more effective.

Where does the excess cholesterol and triglycerides come from?

The liver produces the vast majority of cholesterol (4/5) used by the body in various functions. The rest comes from food, especially animal foods. It is foods rich in saturated fats (fatty meats, butter, fatty dairy products) and Tran’s fats (hydrogenated margarines, vegetable shortening, desserts, and pastries) that increase the rate of “bad” cholesterol, called LDL. However, we now know that for the majority of people, dietary cholesterol alone has little effect on blood cholesterol levels: it affects only 1/5 the blood cholesterol level. Eggs, shrimp and offal, for example, high in cholesterol should not be banned because they contain little saturated fat.

Cholesterol is a specifically animal molecule, absent from plants. It helps to absorb dietary fat through the formation of bile. Cholesterol also allows the manufacture of hormones so it is essential to life, we cannot live without cholesterol.

As for triglycerides , they come mostly from alcohol and sugars ingested excessively (especially “fast” sugars, such as fruit juices and other sugary drinks, cakes, confectionery and jams trade), transformed into triglycerides by the liver. Thus, even if triglycerides are a type of lipid (therefore fat) blood, their presence in excess does not usually come from dietary fat, but rather from the excess of sugars.

How to detect hyperlipidemia?

By a lipid report made from blood tests (the doctor writes on the prescription: explanation lipid abnormality), we measure:

Depending on the case, other blood tests may be offered by the doctor. For example, measuring the level of LP (lipoprotein was significantly elevated in people with high LDL-C levels simultaneously) and measuring C-reactive protein, a marker of inflammation.

Too high or normal: how to evaluate cholesterol levels?

Doctors are now assessing cholesterol levels relatively. They no longer talk about normal rates, but rather about rates relative to the general condition of each person and, especially, the presence of other risk factors for cardiovascular disease. 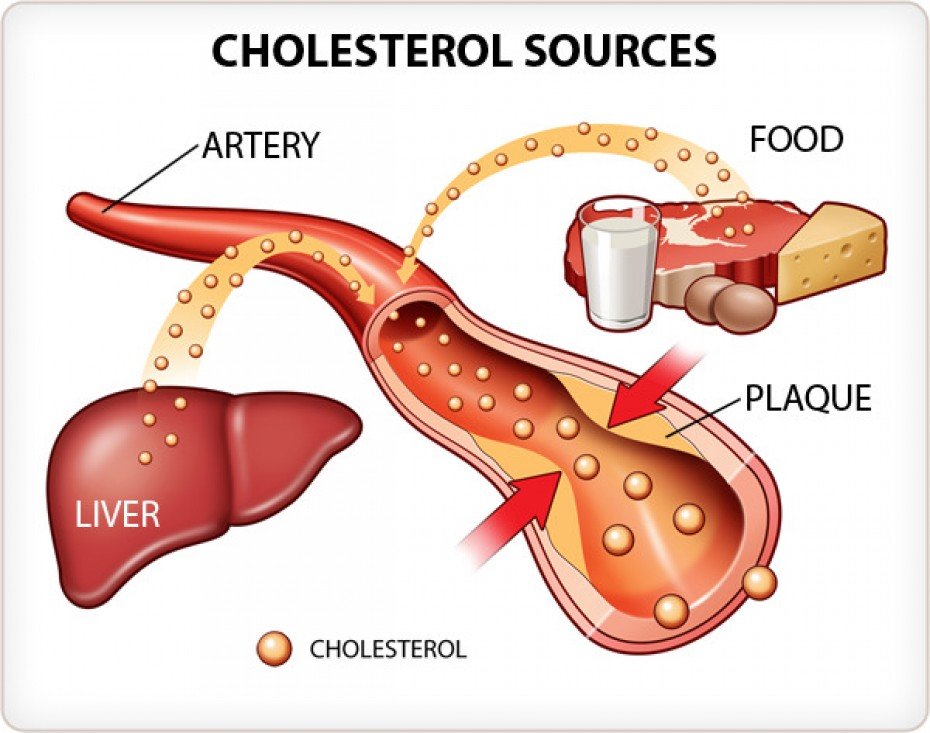 Cardiovascular risk factors are divided into modifiable factors or not

Non-modifiable risk factors:
– The age of over 50 for a man or over 60 for a woman.
– The personal history of infarction or stroke,
– These same antecedents present in the first family line (sisters, brothers, father and mother) before age 55 for men and 65 for women.

For example, for identical cholesterol levels:

The recommendations for treating cholesterol in France

Then we refer to the table below, which determines the LDL-C objectives to be set according to the associated risk factors.

And the triglyceride level?

The rate of triglycerides varies quite easily from day to day, according to the diet. Experts have not yet determined a target to achieve (ideal triglyceride levels) in order to prevent heart disease. That said, when the triglyceride level reaches or exceeds 1.7 mmol / l (1.5 g / l), it is a risk factor for metabolic syndrome. We talk about hypertriglyceridemia beyond 2 g / l

In people who have never had a cardiovascular accident, we talk about primary prevention.

Symptoms of Hyperlipidemia (cholesterol and triglycerides)

Hypercholesterolemia and hypertriglyceridemia are not accompanied by any symptoms. When symptoms appear, the arteries have already lost 75% to 90% of their diameter. People at risk for Hyperlipidemia (cholesterol and triglycerides)

The lifestyle habits contribute to raising the level of cholesterol and accelerate the deleterious effects on the arteries.

The treatment varies according to the lipid balance values and the presence or absence of other risk factors for heart disease.

For people whose health check reveals a high risk of coronary heart disease, a major change in lifestyleis at the heart of the therapeutic approach  : diet, smoking, physical activity, alcohol consumption.

If possible, seek the services of a nutritionist or dietician. It is recommended to see your family doctor again 4 to 6 weeks after your first visit.

According to the most recent data, the pharmacological treatment would have an interesting efficiency essentially for people who have already had an infraction or a crisis of angina, to prevent the occurrence of other heart problems. 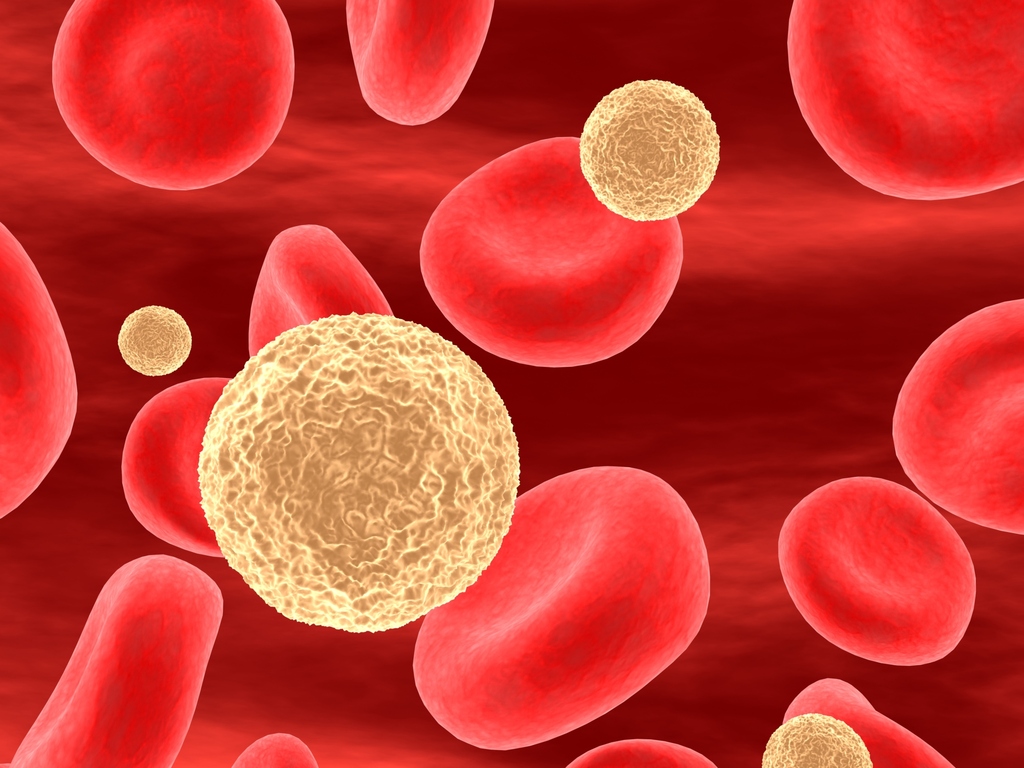 Here are the dietary recommendations:

As a first step, some doctors recommend removing desserts (other than fruit), which are unnecessary sugars and evaluate the effect after a few months. It is also important to monitor the amount of breadconsumed.

Also noteworthy is the Portfolio diet, a diet designed to improve the lipid profile, which is similar to vegetarianism. Followed rigorously, this diet would lower LDL cholesterol up to 35%.

The benefits of the Mediterranean diet on heart health are now widely recognized. (the recent PREDIMED study confirms the benefits).

The health benefits of physical activity are multiple. In addition to contributing to weight loss and weight maintenance, it has been proven that being active increases HDL levels and lowers triglycerides.

A minimum of 30 minutes of moderate to vigorous activity per day is usually recommended (for example, walking). Ideally, you should aim for 1,000 calories per week. For example, one person may choose to walk 30 minutes each day, another to walk 1 hour 3 times a week, etc. The statins are the most frequently prescribed drugs. Generally well tolerated, they can nevertheless cause various undesirable effects. This would be the case for about 5% of people who take it. Among the most important are muscular pains of the type of muscle cramps that can lead to rhabomyolysis.

The efficacy of statins in primary prevention (in people who have never had a cardiovascular event) is, however, controversial. In 2007, the French cardiologist Michel Lorgevil had ruled against the use of statins in a book for the general public. Prof. Even has also largely fueled the media debate and sparked considerable controversy on the part of the affected cardiologists. In June 2010, the publication of new scientific data revived the debate. The ability of these drugs to prevent a bout of angina or heart attack in at-risk patients would be very low or nil.

The experts’ point of view