Hypertrichosis is excessive hair growth in both men and women, when it is not linked to an excess of male hormones (androgens). It occurs in areas that already have hair, usually in the form of down. It must be distinguished from hirsutism, which refers to hair of the male type in women and children. Its causes are most often genetic or medicated.

Hypertrichosis and hirsutism are both abnormally abundant hair, but they are two diseases that should be distinguished because the clinical picture, cause and treatment differ.

Hypertrichosis occurs in areas usually with hair in both men and women. The achievement of hypertrichosis is localized or generalized. Hirsutism is excess hair in women and children in body areas where it is normally absent and characteristic of men: the upper lip, the chin, the chest, the navel area, the buttocks … these are the androgen-dependent skin areas, that is to say where the hair depends on the level of androgenic hormones. Hirsutism is not uncommon, affecting 5% to 15% of women. 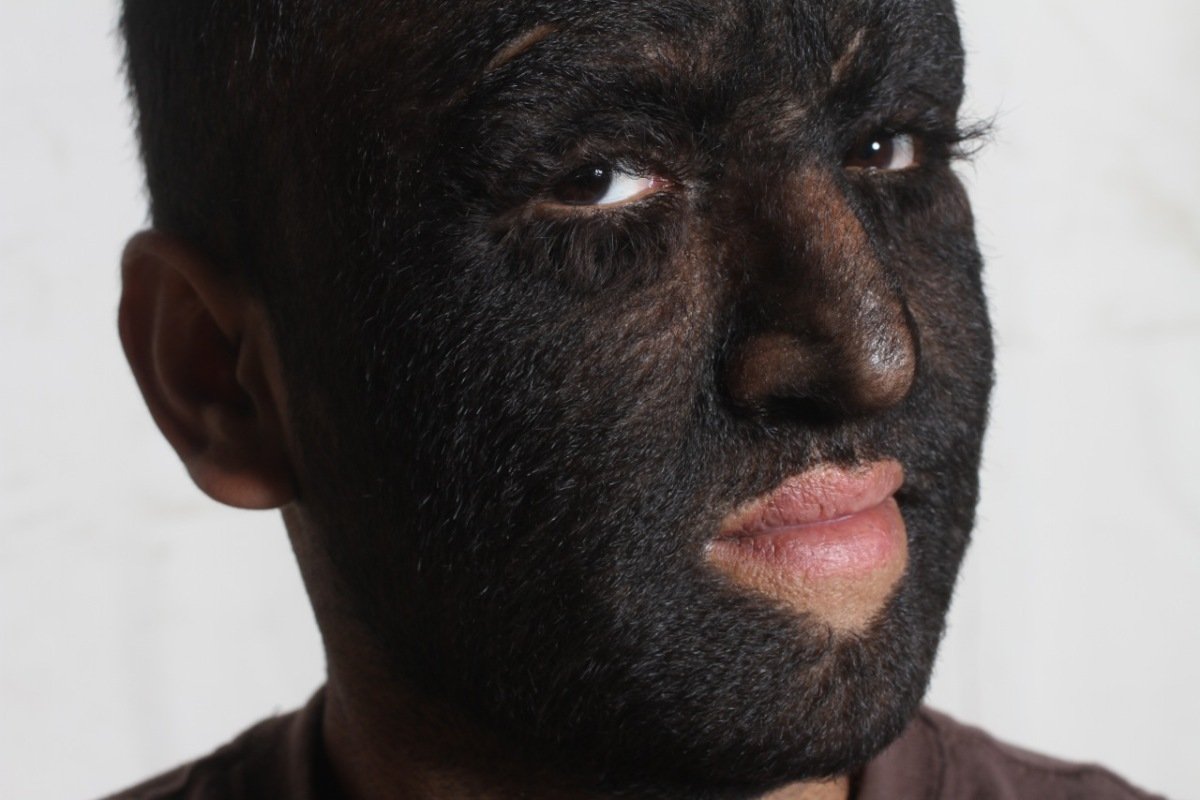 Ambras syndrome is the most severe form of congenital universal hypertrichosis, characterized by the presence of long, fluffy hairs all over the face and body, sometimes accompanied by abnormal facial (facial dysmorphic) and teething. Only a few dozen people have been described around the world, sometimes famous such as Pedro Gonzales of Tenerife and Julia Pastrana of Mexico, fueling fantasies and exhibited in circuses until the 19th century.

In the vast majority of cases, hypertrichosis is either hereditary or drug-induced. Three drugs are most often responsible for the onset of hypertrichosis: ciclosporin, phenytoin and minoxidil. It is easy to determine the drug in question and hypertrichosis usually disappears a few months after stopping treatment, if the decision to stop treatment is taken.

Unlike hirsutism, hypertrichosis does not result from an excess of androgen hormones (the most well-known testosterone), but it can be aggravated by it. Hirsutism can also be drug-induced, or result from polycystic ovary syndrome ( PCOS ), a relatively common hormonal disorder that refers to an unusual increase in the production of male hormones (androgens) in the ovaries. Rarely, a tumor (ovarian or adrenal) is the underlying cause.

Populations exposed to a widely used pesticide in the past, hexachlorobenzene (HCB), are at greater risk of developing hypertrichosis.

Ambras syndrome, a severe form of hypertrichosis but limited to a few individuals worldwide, is thought to be due to a genetic anomaly on chromosome.

Prevention and treatment of hypertrichosis

The treatment of excessive pilosity involves the search for its cause, for example the search and the stopping of a possible treatment causal drug.

A range of aesthetic treatments, local and non-medicated is implemented spontaneously by the person with excessive hair. These treatments can temporarily relieve the psychological sequelae induced: shaving, mechanical and laser hair removal, depilatory creams, discoloration with products based on oxygenated water and ammonia, diathermy (electro-coagulation hair removal), etc. 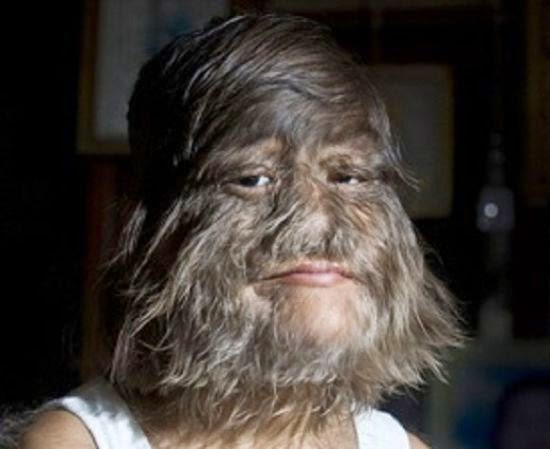 The use of eflornithine (a dermal cream) has quickly spread to fight against hirsutism in the face, but can have side effects such as the appearance of acne. However, the drug has received a marketing authorization (AMM), which is not the case for all treatments that spontaneous use of people with the disease.

It should be emphasized that the use of hormone therapy (androgen-inhibiting drugs) is considered in cases of hirsutism but not hypertrichosis (see Origins of the disease).