Hypoxia is a medical term used to denote a lack of oxygen supply to the tissues of the body. Localized or generalized, hypoxia requires adequate medical management to avoid the occurrence of complications.

Hypoxia, or tissue hypoxia, is an inadequate supply of oxygen relative to the needs of body tissues. Before it can be used in the body, oxygen is an element that must be brought by breathing, transported within the bloodstream and then distributed to different tissues. Hypoxia may be due to different stages of this process. In particular, it may refer to: 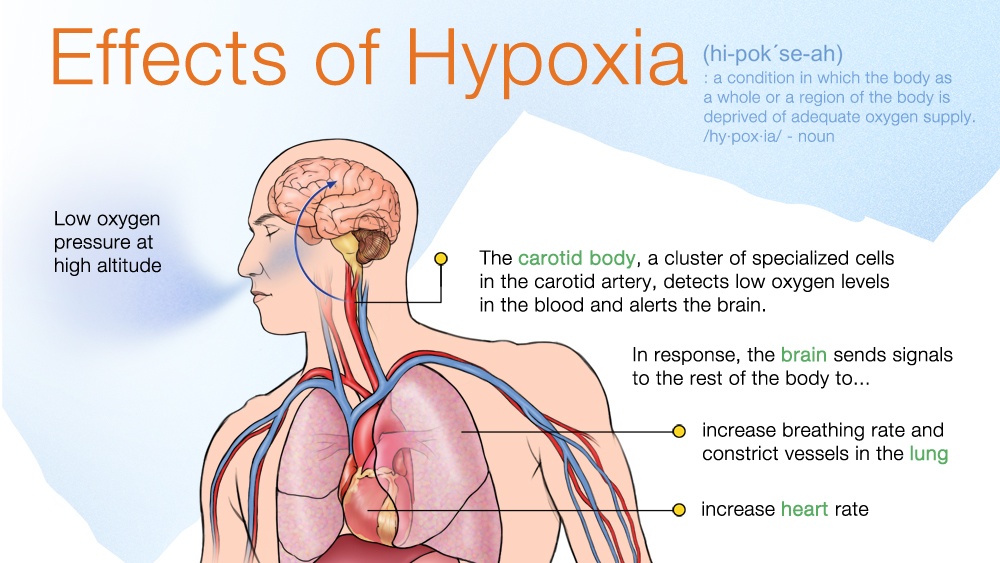 What are the different types of hypoxia?

Hypoxia can be classified according to different parameters including their origin. We distinguish in particular:

What are the causes of hypoxia?

Hypoxia can have many explanations such as: Hypoxia is a phenomenon that can occur in many people. Nevertheless, some risk factors have been identified. The risk of hypoxia is notably greater in:

Given the importance of oxygen for the proper functioning of the body, hypoxia can be at the origin of complications such as:

In the most severe cases, hypoxia can lead to anoxia , that is, an absence of oxygen in the tissues. Anoxia is a medical emergency because it exposes the body to serious complications such as:

What are the symptoms of hypoxia?

The symptoms of hypoxia are usually: 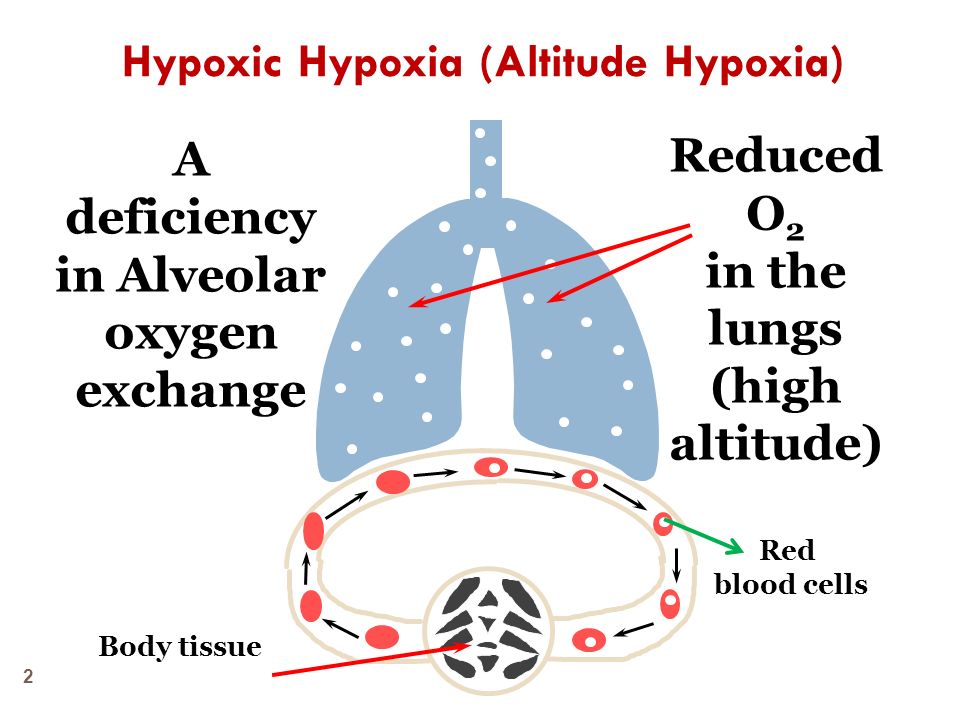 What are the treatments for hypoxia?

The treatment of hypoxia depends on its origin, its evolution and its severity. It is usually based on the administration of oxygen, which can be done in different ways depending on the anomaly identified.

The additional supply of oxygen can be done using: