Infertility is the inability for a couple to conceive a child. We talk about infertility or infertility when a couple who has frequent sex and who does not use contraception fails to procreate for at least a year (or six months when the woman is over 35 years old) ).

For a woman to become pregnant, a chain of events is necessary. His body, and more precisely his ovaries, must first produce a cell, the oocyte , which circulates to the uterus. There, in the presence of a spermatozoon, fertilization may occur. Sperm can survive for 72 hours in the female reproductive tract and the egg must be fertilized within 24 hours after ovulation. Following the fusion of these two cells, an egg is formed and then implanted in the uterus, where it will be able to develop.

Infertility can be very difficult for couples who want to become parents but who cannot. This disability can have significant psychological repercussions .

There are many treatments to combat infertility that can greatly increase the chances for a couple to become parents.

Infertility is very common since it would affect between 10% to 15% of couples. For example, the US Centers for Disease Control and Prevention (CDC ) confirms that nearly 1 in 10 women will have difficulty getting pregnant. 80 to 90% of women become pregnant in 1 year and 95% in 2 years.

In Canada, the Canadian Association of Infertility Awareness (ACSI), nearly 1 in 6 couples would fail to conceive a child in the 1 st year of stopping all contraception.

In France, according to the 2003 national perinatal survey and the 2007-2008 Epidemiological Fertility Observatories, nearly 1 in 5 couples would be affected by infertility after 12 months without contraception. According to the survey, 26% of women became pregnant from the 1 st months without contraception and 32% more than 6 months (18% after 12 months and 8% after 24 months) .

Even if the data are missing, it seems that more and more women are having difficulties getting pregnant and are also putting in more time. Environmental or infectious factors could be responsible for this evolution. Overweight is also pointed out. It must also be known that fertility decreases with age . However, women expecting their 1 st child later and later, which could also explain the infertility problems are becoming more common.

The causes of Infertility

Male infertility is mainly due to too little production (oligospermia) or total absence (azoospermia) of sperm in semen. Azoospermia may be due to lack of testicular production or obstruction of the channels that allow sperm to migrate. The sperm can be malformed (teratospermia) or immobile (asthénospermie). Sperm can no longer reach the egg and penetrate it. The man may also suffer from problems with ejaculation early . He can then ejaculate at the slightest excitement, often even before having penetrated his partner. Dyspareunia (painful intercourse for women) can also prevent penetration. In case of’Retrograde ejaculation , the sperm is sent to the bladder and not to the outside. Some environmental factors, such as exposure to pesticides or the excessive and too frequent heat of saunas and jacuzzis, can decrease fertility by affecting sperm production. More general disorders such as obesity, excessive consumption of alcohol or tobacco also limit male fertility. Finally, some cancer treatments such as chemotherapy and radiation sometimes limit the production of spermatozoa.

The causes of infertility are again multiple. Some women may suffer from abnormalities of ovulation . Ovulation may be non-existent (anovulation) or of mediocre quality. With these abnormalities, no oocyte is produced and fertilization cannot take place. The fallopian tubes , which lie between the ovaries and the uterus and allow the embryo to migrate to the uterine cavity, may be blocked (for example, in case of salpingitis, tubal inflammation or adhesion problem following surgery). The woman may have endometriosis, uterine fibroid, or polycystic ovary syndrome, which is a hormonal imbalance that causes cysts on the ovaries and is manifested by irregular periods. Sterility. Medications, such as cancer treatments, can cause infertility. Thyroid problems and hyperprolactinemia may also be responsible. This elevation of prolactin, a hormone present during breastfeeding, may affect ovulation.

The diagnosis of Infertility

In case of infertility, it is necessary to try to find his cause. The different tests offered can be long. The specialists start by checking the general state of health of the couple; they also talk about their sex life. In about a third of cases, the couple’s infertility remains unexplained.

The Huhner test is a test to be performed a few hours after intercourse. It helps to check the quality of cervical mucus, a substance produced by the uterus that allows sperm to move better and reach the uterus.

In humans , one of the first tests is to analyze the sperm content: the number of spermatozoa, their mobility, appearance, abnormalities, etc. We are talking about spermograms . In the event of abnormalities detected, an ultrasound of the genitals or a karyotype can be requested. Doctors also check if ejaculation is normal. Hormonal tests, such as a testosterone assay, from a blood sample are frequently performed.

In women, the proper functioning of the reproductive organs is verified. The doctor also makes sure that the menstrual cycle is normal. Blood tests to check the amount of hormones present make sure that the woman is ovulating well. A hysterosalpingography allows visualizing well the uterine cavity and the fallopian tubes. This examination makes it possible, thanks to the injection of a contrast product, to detect a possible blockage at the level of the tubes. A laparoscopy, an operation that visualizes the inside of the abdomen and therefore, the ovaries, the fallopian tubes and the uterus, can be prescribed in case of suspicion of infertility. It can help to detect endometriosis. A pelvic ultrasound can also detect abnormalities of the uterus, tubes or ovaries. Genetic testing may be necessary to detect a genetic origin for infertility.

In some cases, the symptoms of infertility are: 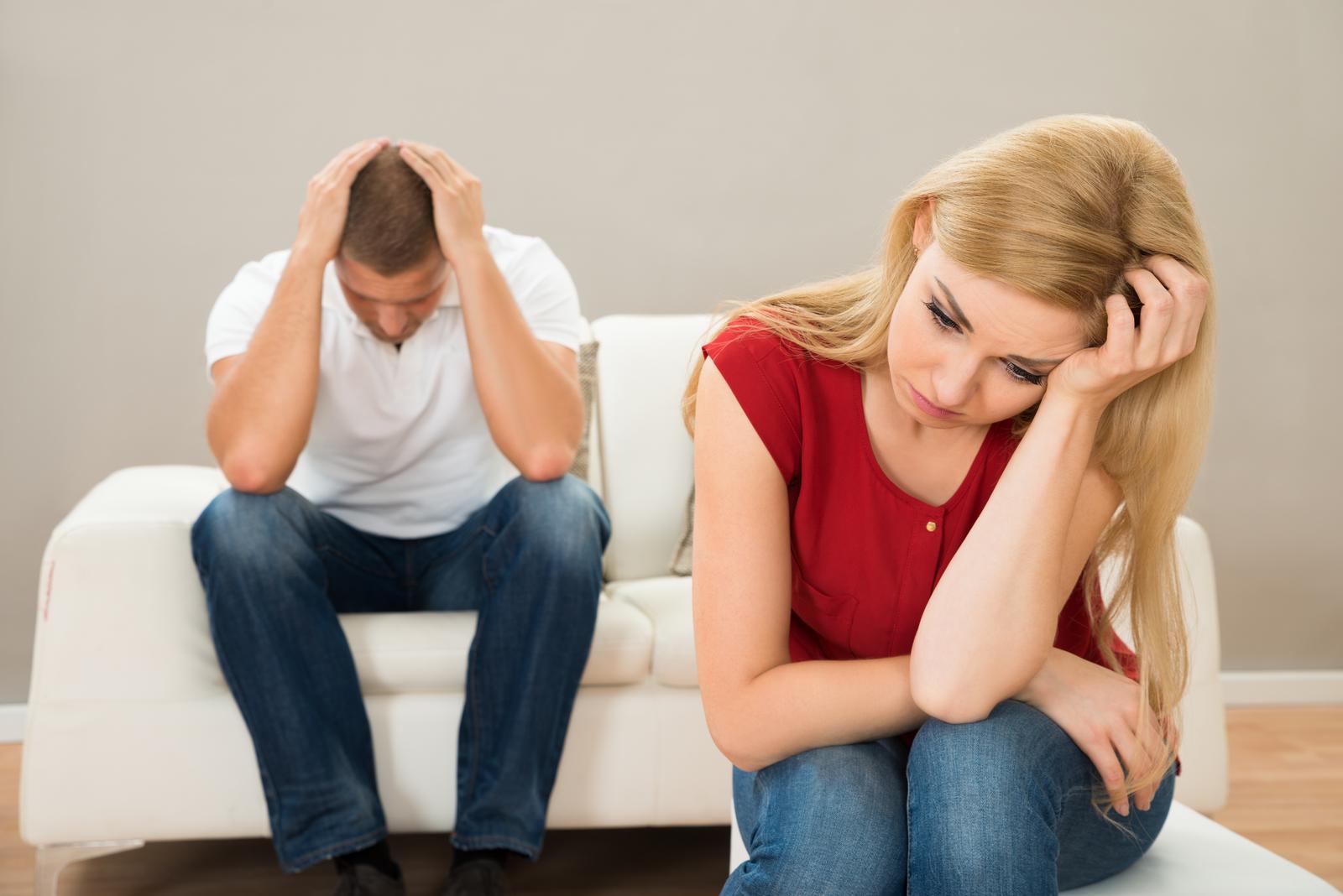 It is difficult to prevent infertility. However, adopting a healthy lifestyle (avoiding excessive consumption of alcohol or coffee, not smoking, not being overweight, practicing a reasonable physical activity regularly, etc.) can contribute to improve the fertility of the man and the woman and therefore the couple.

The optimal frequency of intercourse to conceive a child would be between 2 and 3 times a week. Excessive sexual intercourse may deteriorate sperm quality.

In humans , medication or behavioral therapy can cure some ejaculation disorders and allow a couple to conceive a child. If there is an insufficient number of sperm in the sperm, hormones may be prescribed to correct this problem or surgery may sometimes be proposed (to correct a varicocele, dilation of the spermatic cord veins, located in the testicles, by example).

In women , hormonal treatments in case of menstrual disorders can be effective. Treatments like clomiphene citrate (Clomid, orally) are prescribed to stimulate ovulation . This drug is effective in cases of hormonal imbalance since it acts on the pituitary , a gland that secretes hormones that trigger ovulation. Several other hormones can be prescribed by injection to stimulate ovulation (see our FIV sheet). In case of hyperprolactinemia, bromocriptine may also be prescribed.

Medically assisted procreation techniques are therefore sometimes necessary in case of infertility. The  IVF  is the technique  AHR most frequently used. The sperm of the man are put in the presence of the ovum of the woman, in laboratory, then the embryo is reimplanted in the womb of the future mother (FIV).