Intestinal worms are numerous and have various forms. The most common in France, pinworm is a small white worm (between 5 and 10 millimeters) that lives in the digestive tract. Its scientific name is Enterobius vermicularis. But there are many others:

The worm is due to the taenia of pork (Taenia solium) or beef (Taenia saginata). In France, an estimated 0.5% of the population is contaminated with Taenia saginata. The people concerned consumed undercooked beef.

The hydatid disease liver (or hydatid echinococcosis or hydatid cyst) is especially present in France, in the south-east and Corsica. It is transmitted by a dog parasite or canines called Echinococcus granulosus. The parasite, once in the intestine, crosses its wall to settle in the liver where it causes the formation of cysts. It can also settle in the lungs. 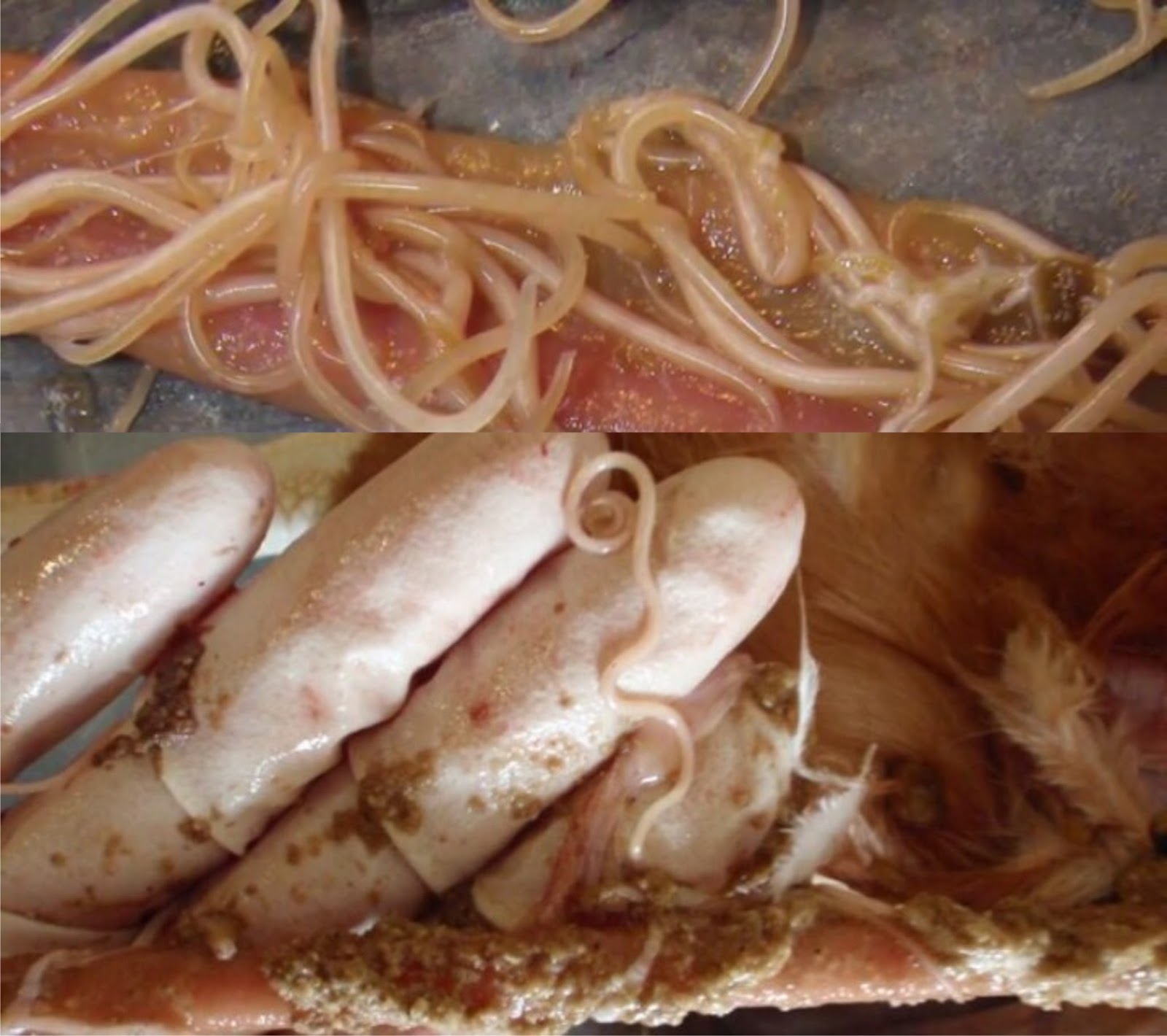 The fluke of the liver, transmitted by cattle or ovine staining plants ingested by humans hatches the parasites in the intestine to then move to the liver where they settle.

The roundworm, related parasite called Ascaris round, rare in France and in temperate countries, is very common in tropical areas. It can cause coughing, vomiting, and diarrhea. The worm involved may be more than 10 centimeters. Adult, he lives in the intestine. Eggs may be in dirty water or poorly washed foods.

All these parasites need a host organism to live. When they settle in the digestive tract, it is called intestinal parasitosis.

Diseases caused by intestinal worms can be very varied. Intestinal worms enter the body simply through the mouth. Eggs may be present on food. They can also be ingested by touching a soiled object and then putting their hands in their mouths. Some of these worms live in the intestine (such as solitary worms or tænia) while others pass through the intestine but settle in other parts of the body.

The continuation of this sheet dealing with intestinal worms will be devoted to pinworms, intestinal worms living in the digestive tract. For information on the lone worm due to Taenia, refer to the lone record.

Pinworms are particularly important for children. They transmit eggs to each other. An infected child who scratched his / her anus and then did not (or did not) wash his / her hands may touch another child. The latter, putting his fingers to his mouth, may become contaminated. Contamination can also go through contaminated food.

To get rid of pinworms, medication should be taken. It should be accompanied by a washing sheet, pajamas, and underwear, these items may contain eggs. It is essential to treat the whole family of a contaminated person and to renew the medication two to three weeks after the first dose, in order to be sure of eliminating all the worms (eggs swallowed, which hatch in the gut, can survive for several days in the open air).

The prevention of pinworms is simple and effective. It requires proper hygiene, including regular hand washing.

It is considered that between one in three and one in four people carry pinworms. This means that everyone is at risk. In children, it can be observed according to the studies, up to 90% of affected children. 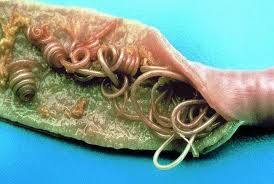 Pinworms do not usually cause serious complications. Exceptionally, they can lead to infection of the female genitalia or even inflammation of the vagina or uterus.

Oxalosis appears after eggs are swallowed. They go into the intestine and grow there. By scratching the anus, because of the itching, the person, often a child can put eggs under the nails and then re-contaminate by putting his fingers in his mouth. It can also contaminate other people.

What are the symptoms of intestinal worms?

Oxalosis often does not cause any symptoms. If there are any, they are light:

What are the people at risk and the risk factors for intestinal worms?

It is considered that between one in three and one in four people carry pinworms. This means that everyone is at risk.

Those most at risk are children who go to school or live in the community. For lack of hygiene (hands badly or not washed, long and dirty nails), they are easily transmitted eggs to each other. But Oxyurosis is also very present in communities such as retirement homes, barracks or psychiatric hospitals. And of course within families.

How to prevent and treat intestinal worms?

Prevention is simple: wash your hands regularly and correctly, before preparing to eat, after going to the bathroom, at the table. It can also be helpful to cut the nails of short children and change their underwear every day. Also, think of changing the sheets regularly and to open the shutters of the rooms since the pinworms are sensitive to light.

It is quite possible to take an anti-pinworm treatment once a year, even in the absence of signs, given the frequency of infection.

In the case of pinworms, it is important to treat the entire family and not just the child concerned. The latter must at most avoid scratching. Treatments, often oral suspensions, are on sale in pharmacy. These are antihelminthics (Fluvermal (flubendazole) for example) that may be recommended by a pharmacist. The treatment used should be renewed between 10 days and three weeks after the first dose.