Kahler’s disease is the common name for multiple myeloma. Myeloma is, by definition, a bone marrow disorder. In this case, the condition is characterized by an uncontrolled proliferation of plasma cells.
Plasma cells are differentiated B cells capable of producing antibodies. In other words, it is an abnormality in the development of white blood cells (circulating blood cells). Once these B cells have been fully processed, they are then able to multiply and thus transform into plasma cells, which produce antibodies. These antibodies are molecules that have a fundamental role in the immune system of humans. They protect the organism by recognizing specific antigens from contamination by a virus, bacteria, fungi, etc.

In the case of Kahler’s disease, each proliferating plasmocyte originates from a single plasmocyte that has matured abnormally. In this sense, the differentiated plasmocytes are all similar and thus produce a single type of specific antibody. This is the manufacture of protein M or paraprotein.
Another product can also be created during the incomplete production of protein M. In this case, this protein will be found in the form of small fragments in the body and in the urine. This will be Bence-Jones protein.
A last case may arise: when the plasma cells produce neither the M protein nor the Bence-Jones protein. This time, we will talk about non-secreting multiple myeloma.
This cancer affects more people between 65 and 70 years. Nevertheless, nearly 40% of people with this type of myeloma are under 65 years old.

This disease was discovered by the doctor Otto Kahler, who gave his name to this form of myeloma.

Kahler’s disease is a condition in the bone marrow: place of manufacture of blood cells, among others, white blood cells. It is characterized by an uncontrolled proliferation of B lymphocytes. This abnormal differentiation of this type of cells results in the subject suffering from such pathology, a weakening of its immune system. In this sense, the patient is more exposed to the risk of developing infections of microbial, viral, parasitic, and so on.

Other symptoms are associated with multiple myeloma. This is the case of anemia (decrease of hemoglobin in the blood), pain in the bones or spontaneous bone fractures. 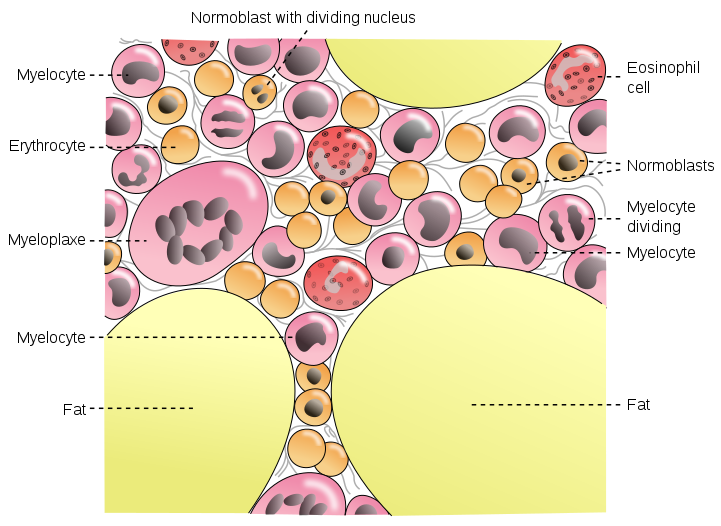 The origins and causes of this disease (like many myelomas) are still unknown. The symptoms are the result of abnormal cell multiplication in the bone marrow.

Nevertheless, scientists are suspicious about the relationship between certain environmental factors and the development of Kahler’s disease. Exposure to ionizing radiation (radiation) could be one of the origins of this pathology.

The risk factors for developing this type of disease are essentially genetic. Indeed, conditions at the chromosome level (mainly at chromosome 13) are thought to be the cause of multiple myeloma.

However, exposure to certain environmental factors may also be the source of disease development. In particular, significant exposure to ionizing radiation (radiation).

Prevention and treatment of Kahler’s disease

The treatment of Kahler’s disease depends on many factors such as: stage of the disease, symptoms, individual characteristics (age, general health, etc.) and others.

Uncontrolled cell multiplication is synonymous with cancer. In this sense, the treatment of multiple myeloma results essentially in chemotherapy.

However, other treatments may be associated, such as:
– immunomodulators: chemical substances acting on the immune system;
– anti-anemic drugs;
– treatments that reduce the pain and the risk of infection: antibiotics, analgesics, etc.

A last alternative exists: transplantation of hematopoietic stem cells. The latter is the “mother” cell of all the blood cells made within the bone marrow.