The kidney stones , commonly called ”  kidney stones  ” are hard crystals that form in the kidneys and can cause severe pain. Doctors use the term urolithiasis to describe these crystals, which can also be found in the rest of the urinary system: in the bladder, urethra or ureters (see diagram).

In nearly 90% of cases, urinary stones form inside a kidney. Their size is very variable, ranging from a few millimeters to several centimeters in diameter. Most of them (80%) spontaneously eliminate themselves through the various ducts of the urinary system and cause few symptoms. However, the ureters, located between the kidneys and the bladder, are very small ducts. A calculus formed in the kidney, which is in transit to the bladder, can easily obstruct a ureter and thus cause severe pain . This is called renal colic . 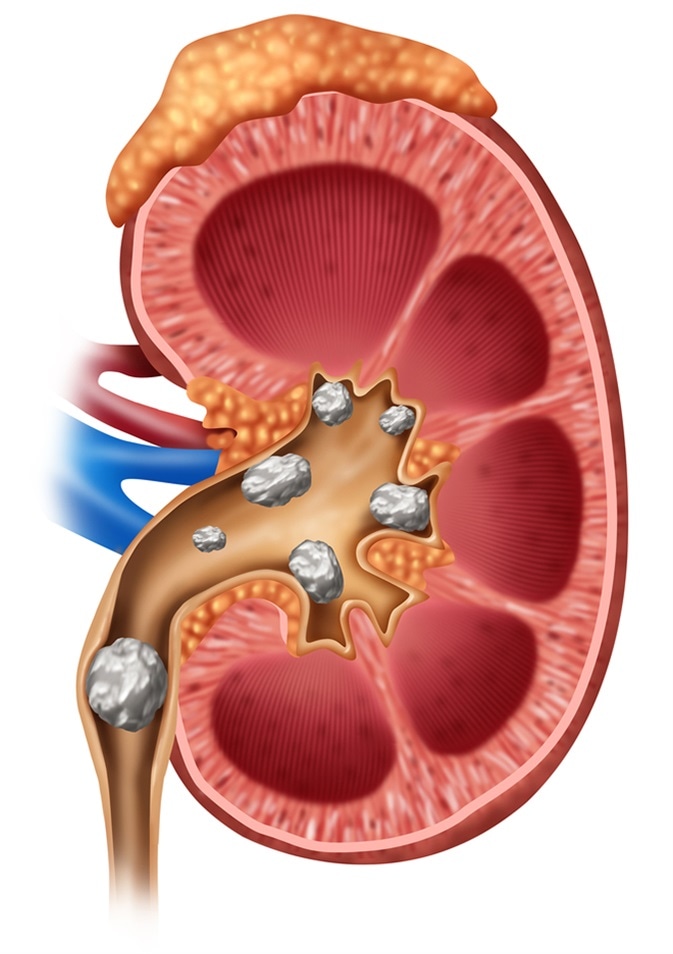 Kidney stones are very common, and their prevalence seems to have increased over the past 30 years. From 5% to 10% of individuals will experience a renal colic crisis during their lifetime. Kidney stones occur more frequently in midlife . They are 2 times more common in men than in women. Some children may also be affected.

More than half of the people who have already had a calculation will have it again in the 10 years following the first crisis. The prevention is very important.

Kidney stones can be a consequence of many factors. Most often, they are due to a lack of dilution of the urine that is to say to a too low consumption of water . An unbalanced diet, too rich in sugar or protein, can also be involved. In many cases, however, there is no specific cause that can explain the formation of stones.

More rarely, an infection, some drugs, a genetic disease (such as cystic fibrosis or hyperoxaluria) or metabolism (such as diabetes) can lead to the formation of urinary stones. Similarly, malformations of the urinary tract can be involved, especially in children.

The chemical composition of the calculation depends on the cause, but the majority of kidney stones contain calcium . Urine tests and an analysis of the recovered stones make it possible to know their composition.

Calculations based on calcium . They account for about 80% of all kidney stones. They include calcium oxalate (the most common), calcium phosphate, or a mixture of both. They are caused by dehydration, excessive intake of vitamin D, certain diseases and medications, hereditary factors or a diet too rich in oxalate (see Nutrition in the Prevention section).

Struvite (or ammoniaco-magnesium phosphate) calculations . They are related to chronic or repetitive bacterial infections and represent about 10% of cases . Unlike other types of calculations, they are more common in women than in men. Often, they are formed in people who have a bladder catheter.

Uric acid calculations. They represent 5 to 10% of the kidney stones. They are formed due to an unusually high concentration of uric acid in the urine. People with gout or receiving chemotherapy are more likely to suffer from it. They can also be caused by an infection.

Cystine calculations. This form is the rarest. In all cases, their formation is attributable to cystinuria , a genetic abnormality that causes the excretion of an excessive amount of cystine (an amino acid) by the kidneys. This type of calculation can occur from childhood. 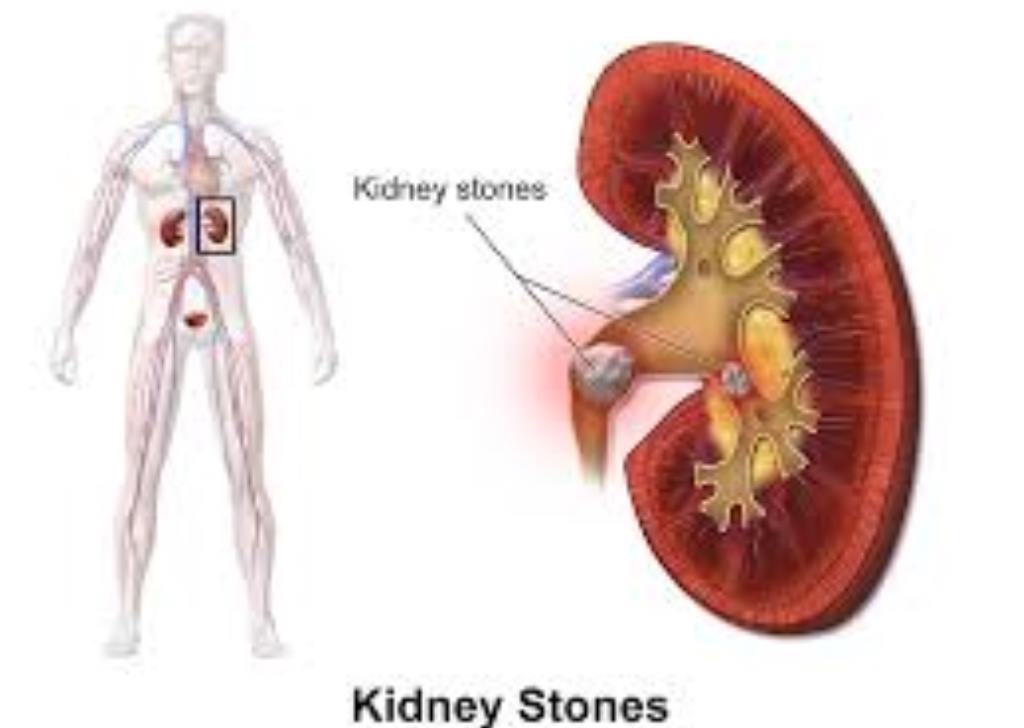 The complications are rather rare if the calculations are well cared for. However, it can happen that in addition to an obstruction of a ureter by a calculation, an infection settles. This can lead to a blood infection ( sepsis ) that will require emergency intervention . Another situation that can become serious is when a person with only one kidney has renal colic.

These factors mainly concern people at risk , especially those who have already suffered from kidney stones. The basic salary is based on the results of the various medical tests that the doctor proposes:

Proper hydration is the basic prevention of stones, but only when the pain is less important. Indeed, when the pain is very intense, during the renal colic crisis, do not drink. Because the calculus can be blocked in a ureter, preventing the urine from passing. So, drinking would increase the pressure in the ureter, and therefore the pain.

The majority of calculations (especially if their diameter is less than 7 mm or 80% of calculations) are eliminated on their own within 6 weeks of training , especially if the person consumes a lot of water. During this period, doctors usually recommend drinking about 3 liters of water or other types of drinks a day.

The renal colic is extremely painful. Pain relief may be necessary if they persist for several hours. Nonsteroidal anti-inflammatory drugs, or opioids, can be given intravenously to the hospital when the crisis is very violent.

If the condition is less painful, the person can stay at home under medical supervision. It can relieve pain by taking a paracetamol or acetaminophen (Tylenol, Doliprane) pain reliever until the calculus is removed. The heat also helps to relieve pain (hot baths, hot and wet compresses).

In the case of struvite stones , it is important to treat the urinary tract infection. It is also necessary to discover and eliminate as much as possible the factors that predispose to infections.

In the event of an infectious sign or pain that has not subsided by analgesics, an internal probe called double probe J or probe JJ must be urgently assembled. It is a small pipe that the doctor enters through the urethra, passes into the bladder and then places it between the bladder and the kidney in each of the ureters. This JJ probe allows the urine to pass around the calculus, or it raises the calculation in the kidney by pushing it, where it can subsequently be fragmented.

In case of infection, there is urgency: it is necessary to drain urine urgently, so as not to leave these urine infected in the kidney because it would damage or could cause septic shock (sepsis).
If there is no infection, or after the installation of a JJ probe if the calculation is not evacuated, it must be fragmented, that is to say reduced into small pieces or extracted surgically using one of the following techniques:

Ureteroscopy  : This is the most frequent intervention thanks to the new technologies, the flexible ureteroscope, the laser and the surgical equipment (pliers or small baskets) allowing to recover the fragments of the calculation or to take it out at once. Ureteroscopy is performed under general anesthesia.

It consists in introducing a pipe equipped with a mini camera (called ureteroscope) by the urethra towards the bladder, until the ureter. The stones are then fragmented or removed intact. The ureter is sometimes damaged either by technique or by calculation if it is irregular and pointed. In this case, the JJ probe can be left in place after the procedure to allow the ureter to heal. The use of analgesics or antispasmodics helps to relieve pain.

Various lifestyle habits as well as other treatments can be implemented to prevent the formation of stones in the future. See the Prevention section. 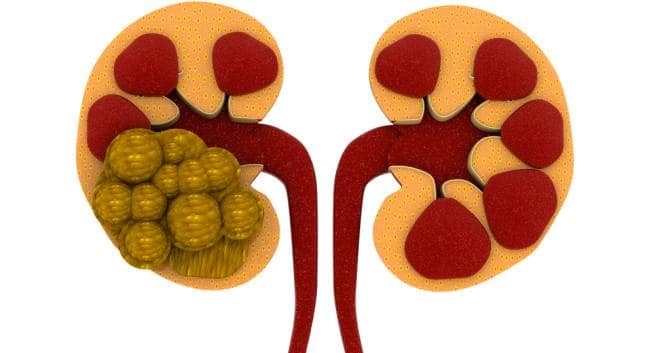 It is an external technique that does not require opening the body or entering the body, shock waves diffusing through the skin. During this intervention, ultrasound is directed directly to the calculation. They break it up, and the small pieces can be removed by the urinary system. This intervention can be performed in an outpatient setting, without hospitalization. The risks of the shock wave method is to provoke a hematoma, the shocks being relatively violent, not to succeed in fragmenting it completely, and to require rather long sessions.

The choice of the method depends on the calculations, their location, the type of calculation, its size …

Percutaneous nephrolithotomy . This technique has been a revolution, but it is less and less practiced in favor of flexible uteroscopy. It is used if the calculation is very large or if it is positioned in such a way that it cannot be broken by extracorporeal lithotripsy. The doctor makes an incision in the back and installs in the kidney an observation tube and an instrument called a nephroscope which allows extracting the calculation. If the calculation is too big, it can be split using a laser or electrical energy. Generally, the person who undergoes this procedure stays in the hospital for several days.