The sexual dysfunctions and disorders of desire can affect everyone, both men and women and at any age. The supposedly fulfilling sexuality can then weigh heavily on the shoulders of a couple.

Whatever the problem, it is often difficult to discern what is related to a physical attack of what is psychological . Ideas, thoughts and feelings are as important as physical manifestations. 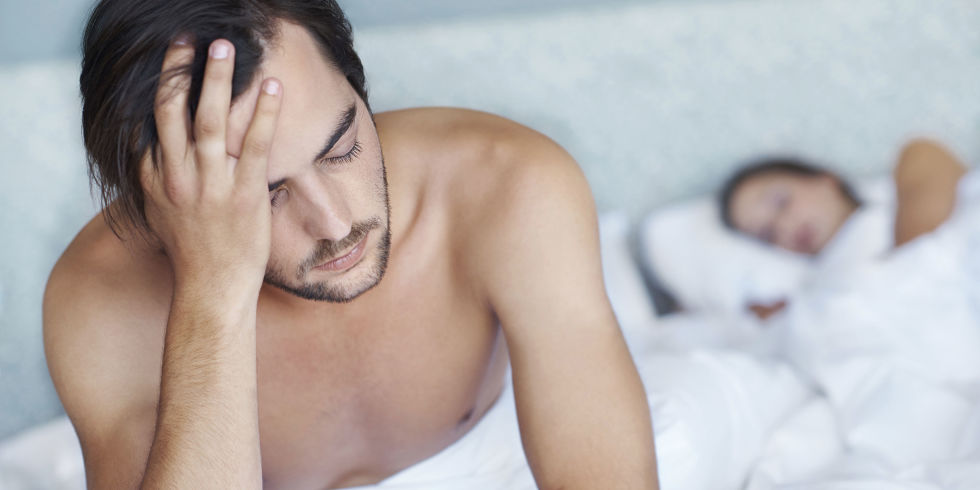 Erectile dysfunction. It can diagnose erectile dysfunction when moved a repeated inability to have an erection or maintainenough during coitus. It should not be confused with isolated or occasional erection failure which, although often experienced embarrassingly is commonplace and can occur in any man in good physical and mental health. The vast majority of men experience one or another of these periods without their life or that of their partner being disturbed. Erectile dysfunction affects about 20% of men aged 50 to 59, a proportion increasing with age and the onset of diseases with advancing age. Nevertheless, a healthy man can remain sexually active all his life.

Drop in desire. The breakdown of sexual desire affects men as well as women. A multiplicity of factors can affect desire. Hormones, medications, health status, depression, anxiety, relationship, culture, values, economic status and social context are some of them. In fact, a true desire disorder is diagnosed when the loss of libido occurs for no apparent reason and persists over time. Factors involved in erectile dysfunction can also alter the taste for sexual activity.

Premature ejaculation. We can diagnose this sexual disorder when, in a systematic and uncontrolled way, the man ejaculates very quickly, before he wants it, and this in a systematic way, sometimes even before having penetrated his or her partner. The phenomenon may also be present or not during masturbation. Again, this situation may occur occasionally in a normal and healthy man; it happens to most men, one day or another, to ejaculate quickly, well before the time they would have liked. In a man suffering from premature ejaculation, the phenomenon is not occasional, it is a constant . This sexual disorder would affect about a third of men, 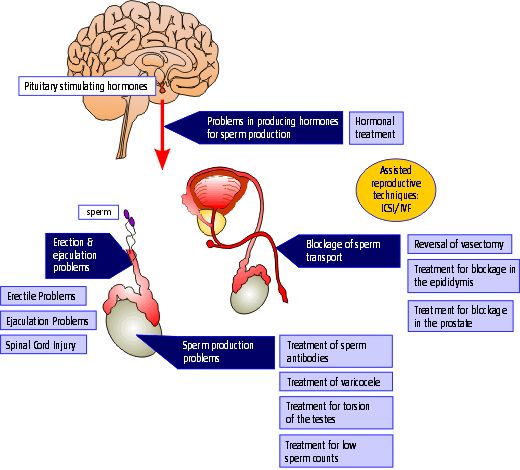 Delayed ejaculation or anejaculation. The man who suffers from it has difficulty in ejaculating, only achieves it if the coitus is very long or even, he can never ejaculate (anejaculation). The frequency of this disorder is increasing. It may be due to health problems (diabetes, neurological disease …), or to the taking of certain drugs, especially antidepressants. In other cases, it is linked to a psychic restraint, a lack of letting go or overconsumption of X images causing excitement to rise in a particular way not found in a relationship.

Among the main ones:

Drugs or treatments. Some treatments (for example, benign prostatic hypertrophy ) or medications(such as antidepressants, antihistamines, and high blood pressure medications) affect the ability to have an erection or sexual desire.

Smoking, alcohol or drug abuse. They can contribute to erectile dysfunction or ejaculation difficulties.

Latent or unrecognized homosexuality can have consequences on the progress of sexual relations.

In case of premature ejaculation . Its origin often involves a set of factors, the essential factor of which is the lack of learning of the skills necessary to delay ejaculation. Other factors are undoubtedly involved, genetics, hypersensitivity of the penis glans, anxiety related to sexual performance or relationship difficulties with the partner. 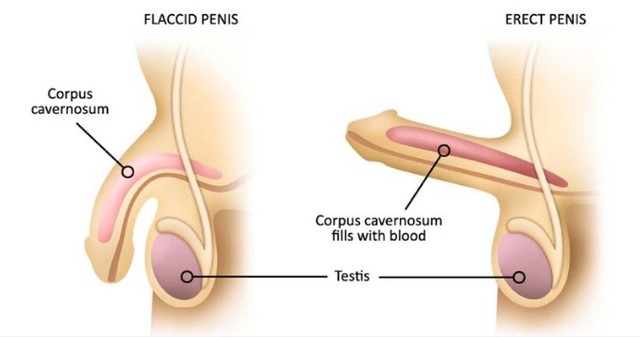 All men are likely to experience a decrease in their sexual satisfaction over the course of their lives because of one or more of the difficulties described in this fact sheet. The men most at risk are:

Most men treated for erectile dysfunction manage to regain satisfactory sexuality. To do this, the cause of the dysfunction as well as the risk factors must be identified by a doctor.

In case of underlying disease, it will be treated, and the man will receive a parallel treatment to improve its erectile function.

If the dysfunction is not related to a specific health problem, treatment may include lifestyleimprovements (see Prevention), cognitive-behavioral therapy , or sex therapist consultation (see below). and, often, treatment with drugs.

This approach to individual psychotherapy helps to explore and understand the problem by analyzing cognitions, that is, the person’s thoughts, expectations, and beliefs about sexuality. These thoughts have many influences: lived experiences, family history, social conventions, etc. For example, a man may fear that sexuality stops with age, and believe that an experience where he does not achieve erection is a sign of permanent decline. He may think that his wife is moving away from him for this very reason. Consult a psychologist or sexologist familiar with this approach (see Sex Therapy below).

Sildenafil (Viagra) and other IPDE-5. Since the late 1990s, the first-line treatments for erectile dysfunction oral is contradicted oral administration are the inhibitors of phosphodiesterase type 5 (IPDE-5) – sildenafil (Viagra), vardenafil (Levitra) and tadalafil (Cialis) or avanafil (Spedra). This class of medications available only on prescription has the effect of relaxing the muscles of the arteries of the penis. This increases the flow of blood, and allows erection when there is sexual stimulation. Thus, IPDE-5 are not aphrodisiacs and sexual stimulationis needed for the medicine to work. There are various dosages and duration of action. For example, if the duration of action is 4 hours, we have a window of action of 4 hours during which we can have one or more sexual relations (the erection does not last 4 hours). These drugs are effective in 70% of cases but are less effective in case of chronic disease such as diabetes.
The cons-indications apply with the potential for drug interactions. Check with your doctor.

Intraurethral treatment. In cases where IPDE-5 is ineffective or where its use is contraindicated, the physician may prescribe vasoactive substances (eg, alprostadil) that man learns to self-administer into the urethra. at the end of the penis 5 to 30 minutes before sexual activity. These drugs are administered in the form of mini-suppositories to be introduced into the urinary meatus (Muse device) or cream (Vitaros). This is a simple and interesting alternative for the 30% of men in whom tablet drugs are ineffective.

Penile injections (intracavernous injections) .This prescription-only treatment since the early 1980s involves injecting a drug (alprostadil) on one side of the penis. This medication works by relaxing the muscles of the arteries of the penis, which increases the inflow of blood in 5 to 20 minutes. With this treatment, the rigidity of the penis is reached even in the absence of sexual stimulation and lasts about 1 hour. This treatment is increasingly used in men for whom tablet, cream or mini-suppository treatments are not effective. This treatment is effective in 85% of men, and it is most of the time in men who do not respond to medication with tablets (Viagra or Sildenafil, Cialis, Levitra, Spedra), cream (Vitaros), or in mini-suppositories (Muse)

Testosterone. If erectile dysfunction is caused by hypogonadism (resulting in an abnormal decrease in testosterone) , so that the production of sex hormones by the testes is low, hormonal treatment with testosterone may be considered. However, it is only effective in a third of cases to find functional erections.

Penile devices. Where previous treatments do not work or are unsuitable, mechanical devices may be used. The penis rings that tighten the base of the penis to maintain an erection can be effective without the inconvenience of the substances contained in the drugs. When the penis ring is not enough, the vacuum pump , also called vacuum, creates a vacuum in a cylinder placed around the penis, resulting in an erection maintained by a compression elastic penis ring slipped to the base of the penis .

Penile implants. There are also various types of penile implants that require surgery to permanently implant flexible inflatable rods in the penis. It is an extremely effective solution when other possibilities do not work.

Faced with a decline in sexual desire, the first thing to do is a medical check-up, to screen the risk factors for desire disorders, list the medications taken, surgical procedures, chronic diseases present. Depending on this assessment, a treatment or several treatments can be put in place. Beside the difficulties of desire related to medical problems, psychic problems may be present. The proposed treatment then consists of a personal therapy or couple work.

The classic therapy consists of a consultation program with a psychiatrist, a psychologist or a sexologist during which we work to identify blockages, their fears, dysfunctional thoughts in order to adopt attitudes and behaviors to overcome them. See Cognitive Behavior Therapy and Sex Therapy.

In case of premature ejaculation, the services of a doctor who may prescribe a drug to delay ejaculation are generally required. This is dapoxetine (Priligy). This is valid when ejaculation is really fast (less than 1 minute after penetration). At the same time, it is helpful to consult a sex therapist or psychologist who uses counseling and behavioral therapy techniques. The subject and his / her partner will be practiced with various methods of relaxation and self-control, for example by breathing exercises aimed at decreasing the speed of the rise of sexual arousal and relaxation exercises.

The doctor can teach the technique of squeeze ( squeeze of the glans or the base of the penis), the stop and go or the perineal reeducation with the Kegel exercises , a technique that allows the subject to spot the “point of no return” and to control the triggering of the ejaculatory reflex.

The use of a condom or anesthetic cream has the effect of reducing the sensitivity of the penis, which can help delay ejaculation. In the case of use of anesthetic cream, the wearing of a condom is recommended in order not to numb the vagina and facilitate the absorption of the cream.

When a doctor agrees with his patient that psychological factors are involved in any type of sexual dysfunction, he usually advises to consult a sexologist. Most sexologists work in private practice. These can be individual or couples sessions. These sessions can help to calm the frustration and tensions or marital conflicts caused by the difficulties experienced in the sexual life. They will also help to increase self-esteem, often abused in such cases. There are 5 main approaches to sex therapy: