The meningitis is an inflammation of s brain: the envelopes of the spinal cord and brain in which circulates the cerebrospinal fluid.

In very rare cases, the disease may be due to certain types of cancer, an inflammatory disease such as lupus , an infection from a fungus or an allergic reaction to a drug , for example Motrin, Advil or the antibiotic ciprofloxacin (Cipro).

This form of meningitis resembles, in the beginning, a flu and rarely causes complications. Generally, symptoms of colds appear and then signs of meningitis. These signs disappear on their own after 2 weeks. But as at the beginning, it is not known if the meningitis is benign (due to a virus) or maybe serious (due to a bacterium); we hospitalize the child a time.

Viral meningitis most commonly affects children and young adults. As with most viral diseases, this meningitis cannot be treated with antibiotics. This leaflet focuses on bacterial meningitis.

The bacterial meningitis is more severe. It can progress extremely rapidly, lead to serious complications (deafness, brain damage, epilepsy, mental disability, attention deficit or learning disorders) and sometimes lead to death (5% of cases) if it is not detected and treated in time. It’s an emergency. It affects mostly children, adolescents and young adults.

There are several types of bacterial meningitis, depending on the bacterium involved:

Bacterial meningitis can be transmitted through close and prolonged contact with an infected person. Most people exposed to the bacteria do not become infected . Moreover, in most of those who contract it, meningitis does not develop.

The bacteria are carried by saliva and secretions from the nose and throat. It can be contracted by breathing saliva particles in the air when the person has coughed, sneezed or bled, the bacterium is also transmitted by the saliva present during kisses on the mouth, sharing utensils, glasses, bottles of water, cigarettes, lipstick, etc.

The bacterial meningitis is a relatively rare disease with an overall incidence maintained at or below 2 per year per 100 000 population in Canada.

However, with regard to meningococcal meningitis , which is responsible for epidemics , the number of new cases increases and decreases according to irregular cycles, without being able to identify trends. In Canada, periods of increased meningococcal activity occur approximately every 10 to 15 years. The winter and spring are the periods conducive to epidemics in the temperate regions of the world, while in the tropics, the dry season is the most affected.

Due to routine immunization in infants and young children, the median age of Americans with bacterial meningitis increased from 15 months in 1985 to 25 years in 1995.

The infections meningitis is a medical emergency, they  require early diagnosis, hospitalization and immediate treatment with antibiotics. The longer the treatment, the greater the risk of neurological sequelae or death . Hearing loss, vision problems (which can lead to blindness), speech difficulties, learning disabilities, epilepsy are some of the possible consequences. Infection can even cause paralysisor gangrene of hands or feet that may require amputations. Studies indicate that 15% to 20% of infants and young children who survive bacterial meningitis have permanent neurological sequelae .

When a bacterial infection affects the central nervous system, it can cause death in a few days and sometimes even in a few hours. Meningococcal disease is fatal in 5 to 15% of cases.

The symptoms of meningitis are related to the abnormal inflammation of the brain envelopes, the so-called meninges membranes and cerebrospinal fluid contained between two of the three meninges.

Symptoms of meningitis in newborns and babies

Cases may be difficult to detect because babies do not always have the classic symptoms of bacterial meningitis:

Symptoms of meningitis in children aged 2 years and older, adolescents and adults

Meningitis usually manifests itself in three typical signs, to which may be added other less constant signs depending on the cause of meningitis. Here are the 3 signs of meningitis: 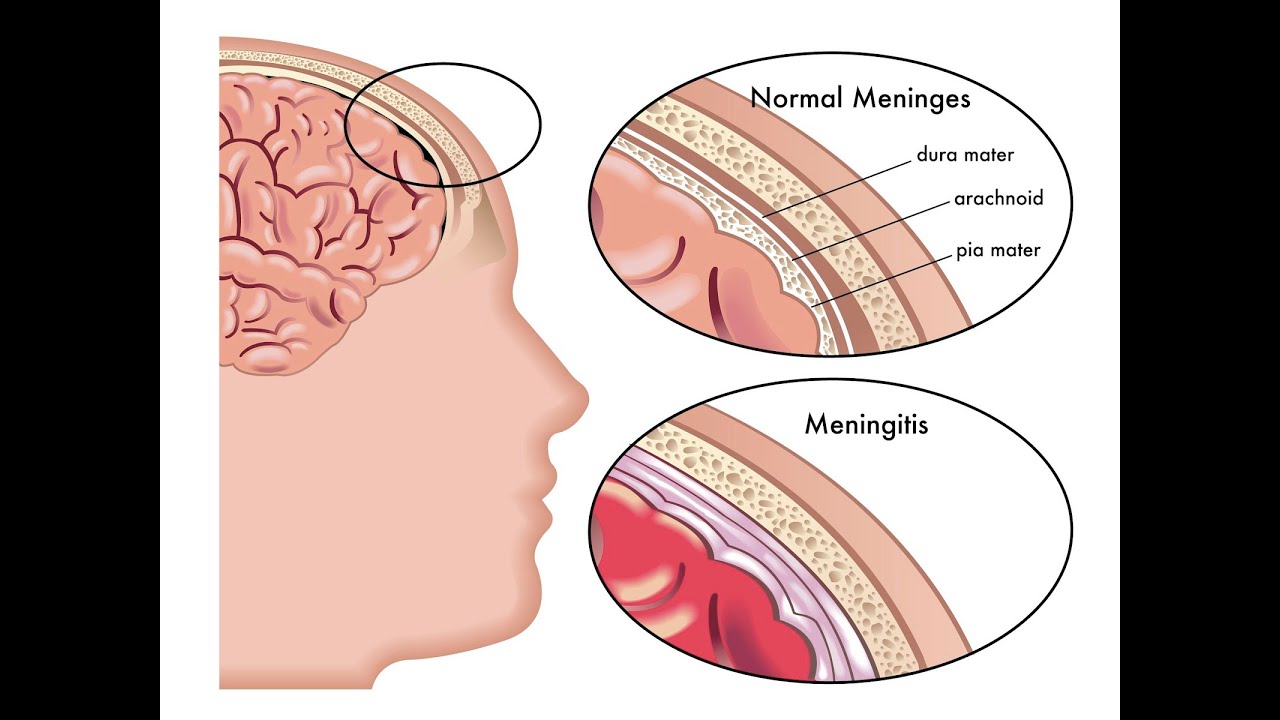 Other signs may point to an infectious cause of meningitis:

Signs of severity may occur and if so, call the UAS:

A purpura who must call the emergency EMS if it is associated with signs of meningitis disorders of consciousness (abnormal drowsiness), to coma,

People at risk for Meningitis

Meningitis can occur at any age . However, the risk is higher in the following populations:

Bacteria are transmitted by saliva particles in the air or by direct contact with saliva exchange by kissing, an exchange of utensils, glass, food, cigarette, lipstick, etc. ;

Meningitis is present in several countries, but the largest and most frequent epidemics are taking shape in the semi-desert regions of sub-Saharan Africa , known as the “African meningitis belt”. During epidemics, the incidence reaches 1,000 cases of meningitis per 100,000 population. Overall, Health Canada estimates that the risk of contracting meningitis is low for most travelers. Of course, the risks are higher for long-term travelers or for those who have close contact with the local population in their living environment, public transport or workplace;

Smoking increases the risk of meningococcal meningitis1. In addition, according to some studies,  children  exposed to second-hand smoke are at higher risk of meningitis2,8. Researchers at the University of Edinburgh have observed that cigarette smoke facilitates the adhesion of meningitis bacteria to the walls of the throat8; 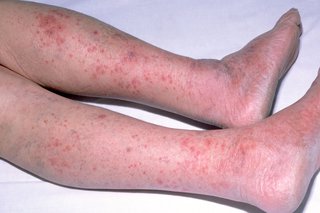 In case of meningitis, even before having the results of the analyzes, the person must be treated as if it were a bacterial meningitis, emergency, by injectable antibiotics and brought to the emergency to realize examinations allowing a diagnostic.
If it is a viral meningitis, the sick person will be able to go home, because there is no mortal risk, or sequelae. It will then be treated only with paracetamol (acetaminophen).
Rest, plenty of fluid and good nutrition, as well as the usual measures to relieve fever.

Attention . In case of fever in children, avoid giving aspirin. Prioritize acetaminophen to lower fever. Aspirin is not recommended.

Antibiotics .
The key is the speed of treatment. If the treatment is taken more than 6 hours after onset of symptoms, there is a mortality rate of 8.4% in adults. One should not wait to know the bacterium involved to give antibiotic treatment.
The antibiotic given immediately in extreme urgency is intravenous Ceftriaxone. If this is not possible, it is injected intramuscularly. In case of unavailability, Cefotaxime is injected or in case of unavailability of Amoxicillin. Only then will the treatment be adapted to the bacteria in question.
Antibiotics for early treatment of meningitis are effective in ending the disease and reducing the mortality rate. According to the US Agency Centers for Disease Control and Prevention, appropriate antibiotic treatment reduced to less than 15% risk of dying from meningitis, although the risk is higher in older people.

The person will sometimes be treated with corticosteroids to help prevent hearing loss due to neurologic damage from the inflammatory reaction, one of the most common complications.

Cerebral edema is treated by avoiding overhydration and raising the headboard to 30 degrees. Sometimes, in cases of significant intracranial hypertension, mannitol or barbiturates are prescribed.

During the acute period of meningitis , it is recommended to rest in a quiet, dimly lit room to relieve headaches.

It is also recommended to take the sick children in his arms and massage them gently to soothe their anxiety.

Convalescence following meningitis can be long, since it is a sometimes very serious disease that draws a lot of energy reserves of the body. Some people will take several months to recover.

Hearing problems , if they are not permanent, can last for a while and cause dizziness.

Post-meningitis depression is also quite common. It is recommended not to rush the return to work and to return gradually, if necessary.