The knee is the largest joint of the body. It is essential to our mobility and stability. During certain movements, such as climbing stairs, the knees support 4 to 5 times the weight of the body. As a result, they can easily be weakened and damaged by repetitive movements in certain trades or sports. The consequence is the occurrence of musculoskeletal disorders that cause pain and limit mobility.

Knees are often abused by athletes and high-level athletes, who repeatedly solicit them and subject them to blows and contacts. A third of sports injuries has also relates knee 8. Trades that often require squatting or kneeling (more than half an hour a day), often getting up from these two positions, climbing stairs frequently or carrying heavy loads also increase the risk of suffer from knee pain .

To understand the following, it may be useful to refer to our notions which illustrates and defines the various elements that make up an articulation.

Musculoskeletal disorders of the knee include many problems.

Types of Musculoskeletal disorders of the knee

This leaflet describes the 3 most common musculoskeletal knee disorders: femoro-patellarsyndrome and ilio-tibial band friction syndrome, often found in athletes, as well as knee bursitis, caused by a kneeling position. Frequent and prolonged or direct trauma.

These 3 types of conditions are linked to overuse of the knee and are gradually manifested. They are rarely an immediate result of accidental trauma or contact shock, which instead causes injuries to ligaments and menisci.

It is estimated that a quarter of the athletes will suffer from this syndrome one day or another. The femoro-patellar syndrome is characterized by irritation of the cartilages of the knee joint, between the femur (the thigh bone) and the patella . Typically, symptoms occur when the joint is overused or stressed too much, such as when suddenly increasing the intensity of an exercise or when there is a misalignment between the patella and the femur.

Causes of Musculoskeletal disorders of the knee

This type of injury appears in the long term as a result of repeated practice of knee flexion and extension. The athletes most at risk are the runners (from 4% to 7% are affected) and cyclists. Irritation and inflammation occur as a result of the repeated friction of two knee structures, in the outer part: the long fibrous band on the outer side of the thigh (the iliotibial band) and a protuberance of the femur (the thigh bone). This condition is sometimes called “wiper syndrome”, because the feel of the strip that rubs the bone under the skin is often compared to that of the windshield wiper that squeaks on the windshield. Repetitive.

Bursitis of the knee

Bursitis is the inflammation or thickening of a bursa, a kind of small pad filled with fluid that reduces friction between bones, tendons and muscles inside the knee. There are 11 bursaries in each knee, but bursitis most often occurs in front of the patella (prerotulian bursitis). 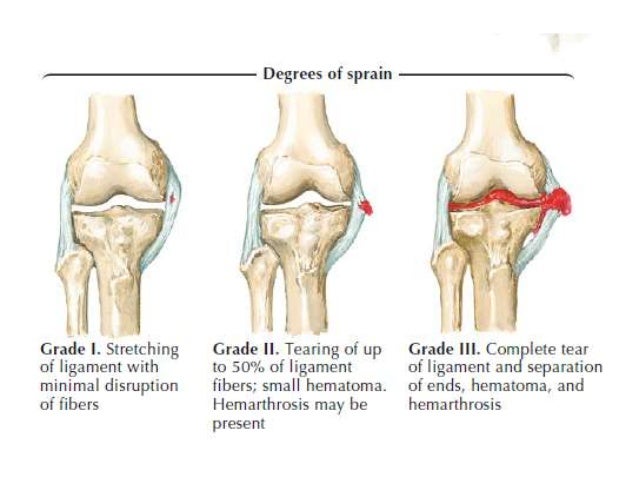 An untreated knee injury can degenerate into chronic pain. A non-painful leg compensation process often occurs, which can lead to other biomechanical problems.

The musculoskeletal disorders of the knee are extremely common among both athletes than among all workers. Prevalence is difficult to estimate, but a synthesis of studies examining the role of work in knee disorders indicated that 19% of the workforce (all occupational sectors combined) complained of knee pain in the 12 previous months.

Symptoms of musculoskeletal disorders of the knee

Friction syndrome of the ilio-tibial band.

Knee pain, felt in the outer (side) part of the knee. It is rarely associated with hip pain. Pain is exacerbated by physical activity (such as running, mountain walking or cycling). The pain is often greater when descending the ribs (walking or running). Usually, its intensity increases with distance and forces to stop the activity.

Bursitis most often results in swelling at the front of the knee between the skin and patella. Bursitis rarely causes pain once the initial shock is over. Sometimes there is knee discomfort in cases of chronic bursitis when the pouch and skin have thickened.

People at risk for Musculoskeletal disorders of the knee

The main risk factors for musculoskeletal disorders are “biomechanical” factors, i.e. the excessive frequency of a gesture, a posture, a friction, a support or a constraint. Etc.

Prevention of musculoskeletal disorders of the knee

Medical treatment of musculoskeletal disorders of the knee

The duration of the acute phase of the injury varies. It is about 7 to 10 days. It begins with a phase of acute inflammation that extends from 48 to 72 hours, during which it is essential to relieve pain and inflammation as quickly as possible. Subsequently, the inflammation is still present, but less pronounced. The injury remains fragile and the tissues are more easily irritable than usual.

Drugs. During this phase, the physician may occasionally suggest analgesic medications , such as acetaminophen (Tylenol, Atasol or others), or nonsteroidal anti-inflammatory drugs , such as ibuprofen (Advil, Motrin, or others) offered over-the-counter, as well as naproxen (Naprosyn, Aleve) or diclofenac (Voltaren), obtained by prescription. Do not take anti-inflammatory drugs more than 2 or 3 days. If the symptoms are serious, the doctor will recommend that you consult a physiotherapist.

The treatment of most musculoskeletal disorders of the knee is based on physical exercise at home. The exercises are mainly aimed at stretching the ilio-tibial band (for the syndrome of the same name) and strengthening the quadriceps by insisting on the trajectory of the patella (for femoro-patellar syndrome). The rehabilitation program includes stretching, strengthening and proprioception exercises. Ask a physiotherapist, sports trainer or doctor.

For these two syndromes, physiotherapy treatments are reserved for more severe cases that do not respond to the home exercise program. Physical therapy can reduce inflammation, prevent ankylosis or recover lost mobility. The physiotherapist will also ensure that the alignment of the lower limbs is adequate and will help to correct as needed. Afterwards, when the inflammation has decreased, the focus will be on muscle building, while continuing to work on the mobility of the joint. For an optimal result, the person must participate actively in his treatment by reproducing at home the exercises taught.

Back to normal activities

The normal activity (the movements that caused the injury) is gradually resumed, when the full range of motion has been recovered and the pain is stopped. Continuing home exercise after the normal resumption of activity can prevent relapse. If knee pain is due to occupational overuse, return to work should be done in consultation with the occupational physician. The adaptation of the workstation or the environment is often beneficial to prevent the recurrence of pain.

Surgery is rarely needed and there is less and less use because of disappointing long-term results.