The non-Hodgkin lymphoma is a type of cancer of the lymphatic system , an important component of the immune system. When this disease occurs, it is because lymphocytes , a type of white blood cells made in the bone marrow, spleen, thymus and ganglions, start to grow in a disorderly and uncontrolled way. It can reach other organs like the brain.

The NHL is 5 times more common than Hodgkin’s lymphoma (or Hodgkin’s disease) , and affects about 16 people out of 100 000. It is more common in men than in women, and usually occurs around age 60 years to 70 years. People with compromised immune systems – those who are HIV- positive , for example, who have had a transplant and are taking immunosuppressive medications – are at higher risk. About 10% of people infected with HIV will have non-Hodgkin’s lymphoma. 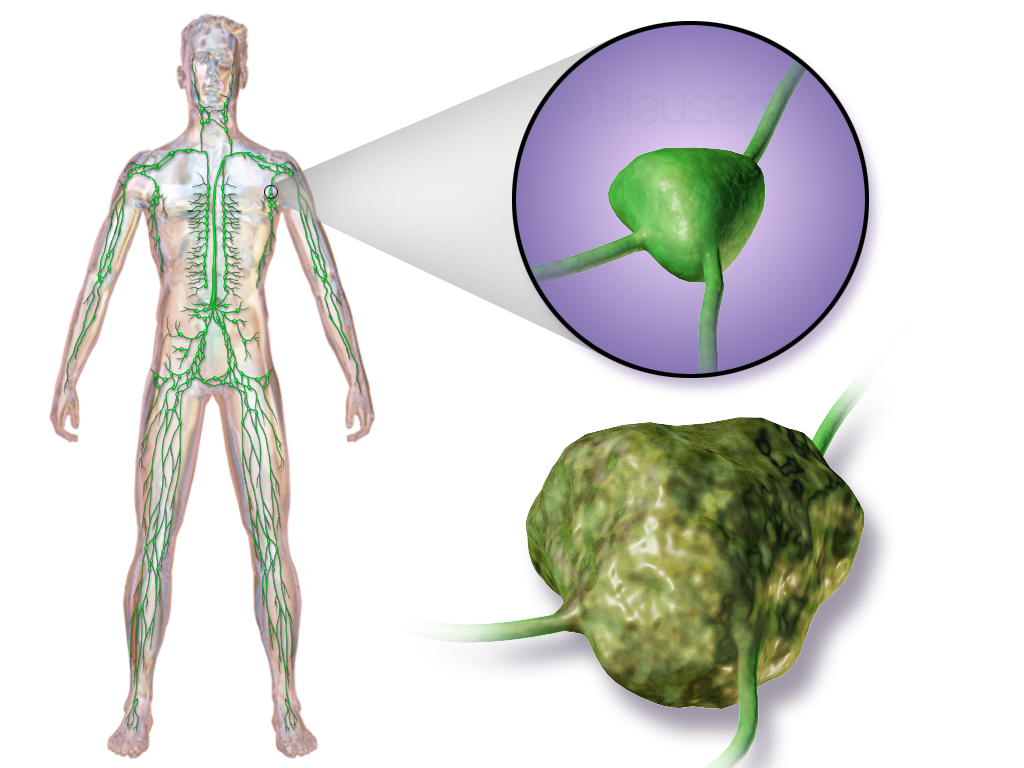 There are several types of non-Hodgkin’s lymphoma. They are identified according to the appearance of the cells under the microscope. Among them, there are two main categories: indolent lymphomas and aggressive lymphomas . The former develop more slowly and produce fewer symptoms. The latter grow faster.

The exact causes of non-Hodgkin’s lymphoma are unknown, and most often no favorable factors are found. However, research indicates that some inherited immunodeficiency diseases, such as Wiskott-Aldrich syndrome , may increase the risk of developing the disease. Infections ( Epstein-Barr virus , HIV, Helicobacter pylori bacteria or malaria, for example) also seem to increase the risk. Finally, environmental factors, such as exposure to pesticides, could be involved. Further research is needed to confirm these links.

Consult your doctor if you discover one or more painless mass , especially in the area of ​​the neck , groin or armpits , which does not go away after a few weeks. The faster the disease is discovered, the better the chances of recovery.

To date, there is no known measure to prevent non-Hodgkin’s lymphoma, although maintaining a healthy diet and avoiding contact with pesticides appears to reduce the risk.

Treatment depends on the type of lymphoma, organs affected, stage and other personal factors. In children, the prognoses are good since 70% to 90% survive more than 5 years. In adults, this rate varies from 50% to 80%.

There are 4 stages of non-Hodgkin’s lymphoma. Stage I correspond to the least severe form of the disease and stage IV to the most advanced form:

The treatment is essentially based on the chemotherapy that is used to destroy the cancer cells. The administration of chemotherapeutic drugs is often combined with immunotherapy.

Immunotherapy is very often used in combination with chemotherapy. Medications help to stimulate the immune system of the person to help destroy the abnormal cells.

Sometimes you can use radiotherapy in addition. Affected lymph nodes and peripheral ganglia are targeted by specific ionizing radiation.

If the lymphoma does not respond sufficiently to treatment, higher doses of chemotherapeutic agents will be needed. These doses, however, can destroy the bone marrow. An autologous transplant is then required  : the bone marrow is removed from the affected person before chemotherapy and then reintroduced into the body. Bone marrow transplants have better success rates in children less than 55 years of age.

Note that there are 2 types of lymphocytes in the body. The T cells and B cells . B-lymphoma generally responds better to treatment than T lymphocytes.