People with this condition have distinctive features such as a deep groove between the nose and mouth, widening of the space between the eyes, tooth misalignment and a lower jaw than normal.

Children with this syndrome usually have a small neck.

At the birth of the individual, it has a weight and size close to normal. However, the abnormally low growth hormone levels in these patients lessen the patient’s development.

Most people with Noonan Syndrome develop heart complications. The most characteristic is the narrowing of the heart valve controlling blood flow from the heart to the lungs. Some also have hypertrophic cardiopathy, related to enlargement of the heart muscle.

Male subjects with the disease in adolescence are late in the puberty phase. Most of them are also infertile and therefore cannot have children.

Noonan’s syndrome can cause a consistent set of signs and symptoms. Most affected children have normal mental development; however, some may have intellectual disabilities. In addition, eye and hearing problems have already been identified in some cases of the disease.

A development of cancer can be part of the visible complications in this disease. Especially concerning the development of leukemia in patients with circulatory problems.

It is a rare disease whose approximate prevalence (number of cases in a given population, at a given time) is between 1/1000 and 1/2 500 people.

The characteristics of the face are reflected in:
– a broad forehead;
– drooping eyelids;
– a space widens between the eyes;
– a broad and small nose;
– small cheeks;
– a narrowed neck size.
Children with Noonan syndrome also have abnormalities in the bones forming the rib cage. This results in a widening of the distance between the nipples.

These physical signs can be very present during childhood and then diminish in adulthood.

A small build is also characteristic of the disease. At birth, the child has a normal height. It is around the age of two that development is diminished. This abnormally weaker development of the person’s height increases during puberty.

Auditory manifestations may also be the subject of characteristic signs of the disease, as well as cardiac damage. And pulmonary, such as:
– pulmonary stenosis;
hypertrophic heart disease;
septal defects (membranes separating the organs).

Finally, other clinical signs may also be common in patients with Noonan syndrome. These include;
– deficiencies in learning;
– food problems;
– behavior problems;
– greater risk of bruising and bruising;
– eye problems;
– hypotonia: impairment of muscle tone;
– cryptorchidism: testicular abnormalities;
– infertility;
– edema in the lymphatic vessels;
– problems with the bone marrow.

A large number of tumors can develop as a complication of the disease, especially in children. 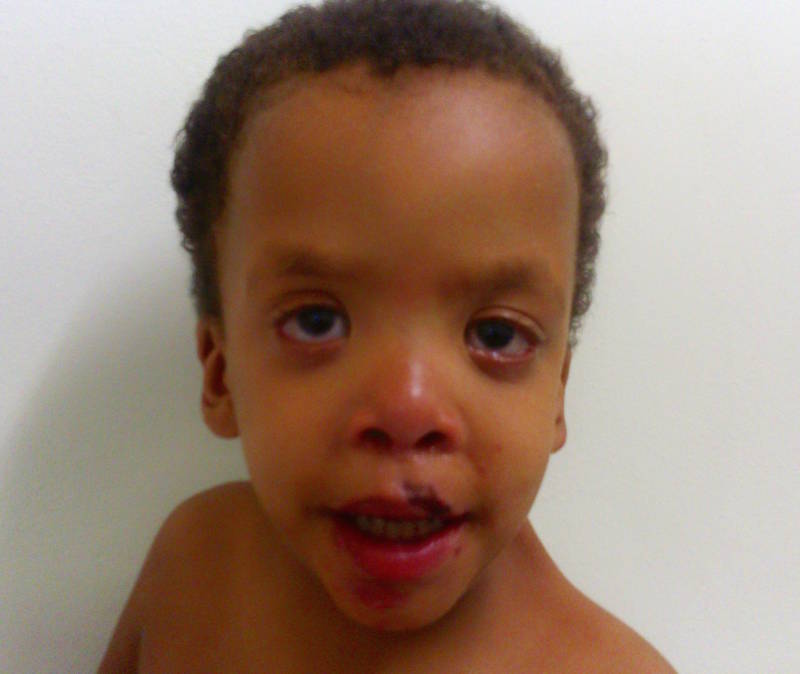 The origin of Nooman syndrome is genetic.

Indeed mutations within many genes are the cause of the development of the disease. These mutations can concern the gene PTPN11, for half of the cases. The SOS1 gene for 10 to 15% of cases and the RAF1 and RIT1 genes for nearly 5% of case each.

Despite the knowledge of mutations within these genes of interest, there are still cases of the disease whose origin is still unknown.

These genes of interest make it possible to give instructions as to the production of proteins involved in the signaling of cell division (proliferation) and thus the development of the body. Mutations within these genes result in alteration in the production of signaling proteins and lead to abnormalities in the regulation of cellular development.

Transmission of the disease is autosomal dominant. That is, the genes involved in Noonan’s syndrome are localized to non-sex chromosomes and the presence of only one of the two copies of the mutated gene is sufficient in the development of the disease.

In this sense, if an individual has one of these two parents with the disease, he has a 50% risk of developing the disease himself.

Prevention and treatment of Noonan Syndrome

The primary diagnosis of the disease is differential. It consists in visualizing the atypical symptoms in the child. These include:
– distinctive facial features;
– a smaller size than normal around the age of 2 years;
– deficiencies in learning;
– cryptorchidism;
– edema in the lymphatic vessels.

The second phase of diagnosis is based on genetic tests.
Moreover, in most cases, the diagnosis can be confirmed during a blood test.

Other tests also make it possible to confirm or not the presence of the disease. Among these examinations are listed;
– the electrocardiogram (ECG);
echo-cardiogram;
– eye exams;
– auditory tests.

The diagnosis can also be made during pregnancy if the mother and / or father have a family history. In addition, ultrasounds performed during pregnancy can determine the presence of abnormalities, such as too much amniotic fluid, pleural effusion (the presence of fluid in the membrane covering the lungs) or size abnormally high parts of the body of the fetus.

There is no single treatment for the disease but a combination of treatments is often needed to treat a set of symptoms.

For the treatment of childhood developmental disability, it is usually implemented between 4 and 5 years of age until the end of its growth. The prescription of somatropin is most often associated.

In the context of language and diet problems, resulting from muscle weakness in the mouth. The consultation of a specialized doctor is advised. In the most severe cases, either in infants not knowing how to feed at all, feeding is effective by catheter for a few months.

Concerning the learning difficulties, which concern certain cases of the disease; these can be overcome thanks to the help of specialists accompanying the child in his school career.