Orthorexia is not considered scientifically as a eating disorder (TCA) , so statistics on orthorexia remain very rare. While an anorexic or bulimic person will exhibit a quantity-focused food obsession, an orthorexic person will focus on quality. She will adhere to a strict diet consisting of foods that she considers to be pure, healthy and good for health.

People with orthorexia are anxious about eating food they think is bad. This anxiety generates the setting up of rituals to select and prepare the best possible diet.

In Anglo – Saxon literature we speak of nervous orthorexia for the most severe forms of this disorder. 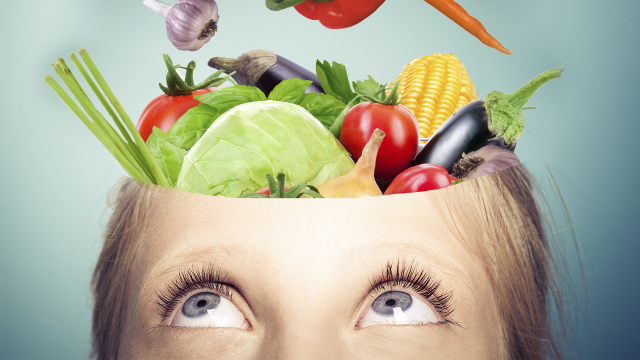 The diagnosis of orthorexia

At present, there are no recognized diagnostic criteria for orthorexia.

Given the suspicion of an orthorexia-type non-specific eating disorder (TCA-NS), the health specialist (general practitioner, nutritionist, and psychiatrist) will question the person about his diet.

It will evaluate the person’s behaviors, thoughts and emotions related to the desire to eat pure and healthy foods.

He will look for the presence of other disorders (obsessive-compulsive disorder, depression, anxiety) and control the impact of the disorder on the body (BMI, deficiencies).

Finally, he will evaluate the impact of the disorder on daily life (number of hours spent per day to choose his diet) and on the social life of the person.

Only a healthcare professional can diagnose a food behavior disorder (TCA).

Orthorexia is characterized by an obsession with eating well. The American doctor Steven Bratmanwas the first to give a name to this phobia in 1997. He mentioned it in his book Orthorexia: Health Food Junkies Overcoming the Obsession with Healthful Eating. Since then, this obsession with healthy eating has evolved into a social phenomenon.

A true disorder, orthorexia is an atypical eating behavior. The principle is to have an extremely healthy diet without being constrained. For example, people with high cholesterol must follow a very strict diet to limit their lipid levels in the blood. The orthorexic person will impose a binding diet without medical reason.

Orthorexia responds to widespread concern about the potential for dangerous foods, even those known to be good for your health. Therefore, a person who suffers from orthorexia can decipher food labels obsessively.

The main disorder associated with orthorexia is the food obsession. Orthorexia is sometimes equated with obsessive-compulsive disorder (OCD). Indeed, the orthorexic person will be guided by his or her personal beliefs   towards the perfect diet. The result will be real rituals of choice and preparation of food. The orthorexic person has a need for permanent control over their diet, which will generate anxiety and depression.

People who suffer from orthorexia may have low self-esteem, especially when they “crack” and cannot constrain themselves strictly to their diet. The ulpability and a negative vision of themselves ensue.

People with other eating disorders, such as anorexia, may develop an associated orthorexia.

The complications of orthorexia

Sometimes a very excessive eating disorder, orthorexia can have serious consequences for the body and the mind. It is the obsession with healthy eating that takes control over the way of life and thought.

Complications will depend on the severity of the orthorexia and the diet that the person is forced into.

In the least severe cases, orthorexia would not cause more health risk than those incurred by people who follow a vegetarian diet (diet excluding the consumption of animal flesh) or vegan (diet excluding in addition to their flesh, foods derived and produced by animals such as eggs and gelatin).

Pushed to the extreme, neurorexia nervosa can cause malnutrition and death. The appearance of deficiencies (vitamins, minerals, and other nutrients) is common because of a diet too strict. These deficiencies can affect the muscles (including the heart), the bones (risk of weakening of the bones or even of early osteoporosis), the hormonal functioning and also the brain. Significant weight loss can also be observed.

Obsessed with his quest for perfect nutrition, an orthorexic person can isolate himself socially and lose his appetite for life. Food obsessions can lead to isolation, withdrawal, sometimes interruption of studies or professional activity, and aggravate eating disorders, creating a vicious circle.

The symptoms of orthorexia

It is not easy to recognize an orthorexic person although the sickly desire to have a healthy diet is at the heart of his concerns.

The signs of orthorexia are similar to:

People at risk for Orthorexia

The population of the industrialized countries would be more affected by orthorexia.

Many factors such as the abundance of food products, the omnipresence of dietary advice and the hygienist theories would have an influence on the development of orthorexia in this population.

Finally, athletes concerned about the impact of their diet on their performance, would be more likely to develop orthorexia.

A study conducted in Turkey 4 shows that the presence of several conjugated factors would influence the occurrence of orthorexia. A body mass index  higher associated with the presence of obsessions related to a desire to eat healthy increase the risk of developing orthorexia.

Orthorexia is the result of extreme food advice. The sugar, constantly pointed by health professionals, is seen as bad for health. For orthorexic, it should therefore not consume. On the other hand, the highly recommended fruits and vegetables will form the basis of many orthorexic foods.

The motivations of orthorexic people can be as follows:

There is no prevention of orthorexia. Prevention ultimately involves early detection that allows it to be treated as soon as possible.

This disorder is not considered scientifically as a disease. In our society, healthy eating is seen positively, especially because of the explosion in the number of cases of obesity. However, in orthorexia, eating healthy is pushed to the extreme and turns to obsession. Orthorexia brings real suffering and impacts the daily lives of people affected.

There are no specific recommendations for the treatment of orthorexia. The treatment is similar to that proposed to treat other eating disorders (anorexia, bulimia). It would consist in setting up a multidisciplinary follow-up including various forms of interventions: complete medical evaluation, support, medical follow-up, psychotherapy and in some cases medication.

The psychotherapy aim in part to reinstate the concept of pleasure from eating. The interest of the therapy is to manage to no longer be governed by his obsession to eat healthy and pure to regain self-control by letting his desires speak without feeling guilty.

The treatment of eating disorders usually involves behavioral and cognitive therapy similar to that used to reduce obsessive-compulsive disorder (OCD). This therapy aims to reduce the anxiety related to food obsessions and reduce the compulsions (rituals of choice and preparation of food) caused by these obsessions. The sessions can be composed of practical exercises, the person being confronted with situations that she fears, with relaxation or with role plays.

Group therapy and family systemic therapy may be offered.

The use of the drugs will be reserved for the relief of the symptoms associated with orthorexia (obsessive-compulsive , depression, anxiety), not to intervene on the disorder itself.