Osteogenesis imperfecta, also called “glass bone” disease, is a genetic disorder characterized by repeated fractures occurring as a result of benign trauma. A low bone mass and bone fragility are the source of these clinical manifestations.

Osteogenesis imperfecta remains a rare disease (one patient per 15,000 people) affecting men and women equally and does not have a particular geographical distribution.

Advances in molecular genetics have shown that this is a group of diseases each with variable clinical manifestations. Thus, Lobstein’s disease represents a moderate form of the disease whereas the severe and fatal forms are grouped together under the term “Porak and Durante disease “.

This disease is hereditary, transmitting itself in the autosomal dominant mode (a sick person has a risk in two to have children affected by the disease, whatever their sex). In some cases, the disease occurs in a child whose parents are not carriers of genetic abnormalities (neomutations or germ mosaicism). It is interesting to note that all persons with the same family present a clinical form of identical severity.

The anomaly observed is related to a protein called collagen type I that enters into the constitution of bone tissue. It is either a decrease in the number of collagen fibers (quantitative abnormalities), or the production of abnormal collagen (qualitative anomalies).

The age of onset of the disease is variable. Usually, the first fractures occur at the time of the acquisition of walking. The most severe forms appear during the intrauterine life, the benign forms being able to appear as for them only to the adult age. The evolution is therefore extremely variable from one patient to another, always more favorable when the diagnosis and management are done early and prolonged.

The impact of the disease on life depends on the severity of it. Benign forms are compatible with a normal life provided that high-risk sports are avoided. Children affected by the disease can benefit from adapted school supervision. The professional orientation of the patient will be adapted to the degree of severity of the disease. Sufferers can lead a family life and have children despite the risk of transmission. Pregnancy is conceivable in affected women but it is not devoid of complications (pains or fractures of the pelvis).

Serious neonatal forms are diagnosed during pregnancy or at birth by ultrasound that demonstrates limb bending or fractures. The skull is often soft and can be depressed by the ultrasound probe. Diagnosis by fetal DNA analysis is possible only if there is already a patient in the family and the genetic abnormality could be demonstrated in it. A prenatal molecular diagnosis (trophoblast biopsy or amniocentesis) may be considered for a couple who have had a child with one of the members or who has a severe form. It is important to note that genetic analysis is very complex and that an anomaly cannot always be demonstrated (large genes and various anomalies).

In other cases, the diagnosis is most often made when the child begins to walk. In moderate forms, it can be done only in adulthood. The diagnosis is mainly based on clinical signs (repeated fractures, blue sclerotic …) and radiological signs (osteoporosis and presence of wormian bones on skull x-rays). Bone densitometry can help confirm the diagnosis. 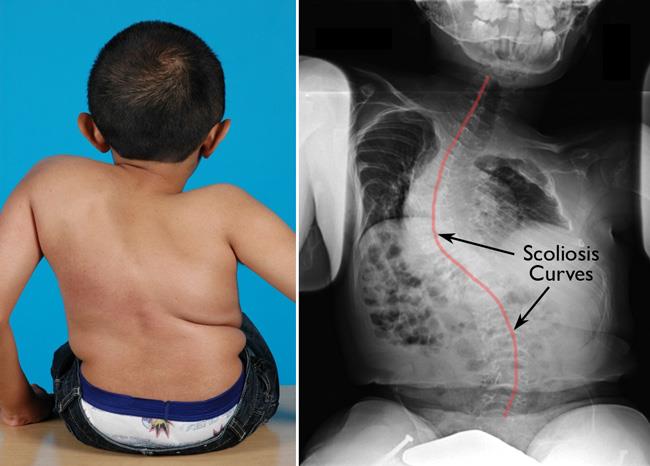 What are the symptoms of Osteogenesis imperfecta?

The fractures observed during osteogenesis imperfecta occur in the long bones (especially those of the lower limbs) and flat bones (ribs, vertebrae). The fractures of the femur are the most frequently observed. These fractures are often horizontal, slightly displaced and consolidate in the same time as the fractures occurring on a normal bone. The occurrence of these fractures decreases with age especially in women from puberty to menopause through the production of estrogen.

The bone deformities (femur, tibia, ribs, and pelvic bones) occur spontaneously or are linked to malunion. Vertebral compression may cause frequent deformities of the spine (scoliosis ).

An upward movement of the occipital foramen (opening at the base of the skull allowing the spinal cord to pass) characterizes the cranial deformities (also called “basilar impression”). Headache (headache), acute osteo-tendinous reflexes with weakness of the lower limbs or involvement of the cranial nerves (trigeminal nerve) is complications of these cranial deformities and justify the practice of nuclear magnetic resonance imaging (MRI)). Finally, the face can be a little deformed (triangular aspect with a small chin). X-rays of the skull reveal Wormian bones (resembling supernumerary bones and linked to a lack of ossification).

A small size is frequently observed in osteogenesis imperfecta. 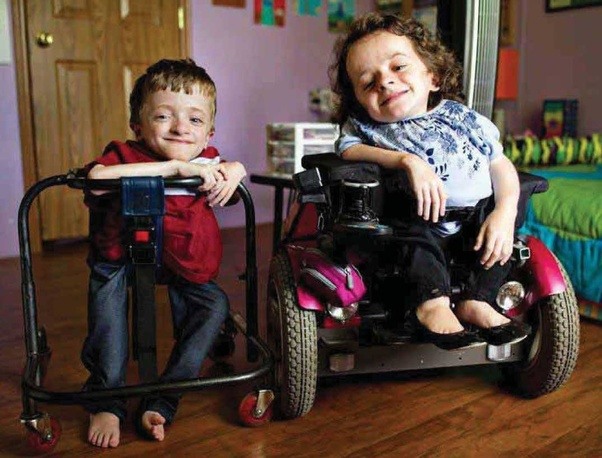 Finally, other events are possible:

– Ocular involvement (sclera) with a bluish appearance of the white of the eye.

– Ligamentous hyperlaxity, present in more than two thirds of patients may be responsible for flat feet.

– Deafness that can occur in childhood is common in adulthood. She is never deep. Hearing loss is related to damage to the inner ear or the middle ear. These abnormalities are related to deficient ossification, persistent cartilage in normally ossified areas, and abnormal calcium deposits.

– Nosebleeds and hematomas (especially in children) testify to the fragility of the skin and capillaries.

A dental injury called dentinogenesis imperfecta. It affects both milk teeth (which are smaller than normal) and permanent teeth (bell-shaped, narrowed at their base) and corresponds to brittleness of the dentine. The enamel splits easily leaving the dentin bare. These teeth wear out very prematurely and abscesses can develop. It gives the teeth an amber tint and make them more globose. Some families have genetically transmitted dental defects, quite identical, without evidence of osteogenesis imperfecta.

The disease varies widely in severity, and all the symptoms described are rarely present in the same patient. Due to this large clinical variability (heterogeneity), a classification of the forms of the disease (Sillence classification) is used and includes four types:

– Type I: most frequent moderate forms (few fractures and deformations). Fractures are usually seen after birth. The size is close to normal. Sclerotics are blue in color. Dentinogenesis imperfecta is observed in type IA but absent in I B. Radiographs of the skull reveal a speckled appearance (islands of irregular ossification)

– Type III: severe but non-fatal forms. Fractures are observed early and quite often before birth; a deformation of the spine ( kyphoscoliosis ) and a small size are among the symptoms. Sclerotics are of variable color. There may be dentinogenesis imperfecta.

– Type IV : of intermediate gravity between type I and type III, it is characterized by white sclerotics, deformations of long bones, skull and vertebrae (flattened vertebrae: platyspondylia). Dentinogenesis imperfecta is inconsistent.

People at risk of osteogenesis imperfecta

If the genetic abnormality is known in a family, his research in people at risk of this family is possible but inconsistently evidenced by laboratory techniques.

The screening of people at risk before the appearance of clinical signs (fractures) is difficult: X-rays can be performed and highlight Osteoporosis and Wormian bones. 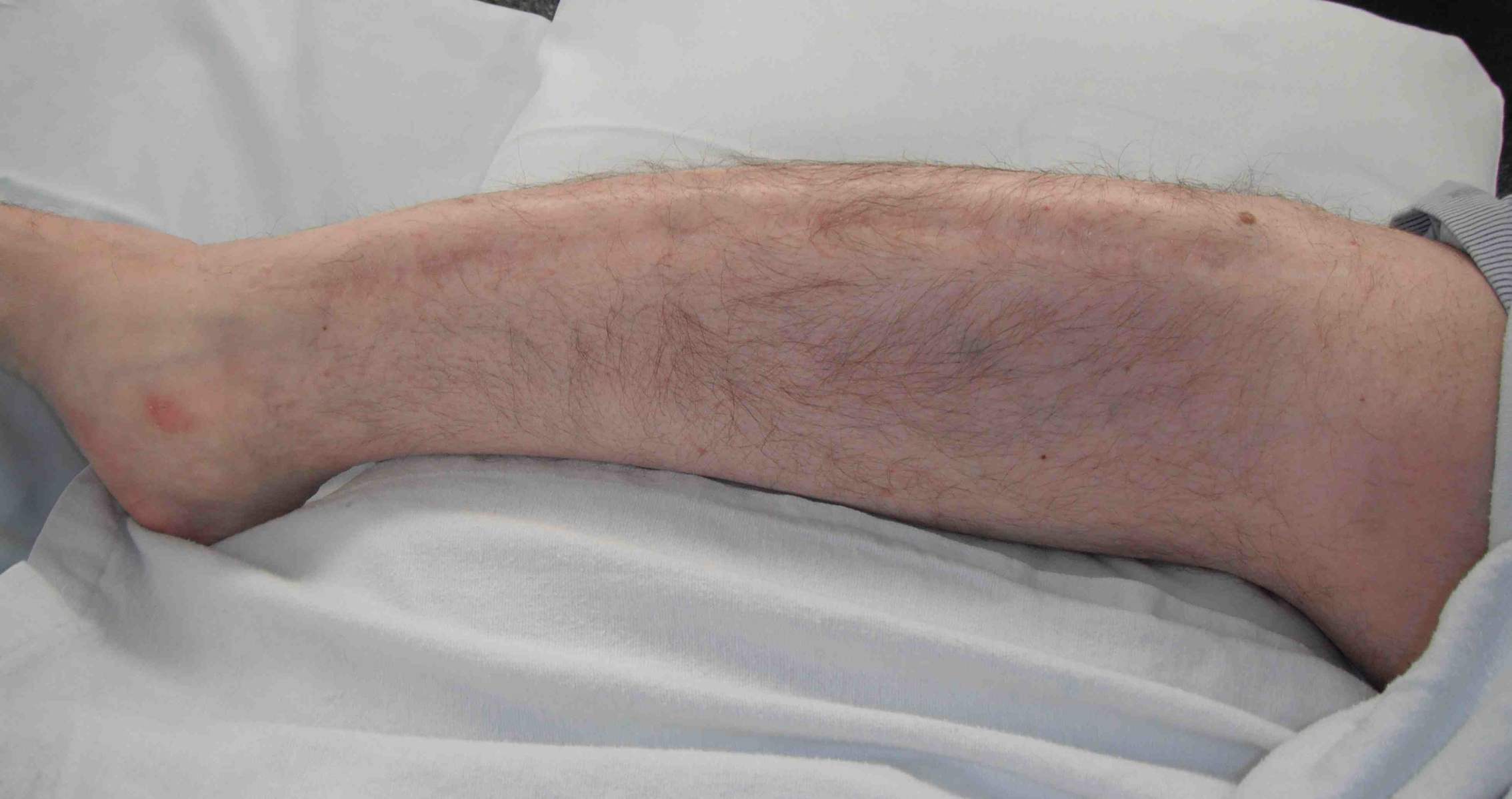 No curative treatment is available for osteogenesis imperfecta. This does not preclude offering a treatment of symptoms observed in patients.

In the first place, a rehabilitative treatment  is essential and prolonged all life since birth. It helps fight against pain, ensure good muscle development and better joint mobility. It also prevents osteoporosis immobilization. Respiratory physiotherapy improves pulmonary function. Balneotherapy is also useful. This rehabilitation should be early, gentle and if possible active.

The decision in orthopedic and surgical management is just as important. In the event of a fracture , it is necessary to provide the lightest and the shortest possible restraint (otherwise it may aggravate osteoporosis and the risk of fracture). In case of repeated fractures affecting the long bones of the lower limbs, a nailing of the bones ensuring the consolidation of the bones and the correction of the deformations is practiced. For the spine, treatment (always complex) is based on posterior vertebral arthrodesis (stems attached to the back of the column) to stabilize the column and ensure a sitting position in a wheelchair patient.

Among the drugs, only the bisphosphonates opposing bone resorption have proved their effectiveness. They are mostly used in children, help to reduce pain and fractures and allow better mobilization.

Moreover, the treatment of pain, always present, rely on painkillers .

The treatment of deafness is based on a delicate surgical procedure, because of bone fragility or on an apparatus.

Dental problems (dentinogenesis imperfecta) must be treated early. The treatment is based on the laying of crowns on the baby teeth. Implants may be needed in adulthood. Prevention involves good oral hygiene and the use of fluoride both by general (tablets) and local (toothpaste) routes.

A good lifestyle and the regular practice of adapted physical activities are major to ensure the best possible evolution of the disease.

Psychological support is offered to the patient and his family.

In cases of emergency (fracture), it is imperative to contact the reference center that usually supports the patient.