Otitis externa, also called “swimmer’s ear”, is an inflammation of the external canal of the ear. This inflammation usually causes pain, more or less intense. These are accompanied by irritation and itching. Appropriate treatment can limit the evolution of the disease.

Otitis externa is characterized by inflammation (redness and swelling) of the external canal of the ear. The latter is a canal located between the outer ear and the eardrum. In the majority of cases, only one of the two ears is impacted.

This affection of the outer ear is also called: Otitis of the bather. Indeed, frequent and / or prolonged exposure to water may be at the origin of the development of such otitis. 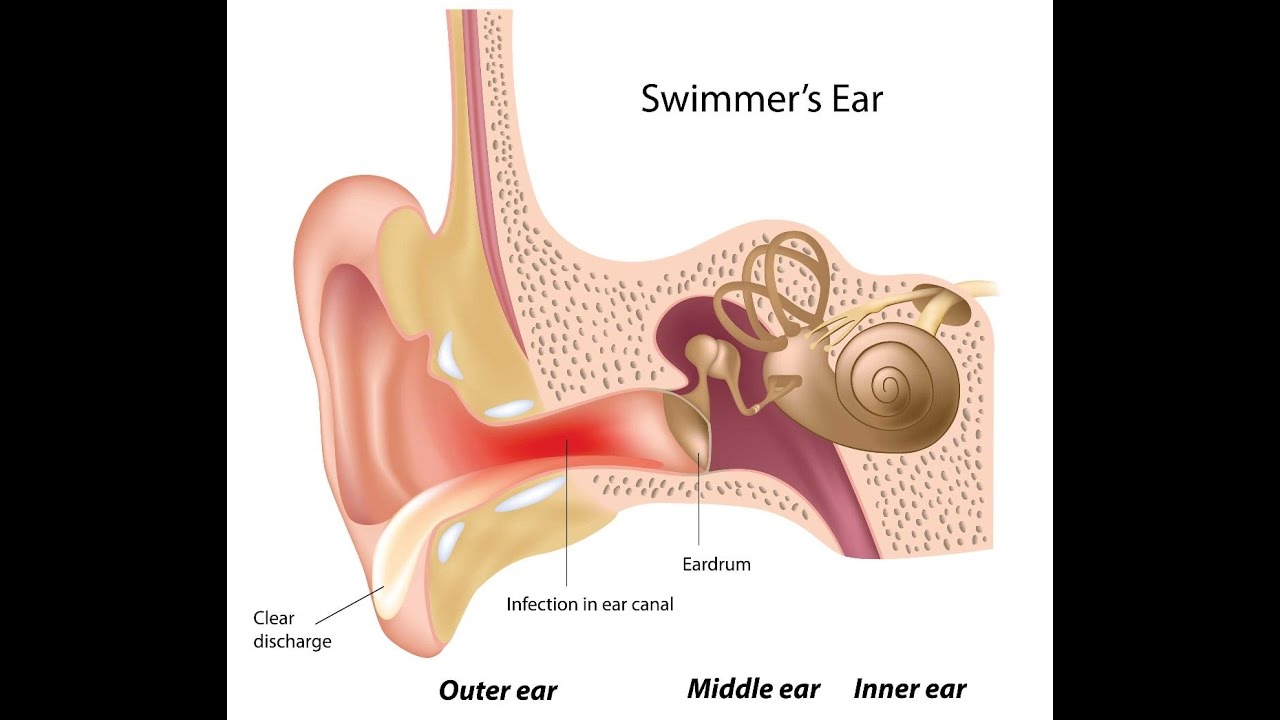 The most common clinical signs of otitis externa are:

Appropriate treatment is available, and helps alleviate symptoms in a few days. Nevertheless, some cases can persevere and persist in time.

There are different origins of otitis externa.

The most common causes are:

Other risk factors are also known: Although complications, associated with otitis externa, are rare. There is a low risk of negative evolution of the disease.

Among the possible evolutions, we can quote:

Otitis externa can cause a number of clinical signs and symptoms. These include:

Beyond these acute symptoms, chronic signs may also be associated with such a condition:

How to prevent otitis externa?

Prevention of otitis externa is hardly possible. On the other hand, reducing the risk of developing such a condition is, and goes through:

How to treat otitis externa?

In the majority of cases, symptoms tend to increase at the beginning of treatment.

In addition, means can limit the worsening of symptoms: