The phlebitis is a cardiovascular disorder that corresponds to the formation of a blood clot in a vein. This clot completely or partially blocks the blood circulation in the vein, like a plug.
Depending on the type of vein affected (deep or superficial), phlebitis is more or less serious. Thus, if the clot forms in a deep vein , large size, treatment must be provided urgently .

In the vast majority of cases, phlebitis is formed in a vein of the legs, but it can appear in any vein (arm, abdomen …).

Phlebitis often occurs after a long period of immobilization, for example, after surgery or because of a cast.

It is important to distinguish between the two types of phlebitis, with very different consequences and treatments.

Deep phlebitis affects more than 1 in 1,000 people each year. In Quebec, there are approximately 4,700 cases per year. Fortunately, effective prevention strategies can reduce the frequency of pulmonary embolism and deaths associated with deep phlebitis.

Although we do not always know the causes, phlebitis is generally related to 3 major factors:

In about half of people who have it, phlebitis occurs spontaneously and cannot be explained. Nevertheless, risk factors have been discovered. See People at Risk and Risk Factors. 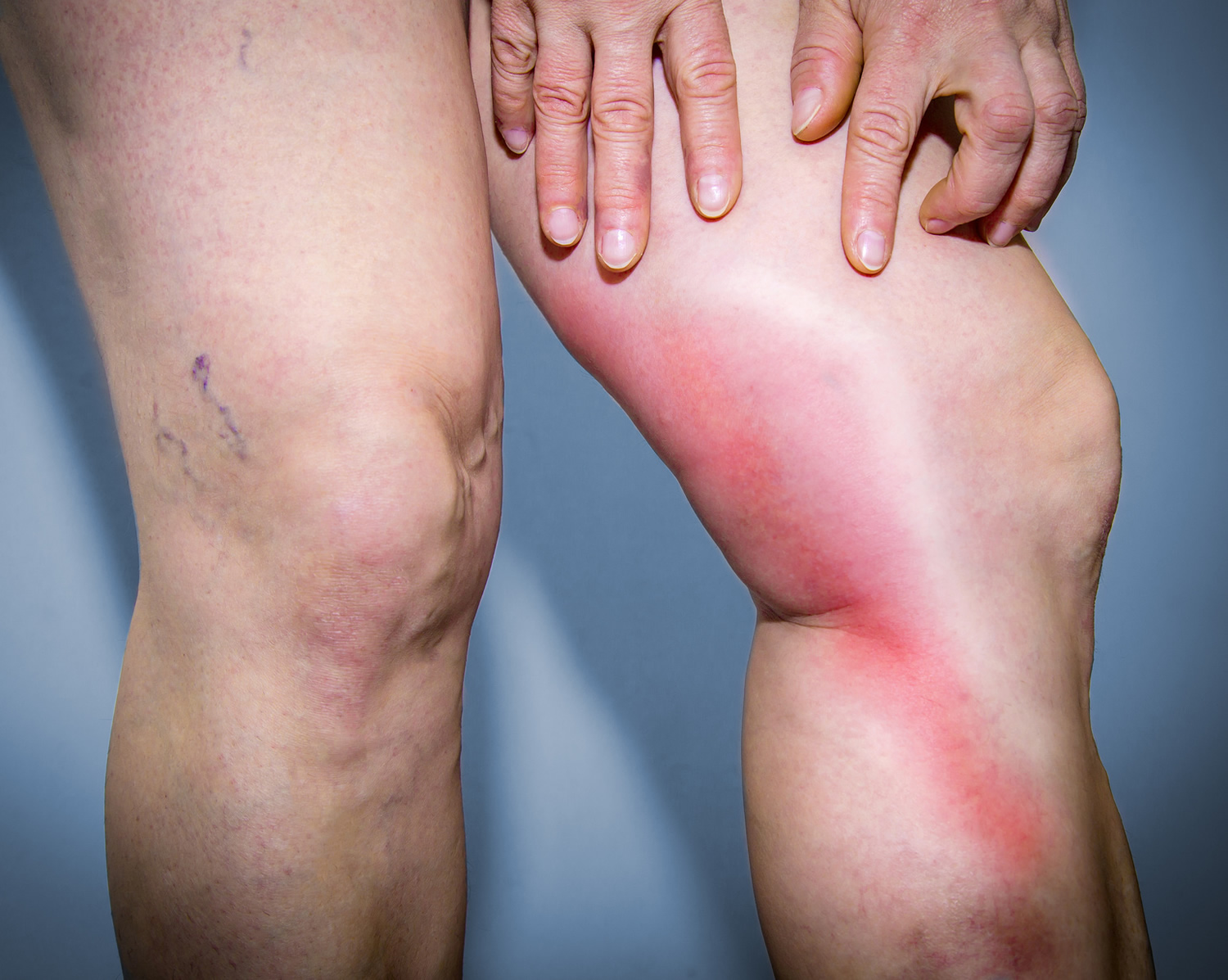 In addition, when a deep vein is affected, symptoms of venous insufficiency may occur, such as persistent leg swelling ( edema ), varicose veins and leg ulcers . These symptoms result from damage to the valves by the blood clot. Valves are a kind of “valve” that prevents blood from flowing back into the veins and facilitates circulation to the heart. In medical terms, it is a post-phlebitic syndrome . Because phlebitis often affects only one leg, this syndrome is usually unilateral.

The symptoms depend on the importance of the inflammatory reaction and the size of the clot. There are sometimes no symptoms, which makes the disease all the more dangerous. However, in 1 in 2 people, we can observe the following signs in the affected leg:

People at risk for Phlebitis

Although a simple physical examination can be used to diagnose superficial phlebitis, venous ultrasound or contrast radiography should usually be performed to detect the presence of blood clots in the deep veins. In practice, the most used examination is Doppler ultrasound , which allows the visualization of blood flow in the veins. Pain, edema, discolouration of the skin and warmth in the legs are signs that may prompt the doctor to perform an ultrasound or X-ray.
A blood test, intended to measure the level of D-dimer, a substance released by the clot, can sometimes be done to confirm the absence of phlebitis if the doctor has a doubt.

In cases of superficial phlebitis , local treatment, which can be done at home, is sufficient. Rest is advised, with elevation of the leg and application of warm compresses on the affected area. The compresses can be applied for 15 to 30 minutes, 2 to 3 times a day. Wearing a venous contention is often advised for a few days or weeks. These are bandages or elastic stockings that slightly compress the calf or leg and thus help the blood to go back to the heart.

The patient may also take anti-inflammatory drugs: the pain subsides in a few days, but the inflammation can persist for 2 to 3 weeks. Although there is no formal medical recommendation, a new treatment is sometimes advocated. It consists of taking anticoagulant medications for a few days to 1 month. Anticoagulants (eg, heparin) prevent or delay the formation of clots in the blood, and also contribute to their dissolution.

Patients with varicose veins who have recurrent phlebitis may be surgically removed from the portion of the vein that is affected, a procedure commonly known as stripping .

In case of deep phlebitis , anticoagulant drugs are injected intravenously or subcutaneously in an emergency in order to dissolve the blood clot. The most commonly used anticoagulant is the heparin of low molecular weight, injected daily for 5 to 7 days . A recent drug, fondaparinux (Arixtra), can also be used.

After these initial injections, an oral anticoagulant treatment (warfarin or Coumadin) is put in place, in order to avoid recurrences. This treatment will continue over a period of 3 months to several years, depending on the patient and his risk factors. In general, the treatment lasts 6 to 12 months.

The daily wearing of compression stockings is also recommended at diagnosis and for at least 3 months. This helps to reduce edema and prevent complications (including post-thrombotic syndrome). As a rule, bed rest should be kept as short as possible.

In some cases, especially when the use of anticoagulants is contraindicated, a filter can be placed in the inferior vena cava (located in the abdomen) to prevent the passage of clots to the lungs. . This procedure does not require hospitalization.

Sometimes surgery is required to remove a clot that blocks a vein in the pelvis or abdomen ( thrombectomy ). You can also perform angioplasty to open the vein and set up a stent (a small tube) that will keep the vein open.