Photophobia is characterized by increased sensitivity to light or even complete intolerance to it. Light, even of low intensity, can cause visual discomfort, eye problems (dry eyes, pain), migraines, etc. The genes caused by light cause the eyes to fold in sensitive persons, or even to close them completely when the sensitivity is too great. In the latter case, if the person persists in keeping their eyes open, excessive tearing may occur.

Many people suffer from this kind of phobia. This is not the consequence of an underlying disease. The sensitivity to light in photophobic people can come from many light sources: natural light (sunlight), artificial light, fluorescent light, flame light (candles, lights, etc.) and others.

Photophobia is not considered to be a disease as such but a set of symptoms.
People with fair eyes seem to be more at risk of developing these kinds of symptoms compared to people with dark eyes. This phenomenon is due in particular to less pigmentation of the multiple layers of the eye in subjects with blue or green eyes. These layers in the eyes being in smaller quantities, they do not allow people with clear eyes to fight against the effects of light. In this sense, these people are more subject to the development of photophobia. 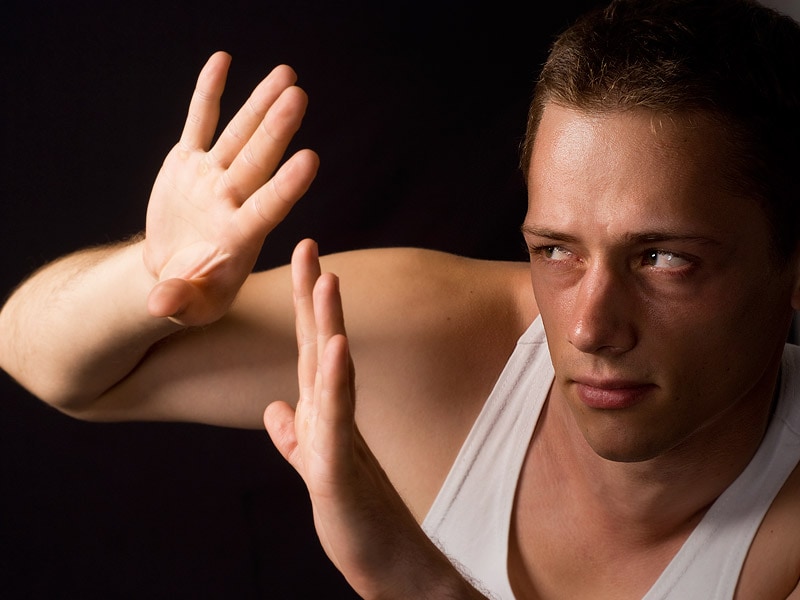 The symptoms related to photophobia are numerous and can be different depending on the sensitive subjects.

The most common symptoms may be:
– visual genes: burning sensation in the eyes, pain, dry eye, etc.
– a feeling of fatigue greater than in “normal” time;
– a need to squint or even close them;
– excessive tearing
– a troubled, blurred vision;
– inflammation (swelling, redness, irritation, etc.) in the eyes.

May also occur:
– headaches and migraines;
– nausea or vomiting;
– stiffness in the neck;
– dizziness and / or tingling in other parts of the body.

Several regions of the eye may be affected by the development of photophobia.
– Inflammation of the anterior region of the eye, including the iris, is the most common cause of photophobia. This is explained by the role of the iris in controlling the size of the pupil and the entrance of the light. In the case of inflammation in the muscles of the iris, there is painful contraction of these muscles as the light passes through the eye.
– Uveitis, defined by abrasions in the cornea (inner part of the eye) may also cause some intolerance to light.
– At the level of cataracts, an opacity of the lens of the eye can also be the cause.
– Certain retinal pathologies (eg retinal detachment)

Migraines and wheatparospasm (disorder of the contraction of the orbicular muscles, surrounding the eye) can also be at the origin of this phobia.

Neurological diseases such as pituitary tumors or meningitis (inflammation of the meninges: envelopes of the spinal cord and the brain) or head trauma are capable of causing the symptoms characteristic of photophobia.

Taking certain drugs and certain drugs causes the pupil to dilate for a longer or shorter period. This usually leads to increased sensitivity to light, in other words, photophobia.

People with clear eyes are more concerned with the subject. As well as people with albinism (not detecting colors) or those with botulism.

Other causes can cause photophobia. This is particularly the case of conjunctivitis, sinusitis, corneal ulcer, vitamin B2 deficiency causing dilation of the pupil, etc. 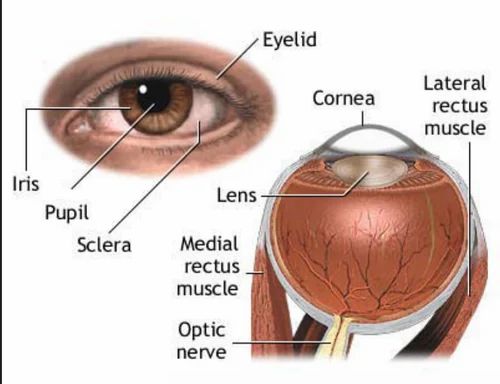 The risk factors for these symptoms are:
– significant exposure to artificial lights (computer screens, television, etc.);
– people with clear eyes, which pigmentation of the layers that constitute the eye are less;
– people with botulism, albinism, meningitis, neurological disorders, etc.

Prevention and treatment of Photophobia

The first step to be taken when discovering these characteristic signs of photophobia (eye dryness, eye irritation, visual disturbances, need to wrinkle or even close the eyes in contact with the light, etc.) is to consult a ophthalmologist. The latter will explain to the subject concerned what to do and what not to do.
Wearing sunglasses at home is not advisable. Indeed, if the photosensitive person wears dark glasses inside, it adapts to the darkness of the internal environment and in this way increases its photosensitivity.

The development of colored glasses, tinged with pink for example, would filter certain colors such as blue and green. These could decrease the development of migraines in photosensitive people.

In the case of vitamin B2 deficiency, causing dilation of the pupil, a primary supply of riboflavin B2 or other vitamins of the B complex may be prescribed.
In addition, certain foods such as spinach or turnips, whose zeaxanthin content is important can be used in the natural treatment of photophobia.

Finally, it is advisable to people working a lot on screens, to use a darker background and to reduce the games of contrasts.