The plague is a zoonosis caused by the bacterium Yersinia pestis, which is transmitted most often from rodents to humans by fleas, but also between men by respiratory route. Without appropriate and rapid antibiotic treatment, its evolution is fatal in 30% to 60% of cases.

Hard to imagine that the “black death” that decimated Europe in the fourteenth century is still rife in some parts of the world! In France, the last cases of plague were recorded in 1920 in Paris and in 1945 in Corsica. But globally, more than 50,000 cases have been reported to WHO in 26 countries since the early 1990s.

In recent years, several epidemic outbreaks of plague have been reported by the World Health Organization in the Democratic Republic of the Congo, Tanzania, China, Peru and Madagascar. The latter is the main endemic country, with dozens of people killed by the plague in 2014/2015. 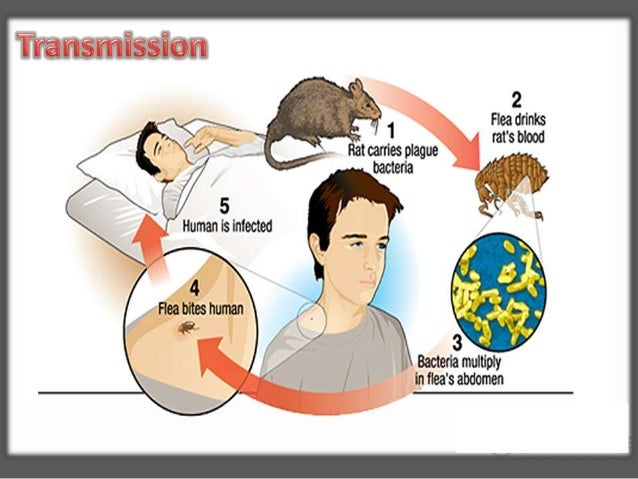 Bubonic plague, the most common. It is declared with the sudden appearance of high fever, headaches, and a profound attack of the general state and disorders of the conscience. It is characterized by swelling of the lymph nodes, often in the neck, armpits and groin (buboes).

Pulmonary plague, the most deadly. A muco-purulent cough with blood and chest pains are added to the general symptoms of bubonic plague.

The plague agent is a Gram-negative bacillus, Yersinia pestis. Yersinia is a genus of bacteria belonging to the family Enterobacteriaceae, which includes seventeen species, three of which are pathogenic for humans: pestis, enterocolitica and pseudotuberculosis. Rodents are the main, but not exclusive, reservoir of the disease.

The plague infects small animals and fleas that parasitize them. It is transmitted from animals to humans by the bite of infected fleas, by direct contact, by inhalation and ingestion of infectious substances.

Prevention and treatment of Plague

In endemic areas, avoid flea bites and stay away from rodents and animal carcasses.

If diagnosed in time, bubonic plague is treated successfully with antibiotics: streptomycin, chloramphenicol and tetracyclines are the reference antibiotics recommended by the Institut Pasteur.

Chemoprophylaxis (also known as “chemoprevention”), which consists of administering tetracyclines or sulfonamides, in the case of plague, is effective in protecting the immediate surroundings of affected patients, the Institut Pasteur also explains.

Several vaccines have been developed in the past, but they are now reserved for laboratory personnel because they have proved to be of little value in combating epidemics.