Polyneuritis is an inflammatory disease that affects the nerve end of the peripheral nervous system. The causes are multiple (diabetes, alcoholism, drugs …) and its evolution is generally slow. About 5% of the population is affected and its frequency increases with age.

Polyneuritis has no single cause and the etiology is rather difficult to determine. Many factors may be involved in the onset of the disease including:

Who are the people at risk?

People at risk include:

Children may also have polyneuritis. 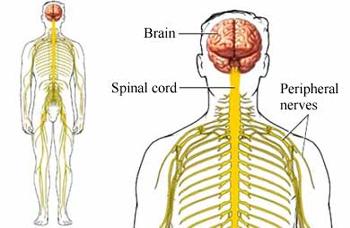 The signs and symptoms of polyneuritis depend on the nerve that is affected. The initial onset of symptoms is usually related to the nerve that reaches the toes. Indeed, the disease usually damages the longest nerve fibers.

The sensory nerve is responsible for receiving different sensations such as hot and cold. When this nerve is affected or damaged, it can lead to symptoms of paresthesia, burning pain, numbness and loss of sense of position and vibration sensations.

The loss of sensitivity can affect a person with a risk of burns due to an alteration of the threshold of detections of the detection temperature. Numbness and tingling in the feet or hand gradually appear and can extend to the legs and arms. Touch sensitivity is extreme even with the slightest touch.

The motor nerve controls muscle movement. Damage to this part of the peripheral nervous system can lead to symptoms such as:

The autonomic nerve is responsible for controlling the involuntary functions of the body. Polyneuritis affecting this nerve causes symptoms such as:

Muscle loss is also present in polyneuritis and is characterized by thin and weak muscles, resulting in reduced movement and loss of muscle strength.

It is possible to prevent certain risk factors such as alcohol abuse, an unbalanced diet and excessive manipulation of toxic products.

Initial treatment of polyneuritis involves a neurological evaluation to determine the nerves involved in the onset of the disorder. The method of treatment depends on the cause of the disease.

The following drugs are used in the treatment of polyneuritis:

Ethyl withdrawal is recommended for alcohol abuse, as well as a vitamin B vitamin cure in case of deficiency.

A support device such as walking aid or muscle strengthening of the arms may be necessary for patients with severe weakness of the legs or arms and to help them to move. A splint can also be given to increase the flexibility of the wrists.

The symptoms decrease when the appropriate treatment is applied.