Preeclampsia can occur at the time of delivery and up to six weeks after birth.

This obstetric disease can have extremely serious consequences on the mother and the unborn child (stunting, low birth weight, prematurity, etc.). It is a common cause of maternal, fetal or neonatal mortality, especially in developing countries. She would also be responsible for a third of the births of very premature babies. 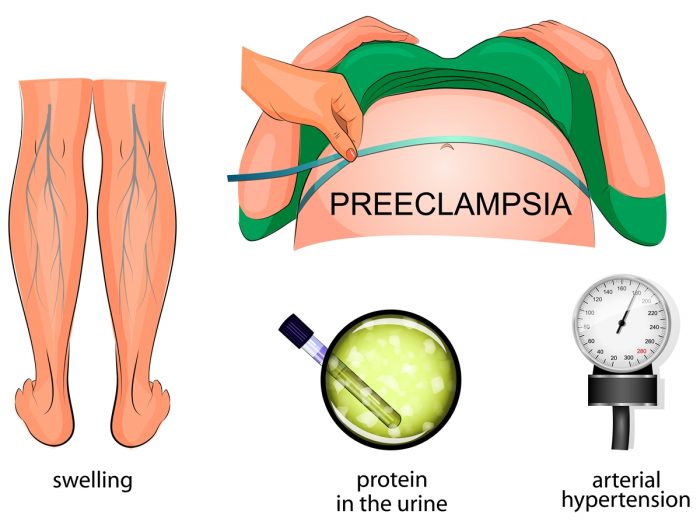 The only effective solution for treating preeclampsia is childbirth .

Spotting preeclampsia is vital for the mother and unborn child. Hence the interest of knowing this disease and to perform the urine tests regularly proposed.

Preeclampsia is to be differentiated from pregnancy-induced hypertension (protein-free hypertension in the urine), HELLP syndrome (a very serious condition that causes destruction of red blood cells and causes anemia) and eclampsia, which stands out preeclampsia by convulsions.

Preeclampsia affects more than 7% of pregnancies worldwide. According to the website of the Association of Prevention and Action against Pre-eclampsia Apape.fr, “eclampsia mortality is the second leading cause of maternal mortality (nearly 11.35% of deaths), behind the hemorrhages of delivery, which account for 36% of maternal deaths “. It is also a major cause of perinatal mortality in children worldwide.

The origins of the disease are not known. The placenta could play an important role in the disease. Moreover, freeing yourself from the placenta can heal.

Only a blood pressure test and a urine test revealing the presence of proteins lead to preeclampsia. The signs that accompany these two clinical factors (see below the symptoms) are not to be neglected. If they appear, it is essential to consult quickly. Late diagnosis of preeclampsia increases the risk of serious complications related to the disease.

If the disease is diagnosed, other tests will be needed such as a blood test (which will verify the proper functioning of the liver and kidneys) or new urine tests more thorough. These will determine the severity of the disease. The doctor can also do a fetal ultrasound to estimate the baby’s growth. 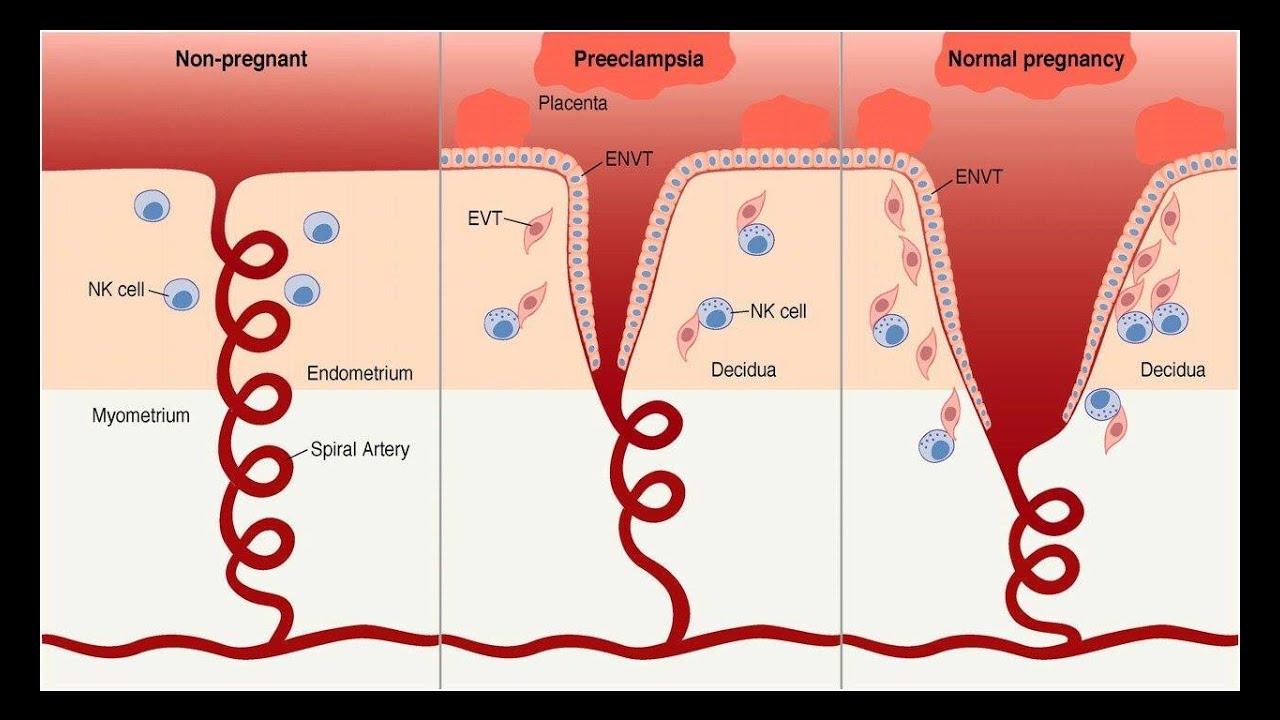 Complications of preeclampsia can be very serious, both for the mother ( stroke, eclampsia, cardiac arrest, retinal detachment, renal, hepatic, neurological problems) than for the child (stunting, premature birth, breathing difficulties at birth, death). Preeclampsia can cause poor placental irrigation (the baby receives less oxygen and nutrients essential for its development) or placental abruption (which causes hemorrhage that can be fatal for the mother and child). This disease can also be transformed into HELLP syndrome (an acronym for a syndrome involving a destruction of red blood cells, an increase in liver enzymes and a decrease in blood platelets that can cause hemorrhage) or eclampsia(whose main symptoms are: abdominal pain, severe headaches, vision problems, decreased alertness, convulsions that can lead to coma and death). Finally, suffering from preeclampsia increases the risk of developing cardiovascular disease.

However, many women with preeclampsia who give birth to a healthy baby and who recover quickly.

People at risk for Preeclampsia

The risk factors are very varied. So being pregnant with your first child is one of them. The risk of developing preeclampsia is indeed higher during the first pregnancy. This risk is also higher if the father of his second child is not that of the first. Clearly, a pregnancy with a new partner is more at risk than a second child with the same father.

Age is also a risk factor (before age 20 or after age 40, the risks are higher). Obesity, pre-pregnancy hypertension and multiple pregnancies are risk factors, as are diabetes and diabetes during pregnancy (gestational diabetes). Finally, vitamin D deficiency has been implicated in some studies.

There is no criterion to anticipate the occurrence of preeclampsia in a pregnant woman. Low-dose aspirin (75 to 160 mg daily) may be recommended as a preventative measure for high-risk women who are expecting their second child.

The only effective treatment for preeclampsia is that the woman gives birth. Only the first signs of the disease often arrive before the end. The treatment then consists in lowering the blood pressure (antihypertensives) in order to delay the childbirth to the maximum. But preeclampsia can evolve very quickly and require premature delivery. Everything is done so that the delivery is done at the best time for the mother and the child.

In severe pre-eclampsia, corticosteroids can be used to elevate platelets and prevent bleeding. They also make the baby’s lungs more mature for delivery. Magnesium sulfate can also be prescribed, as an anticonvulsant and to increase the blood flow in the uterus.

The doctor can also advise the mother to stay in bed or limit her activities. This could save some time and delay childbirth. In the most serious cases, hospitalization, with very regular follow-up, may become necessary.

Triggering delivery can be decided based on the mother’s condition, the age, and the state of health of the unborn child.

Complications such as eclampsia or HELLP syndrome may occur 48 hours after delivery. Special monitoring is therefore necessary even after birth. Affected women will also need to monitor their blood pressure in the weeks following the birth of their child. This blood pressure usually returns to normal in a few weeks. During the medical consultation some time after the arrival of the baby, the tension and the proteinuria will obviously be checked.