While definitions vary across countries and medical societies, they all agree on three points. Premature ejaculation results in:

Who is affected by premature ejaculation?

According to many studies, premature ejaculation affects 20 to 30% of men.

However, it is difficult to obtain precise figures, especially since the diagnostic definition has long remained vague. On the other hand, very few men who consider themselves affected by this disorder consult a doctor for this reason.

According to the ISSM (International Society of Sexual Medicine), the prevalence of premature ejaculation would vary between 3 and 30% depending on the studies.

It is now known that premature ejaculation, which has long been considered a purely psychological disorder, is also linked to neurobiological disorders and / or genetic susceptibility.

The exact causes are however unknown.

Several biological factors could promote this disorder, including:

To date, no large-scale study has clearly demonstrated the role of any of these neurobiological causes.

It is clear that certain psychological and environmental factors also have a role to play. 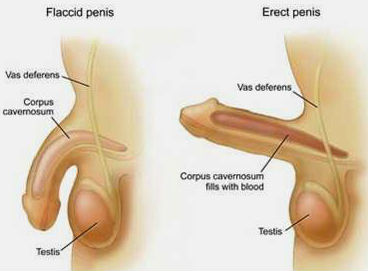 Premature ejaculation is not a disease in itself. It is a problem that only becomes problematic if it is a source of discomfort, discomfort or distress for the person who complains or for his partner.

Thus, the psychological consequences of premature ejaculation can be very negative, for the subject as for the couple. Men who suffer from it can develop symptoms of depression, anxiety, or even fall back on themselves by avoiding any romantic or sexual relationship.

That’s why it’s important to talk about it, especially as solutions exist, whether medical or not.

In 2009, the International Society of Sexual Medicine (ISSM) published recommendations for the diagnosis and treatment of premature ejaculation .

According to these recommendations, premature ejaculation has symptoms:

According to the ISSM, there is insufficient scientific evidence to extend this definition to non-heterosexual sex or intercourse without vaginal intercourse.

Finally, according to the ISSM, 5% of these men ejaculate involuntarily even before penetration.

People at risk for Premature ejaculation

Risk factors for premature ejaculation are not well known.
Unlike erectile dysfunction, premature ejaculation does not increase with age. On the contrary, it tends to diminish with time and experience. It is more common among young men and at the beginning of a relationship with a new partner.

The recent recommendations of the International Society of Sexual Medicine advocate a combined management combining, if necessary:

The arrival on the European market in 2013 of the first drug specifically to treat premature ejaculation, dapoxetine , has changed the management of this disorder.

Dapoxetine belongs to the class of selective serotonin reuptake inhibitors (SSRIs). It is marketed under the name Priligy for the treatment of premature ejaculation in men aged 18 to 64, since the end of March 2013 in France and in 25 countries.

In North America, dapoxetine has not been approved yet.

Dapoxetine is not considered an antidepressant because it is quickly eliminated by the body: there is no trace of the drug in the blood about twenty hours after taking.
Thus, it acts quickly (one or two hours after taking). It allows, according to clinical studies, to increase by about 3 the time between penetration and ejaculation, after a treatment period of 12 weeks. Note, however, that taking a placebo tablet also increased, according to these trials, this delay by a factor of 1.5 to 2.

In France, dapoxetine exists in two dosages (30 and 60 mg), in tablet form to be taken on demand, 1 to 3 hours before sexual activity.

The treatment is issued on medical prescription and is not covered by the Health Insurance. The most common side effects are nausea, headache, diarrhea and dizziness.

Highly used, apart from official prescription authorizations, the application of a local anesthetic on the glans helps to delay ejaculation by “numbing” the penis.

The products used are generally based on lidocaine , gel or spray. To avoid numbing the partner, the anesthetic can be applied for about twenty minutes and then washed out with water before the report. In 2010, a spray combining lidocaine and prilocaine, to be applied 5 minutes before sexual intercourse, showed good efficacy in delaying ejaculation. It could be commercialized shortly.

A follow-up in sexotherapy or psychotherapy is also advised, especially when the psychological consequences of premature ejaculation are important, that there is a strong anxiety of performance or a problem of couple.

The French Association of Urology advises a behavioral therapy which consists in practicing a voluntarily interrupted sexual activity, “before the occurrence of the anxiety of result”. After several weeks, it becomes easier to feel the arrival at a point of no return before ejaculation, which allows a better control.

The effectiveness of these measures, however, is unpredictable.