Pseudomonas aeruginosa is a microorganism that causes acute or chronic infections, sometimes serious and fatal. It is particularly prevalent in hospitals and exposes patients with weak immune systems. The increasing resistance of some strains of this bacterium to antibiotics makes these infections a real public health problem.

Every year, 750,000 nosocomial infections (contracted during or following hospitalization) are recorded in France, representing 5% of the total number of patients, responsible for some 4,000 deaths. According to the results of a national survey of the prevalence of nosocomial infections conducted by the French Institute for Public Health Surveillance, the share of these infections attributable to the bacterium Pseudomonas aeruginosa is greater than 8%. 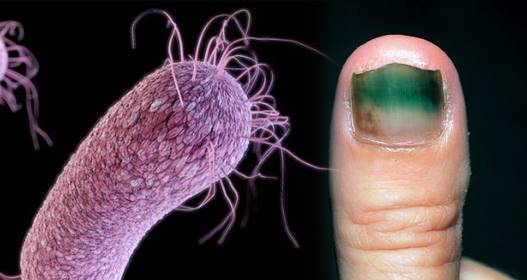 Pseudomonas aeruginosa is a gram-negative bacterium that lives in soil, water and wetlands such as faucets and pipes, and is highly adaptable to hostile environments. Its numerous virulence factors make it a highly pathogenic agent for fragile or immunocompromised organisms, leading to a high rate of morbidity and mortality.

The most exposed persons in hospitals are patients who have undergone surgery; exposed to an invasive device such as a urinary catheter, catheter or intubation; immunosuppressed by HIV or chemotherapy. It should be noted that young and old people are also more exposed. Burn victims are very exposed to the risk, often fatal, of skin infections. Pseudomonas aeruginosa causes about 40% of the deaths related to ventilator-associated pneumonia.

Pseudomonas aeruginosa is transmitted by the hands of health care personnel and infected medical equipment. Invasive medical procedures such as catheter or urinary catheterization pose a high risk of transmission of infectious agents.

While hospital-based infections present the greatest public health challenge, it should be remembered that Pseudomonas aeruginosa is not confined to it and that infections can occur elsewhere, for example in hot baths or poorly maintained pools (often via contact lenses). Likewise, the bacteria may be involved in foodborne infections. Prevention and treatment of Pseudomonas aeruginosa

The hands of health care personnel and medical devices should be washed and / or disinfected and / or sterilized before and after each treatment, according to established protocols. A national system has been set up in France to prevent nosocomial infections: nosocomial infection control committees (CLIN) ensure the implementation of draconian hygiene and asepsis measures in hospitals, and their respect by caregivers, visitors and patients themselves.

Progress has been made since the early 2000s with, for example, the use of hydro-alcoholic solutions for hand hygiene and the use of silicone less conducive to the development of bacteria on medical devices.