Pump Disease is the common name given to “Type II glycogenosis (GSD II)”.
This pathology is characterized by an abnormal accumulation of glycogen in the tissues.
This glycogen is a polymer of glucose. It is a carbohydrate formed of long chains of glucose molecules, forming the main reserve of glucose in the body and thus constituting an important source of energy for humans.
Different forms of the disease exist depending on the symptoms and chemical molecules found in the tissues. Some enzymes are responsible for this abnormal accumulation of glycogen. These include glucose 6-phosphatase ,α-1-4-glucosidase . 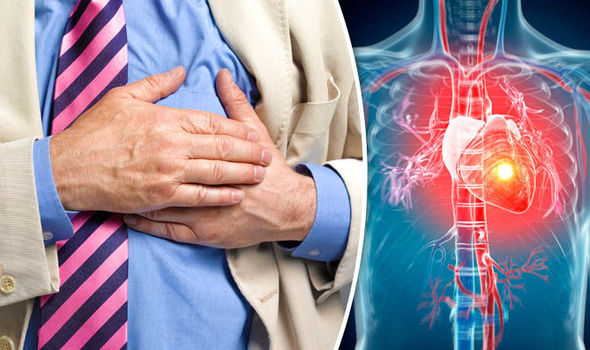 Indeed, this latter enzyme is found in an acidic form in the body and is capable of hydrolyzing (destroying a chemical substance by water) glycogen in units of glucose. This molecular activity therefore leads to an intralysosomal accumulation (intracellular organelle in eukaryotic organisms) in glycogen.
This deficiency of α-1,4-glucosidase is only expressed by certain organs, and particularly the heart and skeletal muscle.

Pump Disease results in skeletal and respiratory muscle involvement. Hypertrophic cardiopathy (thickening of the cardiac structure) is often associated with it.

This disease affects adults more. However, the symptoms associated with the adult form differ from the symptoms associated with the infant form.
This is an inherited pathology by autosomal recessive inheritance.
The gene encoding the enzyme α-1,4-glucosidase is carried by an autosome (non-sexual chromosome) and the recessive subject must have two identical alleles to express the phenotypic characters of the disease.

Pompe disease is therefore characterized by an accumulation of glycogen in the lysosomes of the skeletal muscles and the heart. However, this pathology can also affect other areas of the body: the liver, the brain or the spinal cord.
The symptoms are also different depending on the subject affected.
– The shape affecting the newborn is characterized mainly by hypertrophic heart disease. This is a heart attack with thickening of the muscle structure.
– Infantile form usually appears between 3 and 24 months. This form is defined in particular by respiratory disorders or respiratory failure.
– The adult form, meanwhile, is expressed by progressive heart disease.

The main symptoms of type II Glycogen are:
– muscle exhaustion in the form of muscular dystrophy (weakness and degeneration of muscle fibers that lose their volume) or myopathy (set of diseases affecting the muscles) .This who translates into chronic fatigue, muscle pains and weaknesses. The muscles affected by this disease are the locomotor, respiratory and cardiac muscles.
– an inability for the body to degrade the glycogen accumulated in the lysosome.

Pompe disease is an inherited disease. The transfer of this pathology is autosomal recessive. It is therefore the transmission of a gene (GAA) mutated, located on an autosome (non-sexual chromosome) located on chromosome 17q23. In addition, the recessive subject must have the gene mutated in two copies to develop a phenotype relating to this disease.

Hereditary transmission of this mutated gene leads to a deficiency of the α-1,4-glucosidase enzyme. Since this glucosidase is deficient, glycogen cannot be degraded and accumulates in the tissues.

The risk factors for developing Pompe disease reside exclusively in the parental genotype. Indeed, the origin of this pathology is the inherited autosomal recessive inheritance, it requires that both parents are carriers of the mutated gene coding for an enzymatic deficiency and that each of these genes are found within the cells of the new born so that the disease is declared.

Pre-natal diagnosis is therefore interesting to know the possible risks that the child develops such a disease.

Prevention and treatment of Pump Disease

For the “late” form of childhood and adult, patients may become dependent (wheelchair, respiratory assistance, etc.) in the absence of treatment.

The diagnosis is mainly based on a blood test and a specific genetic test of the disease.
Biological screening consists of the demonstration of an enzymatic deficiency.

Pre-natal diagnosis is also possible. It is a measure of enzymatic activity in a trophoblast biopsy (a fibroblast cell layer that gives birth to the placenta in the third month of pregnancy). Or by identifying specific mutations in fetal cells in the affected subject.
Enzyme replacement therapy may be prescribed for patients with Pompe disease. This is alglucosidase-α. This recombinant enzyme treatment is effective for the early form but has however not been proven as a benefit in later onset forms.