The pyramidal syndrome refers to all motor disorders caused by an attack of the pyramidal pathway. The pyramidal tract, also called pyramidal tract or cortico-spinal route is the support of the voluntary motricity: it transmits the motor control of the central nervous system from the cortex to the spinal cord. This syndrome results in a set of motor deficit that makes it difficult, if not impossible, everyday actions such as walking and clothing, as well as spasticity. Physiotherapy allows the patient to fight, to a certain extent, against the alteration of his motor skills. 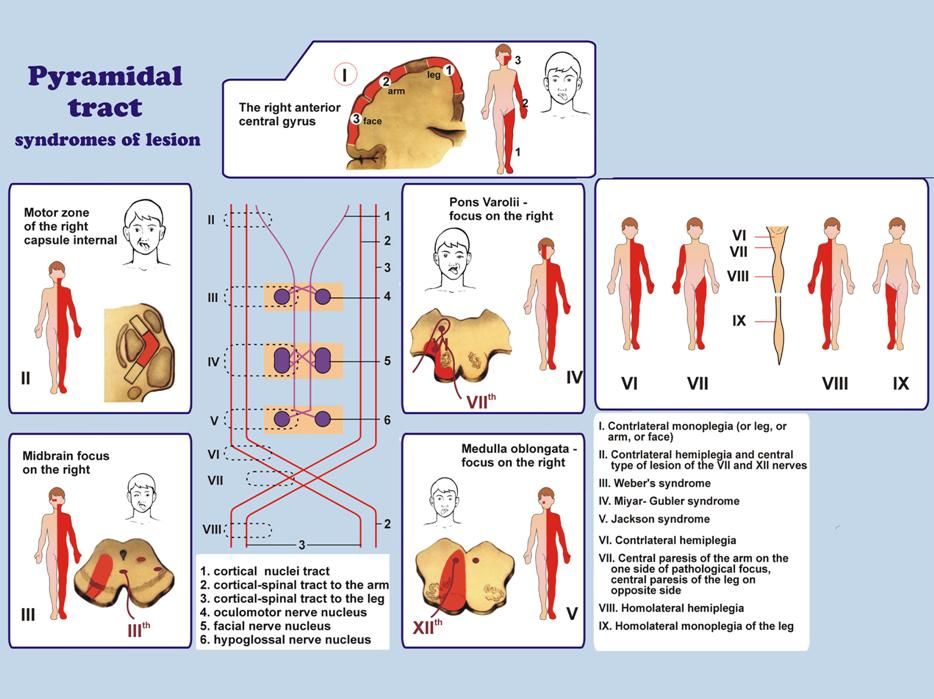 The symptoms associated with a pyramidal syndrome depend on the location of the lesions of the pyramidal tract. The main function of the pyramidal pathway is to ensure motor skills through the will. Its involvement causes paralysis or paresis (partial or transient paralysis) of muscles of the body, making for example difficult walking (claudication) or impossible.

The plantar skin reflex, often called the Babinski sign, is the only specific sign of pyramidal involvement. : to the stimulation of the sole of the foot, the affected person responds with an extension of the big toe in a slow and so-called “majestic” way, instead of bending the toes by reflex.

A stroke (stroke), cerebral hemorrhage, traumatic injury, tumors (benign or malignant), multiple sclerosis, or a generalized seizure, are all causes of damage to the road corticobasal spinal and therefore risk factors for the appearance of a pyramidal syndrome.

Prevention and treatment of pyramidal syndrome

The treatment varies according to the location of the nerve lesion and its cause. Several medications are used to treat muscle spasticity. It is also treated with intramuscular injections of botulinum toxin. This toxin produced from the bacterium Clostridium botulinum inhibits the release of the neurotransmitter acetylcholine and causes relaxation of the muscle fibers. Physiotherapy (or physiotherapy) rehabilitation of muscles with paresis is at the heart of treatment.