The Salmonellosis is an infection with bacteria called Salmonella or Salmonella. It is one of the leading causes of food poisoning in Canada.

Most infected people suffer from stomach cramps, diarrhea and fever. These symptoms occur 12 to 72 hours after ingestion of the contaminated food. Salmonella is found mostly in raw or undercooked foods: poultry, meat, seafood and eggs. It can also contaminate vegetables or food left without refrigeration for several hours.

Usually, recovery occurs in 4 to 7 days, without the need for treatment. However, the infection can be serious and even fatal for the elderly or sick as well as for infants. 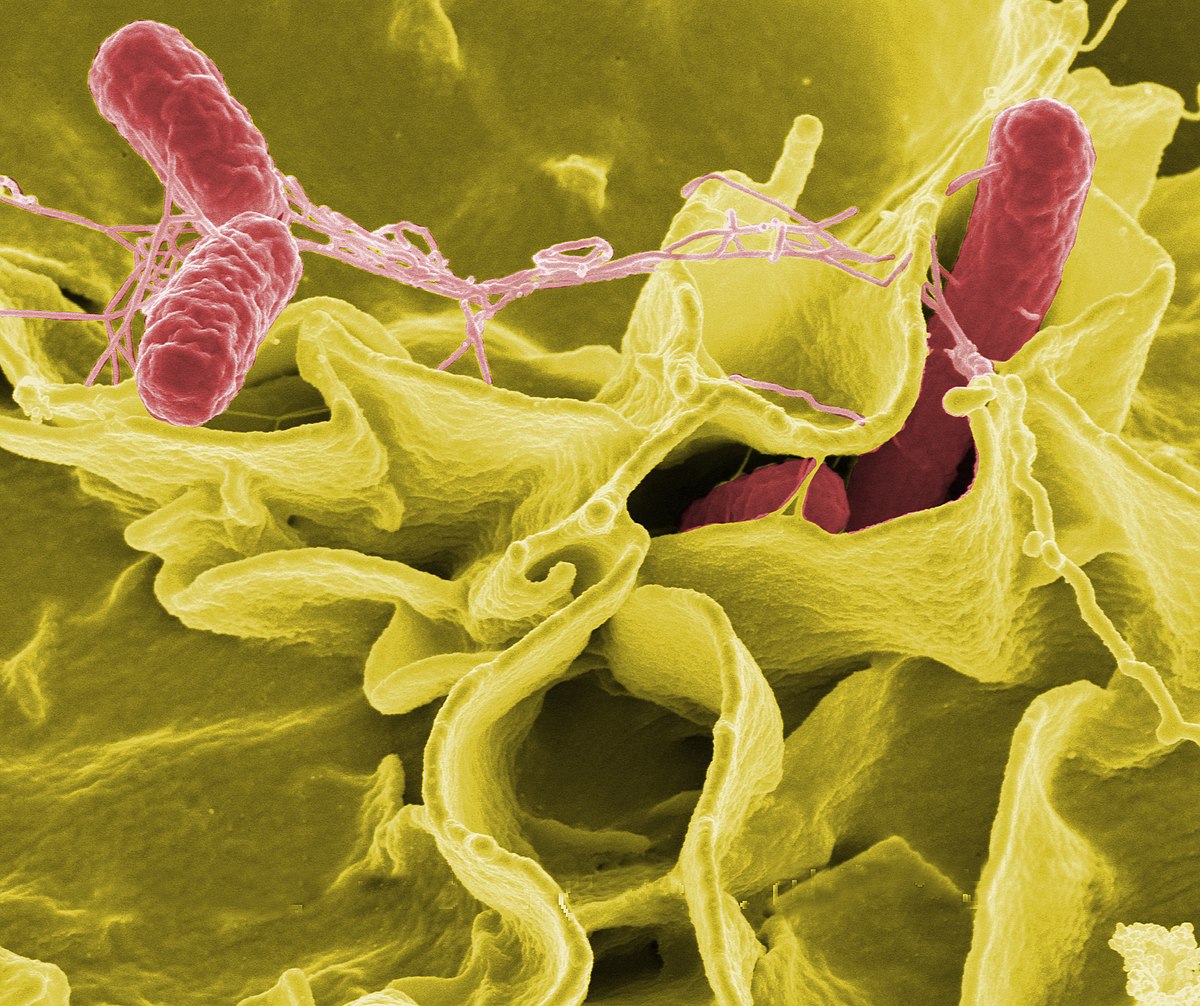 According to Health Canada, an estimated 2 million Canadians are victims of food poisoning each year. From 6,000 to 12,000 cases of salmonellosis are reported each year. However, the number of actual cases would be much higher because many have only mild symptoms that sometimes go unnoticed. The children are more at risk of salmonellosis: those under 5 years old are five times more affected than the general population.

People who live in areas of the world with poor sanitation are at higher risk for salmonellosis.

Food. In more than 90% of cases, it is the consumption of a food contaminated with animal excrement that is involved. Food contaminated with Salmonella does not necessarily have visible discolouration or a suspicious odor. It is mainly eggs (and products containing them), meat and poultry eaten raw or undercooked.
However, any food – including fruits and vegetables – is likely to carry Salmonella, especially if it is washed with contaminated water or comes in contact with contaminated raw meat.
Even if meat has been properly frozen, it can be risky. In fact, as soon as the cold chain is broken, there is a risk of contamination. This is why summer is more conducive to salmonella contamination.
Only cooking can be right for the bacteria. Perfect hygiene during meal preparation is therefore essential to guard against contamination (see the Prevention section).

Pets. Salmonella is naturally present in the intestines of animals. Many cases of salmonellosis in children have been associated with birds or reptiles (especially turtles and iguanas but also lizards and snakes) that were used as pets. Contamination can occur simply by touching the animal (the skin of reptiles is often contaminated) or its excrement but this is not always the case. The mere touching of an object in contact with the animal may suffice.

Transmission from one person to another. The risk is higher when the infected person prepares a meal for other people. In general, Salmonella can be found everywhere in a house because it is a resistant bacterium that can survive for a while outside of a living host.

Usually, salmonellosis has no serious consequences. However, the elderly, infants and the debilitated can suffer more seriously.

The most common complication is dehydration. Therefore, it is advisable to be well hydrated as long as the symptoms persist. It may take a few weeks before bowel function returns to normal.

On rare occasions, the infection crosses the intestinal barrier and spreads to various parts of the body through the bloodstream. It is then necessary to treat the infection with antibiotics without delay.

Some people with salmonella may develop a form of reactive arthritis 3 to 4 weeks after infection: Reiter’s syndrome. It is exceptional, however.

People who have already been infected with salmonella often become asymptomatic carriers of the bacteria for some time. This means they have no symptoms but excrete bacteria in their stool. For adults and older people, this state lasts on average up to 12 weeks after infection and up to 1 year for children 5 and under. Less than 1% of people become chronic carriers. Asymptomatic carriers may still be contagious but the risk is relatively low and the duration of the contagion period is unknown.

Another strain of salmonella, Salmonella typhi, causes a high fever called typhoid fever, rather than digestive disorders, but this will not be the case here.

The symptoms of salmonellosis can be confused with those of many other diseases.

People at risk for Salmonellosis

Some people are more likely to be victims of food poisoning. They struggle harder against infections. Particular vigilance is required when preparing food. 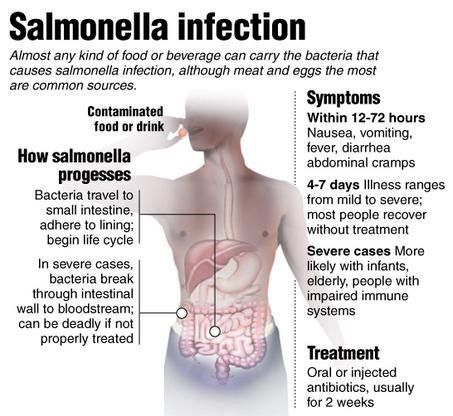 The prevention of salmonellosis 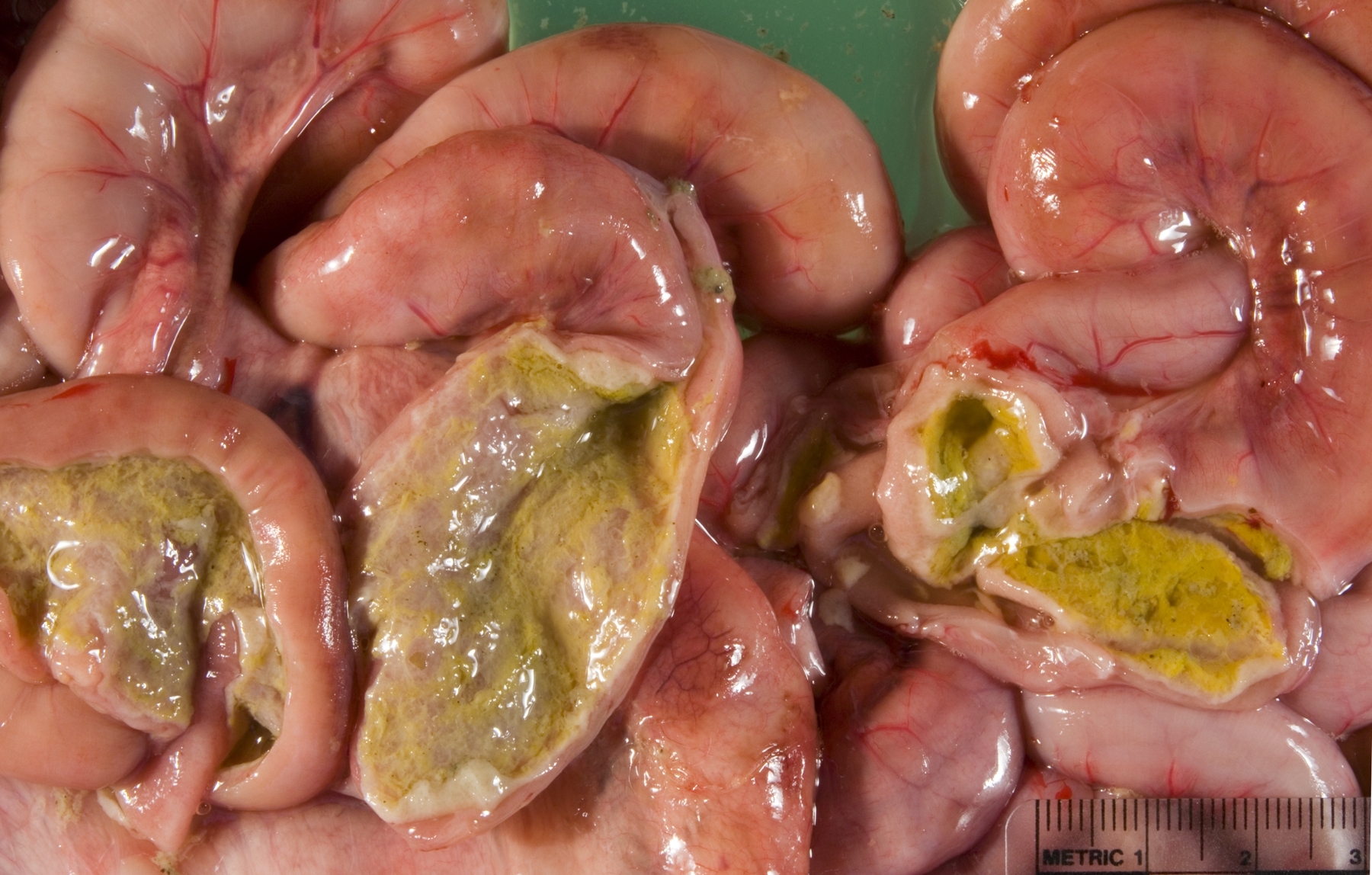 Most people recover on average after 4 to 7 days. The usual treatment consists of a simple rehydration: drink plenty of water, soups, broths, etc. If necessary, prepare a rehydration solution (see box below).

See a doctor as needed

When diarrhea or fever is severe, dehydration sets in, or the person is weakened, seek medical attention. A stool test can detect the presence of salmonella and also know the precise strain of bacteria (there are several types of salmonella). Sometimes it is necessary to be hospitalized and rehydrated intravenously.

As long as the discomfort persists, it is better to avoid eating the following foods, which aggravate cramps and diarrhea.

Once the nausea has disappeared, we gradually reintroduce a solid diet by focusing on certain foods that are easier to digest. Starchy foods like white rice, sugar-free cereals, white bread and crackers are usually well tolerated. Stop eating if the discomfort returns. Then gradually add fruits and vegetables (potatoes, cucumbers, and squash), yoghurt and protein foods (lean meat, fish, eggs, cheese, etc.).

Of antibiotics are administered if the infection through the intestinal barrier and wins the bloodstream (a bacteremia). This is the case for about 8% of salmonella infections. Children are treated with ceftriaxone or azithromycin and adults with levofloxacin or azithromycin. The treatment normally lasts 5 to 7 days. Its duration is extended for people whose immune system is weakened. Some strains of salmonella have developed resistance to antibiotics. It may happen that a second treatment is required.

Attention. The drugs against diarrhea, such as lope amide (Imodium) and bismuth subsalicylate (Pepto-Bismol) are not recommended because they prolong the duration of infection.