Self-esteem is a psychological concept that refers to a person’s overall positive or negative judgment of themselves.

The esteem one will have of oneself will depend on many parameters. The surrounding, the education, the personality, the physical capacity s and intellectual, etc … are all variables that will influence the judgment we make about ourselves. Self-esteem is built during childhood and will evolve over time with experiences of success and failure.

A low self-esteem can lead to discomfort and difficulties in relationships with other people. It will also be a risk factor for the development of psychological disorders. People who have low self-esteem are never well enough, never at the height and suffer terribly.

Finally, a “good” self-esteem would correspond to a satisfactory self-esteem, neither too low nor too high, which favors relationship development and personal well-being.

For some time, researchers and the media have taken a close interest in self-esteem and many health actions are organized to develop a “good self-esteem”. This approach would allow children and individuals to flourish in many areas and prevent them from developing disorders such as depression and certain anxiety disorders .

Disorders of Self-Esteem: How do we rate what we are worth?

This judgment is both subjective and objective. It is influenced by the experiences, the capacities (physical, intellectual) and the optimistic or pessimistic general temperament of the person.

Self-esteem is the set of judgments (being able, important, dignified, etc …) that the person has of herself in different areas (work, school, physical appearance, etc …).

Self-esteem would depend not only on the perception that individuals have of their successes and failures, but also on their goals for success. When a person reaches or exceeds the objectives it has set an example of a successful examination after having worked hard, his esteem for itself would be strengthened.

On the contrary, when the ambitions set are beyond capacity, such as running a marathon with little training, the failure will often be effective and may lead the person to consider himself negatively, if it attached much importance to the success.

It is by knowing its capabilities well and setting achievable goals that we put all the chances of success on our side. .

It is often difficult to know one’s real abilities. The vision we have of them is strongly influenced by the judgment of others and by our feelings. People will always tend to overvalue or underestimate themselves.

School pedagogues and psychologists are very interested in the self-esteem of children. With the house, the school is the second important place where children’s self-esteem is established.

The self-esteem that the child has at the outset will depend very much on the quality of the relationship he has with his parents and the school (teacher and classmates). The educational style (liberal, permissive or authoritarian) or not encourage self-acceptance and self-confidence of the child. Finally, adults’ rhetoric about the child’s abilities is also important. Allow the child to know its strengths and weaknesses and accepting is important that they develop a good sense of themselves s.

Over time, the child confronts new experiences and stands out from the image of him that adults (parents, teachers) send him back. He becomes self-conscious little by little, thinks and makes judgments about himself. The vision and judgment of others will always be a factor of influence but to a lesser extent.

In adulthood, the basics of self-esteem are already in place and the experiences especially professional and family will continue to feed the esteem that one carries oneself. 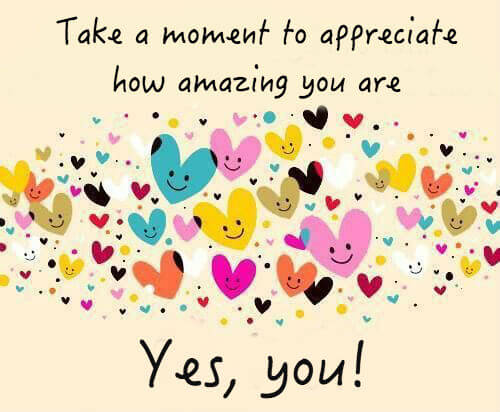 A person who has a low self-esteem can:

A child who has low self-esteem will often develop behavioral problems, he can:

In the studies, there are several disorders associated with low self-esteem. Depression  is one of the major diseases strongly linked to a self-esteem disorder. The people anxious  also would present a lower esteem itself that people not suffering from anxiety. Similarly, people with eating disorders such as bulimia and anorexia, would have a low esteem and based largely on physical appearance. Finally, when we ask people suffering from addictions (alcohol, drugs, etc …), we see that they have a very negative image of themselves.

Many scales and questionnaires are used by health professionals (psychiatrist, psychologist, school psychologist, etc …) to probe the self-esteem of people. These tools vary in their design (theoretical model used), their form (questionnaire, inventory, etc …) and the intended audience (children, adolescents, adults).

The Rosenberg  self-esteem scale is a scale often used by psychologists practicing with adults. The patient is asked to respond gradually (strongly disagree, somewhat disagree, somewhat in agreement, strongly agree) to a dozen statements such as “I feel little reason to be proud of myself.”Sometimes, I feel really useless.” Depending on the answers given by the interviewee, the psychologist will be able to determine if the person may have a self-esteem disorder.

Some fairly simple principles to put in place can promote the development of a good self-esteem in the child. These guidelines are intended to encourage the child to have confidence in him while allowing him to develop his talents.

Thanks to educational rules (clear, realistic, few) that allow him to evolve in a safe environment; the child will be encouraged to express his opinion while referring to the educational framework defined by his parents. It is important to teach him very early that if the rules are not respected, there will be consequences:

Any problems with self-esteem should be reported to a health professional. Psychiatrists, psychologists and some social workers are trained to accompany self-esteem disorders.

T hérapies cognitive behavior is widely used to accompany people who suffer from a disorder of self-esteem. Using practical exercises and role plays, the therapist will get the person to know each other better, to accept his strengths and weaknesses and to assert him by better supporting situations of failure. A work on the negative thoughts and emotions that the subject has about him will be the basis of this therapy.

The psychoanalysis can also provide valuable assistance to promote self-esteem. Guided by a therapist in the analytic cure, the person will have access to a better knowledge of herself. It will be able to face differently its blockages and to put more easily in question its mode of operation.