What is commonly known as sleeping sickness is African human trypanosomiasis . Like malaria , it is a tropical disease, more specifically a tsetse-transmitted parasitosis, which occurs exclusively on the African continent. In the absence of treatment, parasites injected into the body by an infected tsetse fly invade the central nervous system, causing sleep and behavioral disturbances and leading to death by meningoencephalitis.

Sleeping sickness is present in 36 countries in sub-Saharan Africa, and the vast majority of cases are reported in the Democratic Republic of Congo. However, the epidemic has declined sharply, thanks to joint health programs led by the World Health Organization (WHO) and the countries concerned. The WHO indicates that the number of new cases of African trypanosomiasis reported between 2000 and 2012 fell by nearly three-quarters. The organization’s goal now is to eliminate the disease as a public health problem by 2020. 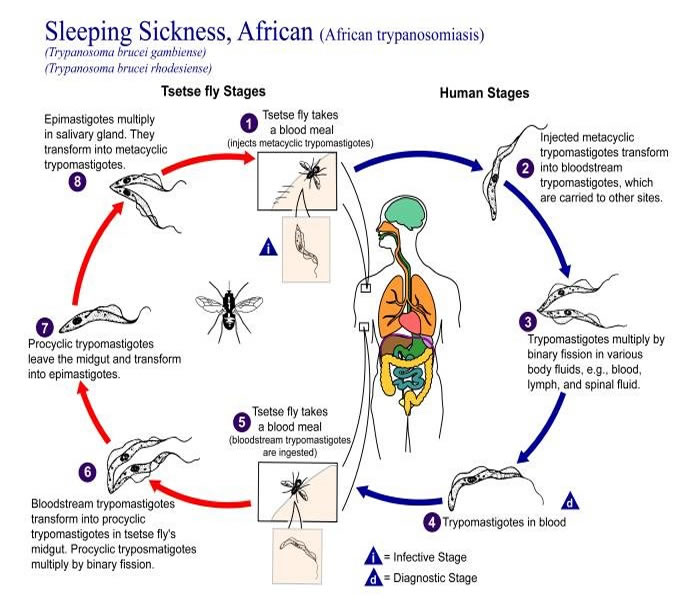 There are two phases in the evolution of the disease and its symptoms:

Symptoms can sometimes appear several months or even years after infection. If the disease is not treated, it causes death in a few months or even weeks.

The disease is caused by the injection into the body by the tsetse fly (also called tsetse fly) of a parasite of the genus Trypanosoma . Two species of parasites cause two distinct forms of sleeping sickness: 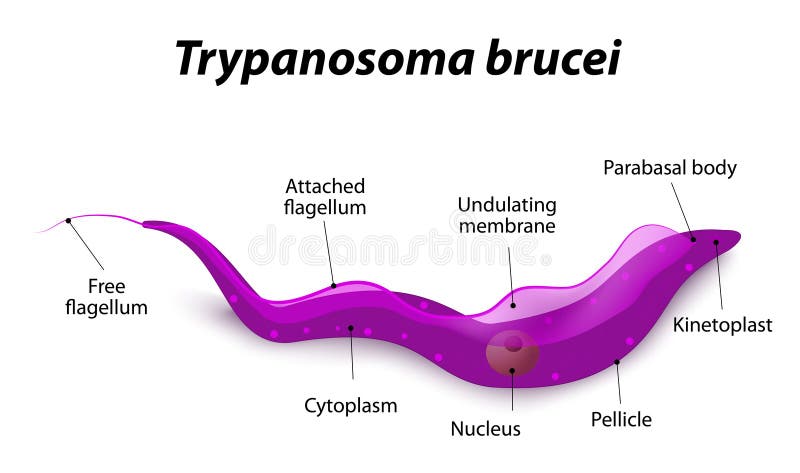 If we observe a decline in sleeping sickness, the World Health Organization estimates that 70 million people are still exposed on the African continent. First and foremost are people living in remote rural areas, who live on agriculture and livestock, who are more likely to be stung by the tsetse fly.

It should be noted that sting transmission of infected tsetse fly is largely predominant, but is not the only one possible: cases of mother-to-child transmission during pregnancy and through sexual contact have been reported.

Prevention and treatment of Sleeping sickness

Public health programs focus on controlling the presence of the tsetse fly and expanding testing opportunities to hard-to-reach populations.

The chances of recovery are even higher when the diagnosis is early and the first phase of the disease is relatively simple to treat (using Pentamidine and Suramine). In contrast, treatments are much more complicated, random and expensive once the central nervous system is affected. An arsenic derivative (Melarsoprol) is used, resulting in 5% of deaths from encephalopathy. Other recently developed treatments (combining Eflornithine and Nifurtimox) are effective but complex.